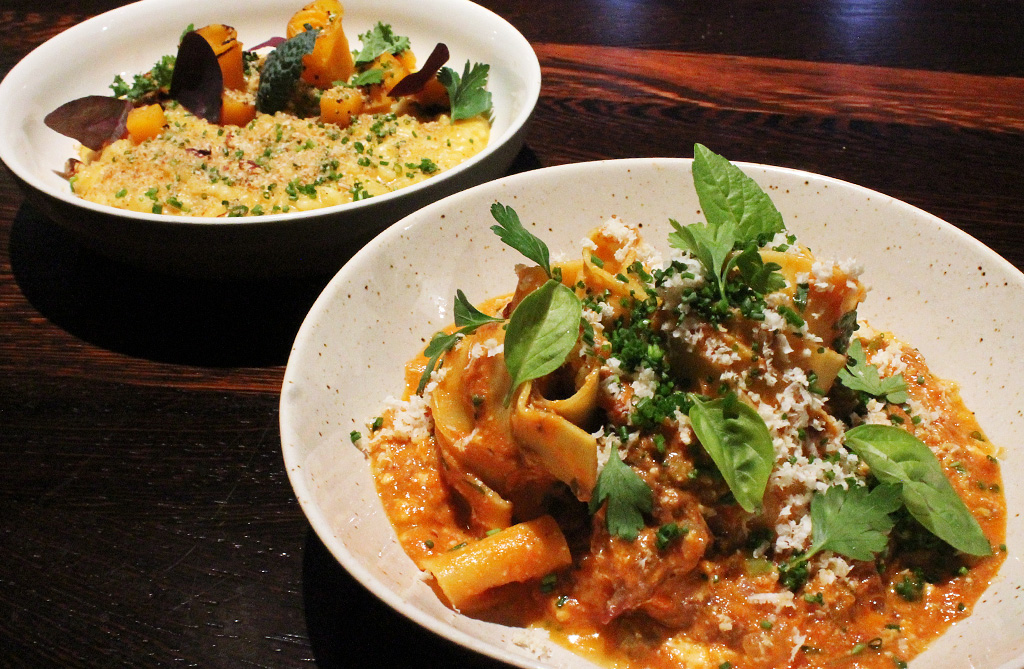 In my time in Austin, I’ve not seen an abundance of Italian options. In some special cases, they’re varied and diverse. Unfortunately, most of the time they’re somewhat basic and run-of the mill, so I jumped at a recent chance to dine at Juniper. Juniper specializes in Northern Italian cuisine, something somewhat specific, and turned out to be just as delicious as I’d anticipated. 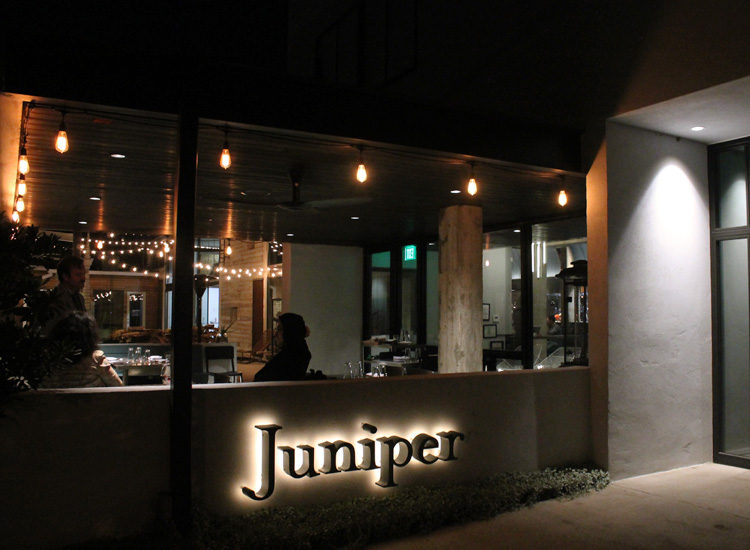 Outside of Juniper – Photo by Phatfoodies

The space itself was very organic, from the somewhat minimal dining space to the bar area that was a little more busy and varied. This juxtaposition made a lot of sense, considering the bar also exposed the kitchen. The transition from this area to the primary dining area seemed really fluid. 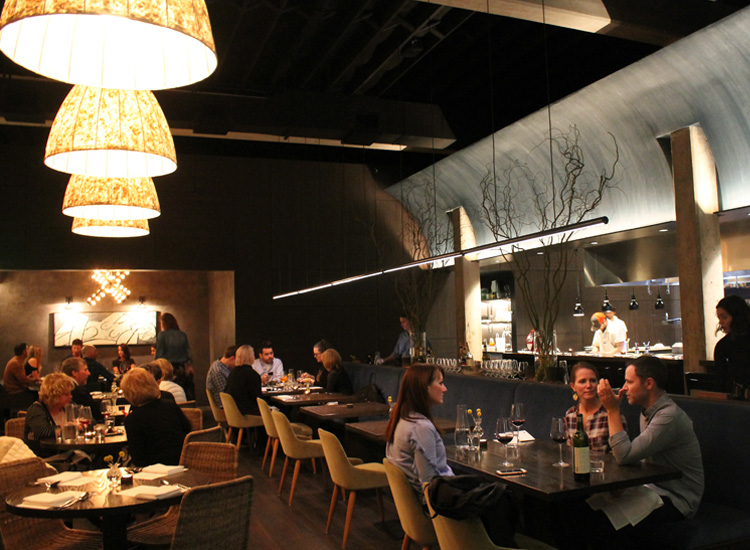 I glanced briefly at the cocktail menu and briefly sampled the Victrola, a Bourbon-based cocktail with a thistle Amaro blend and aromatic bitters. It was kind of an Italian version of an old fashioned, very balanced and tasty, especially for a bourbon drink. 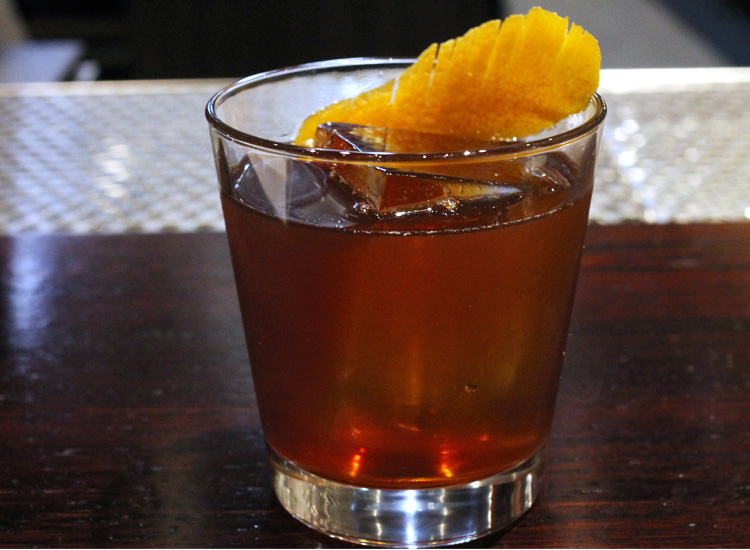 I gazed with excitement at the menu of entrees like thin pasta with blue crab, oxtail pappardelle, and mushroom gnocchi. I knew immediately this would be dining experience that I would not soon forget. I soon learned that all of the bread, pasta, and ricotta was made onsite at the restaurant, and all of the herbs used were locally grown — some even right outside the restaurant. After hearing this I knew I was in for something special. As much as I wanted to dive into some of the entrees, the starters and small plates also looked intriguing, so I focused on those to start. 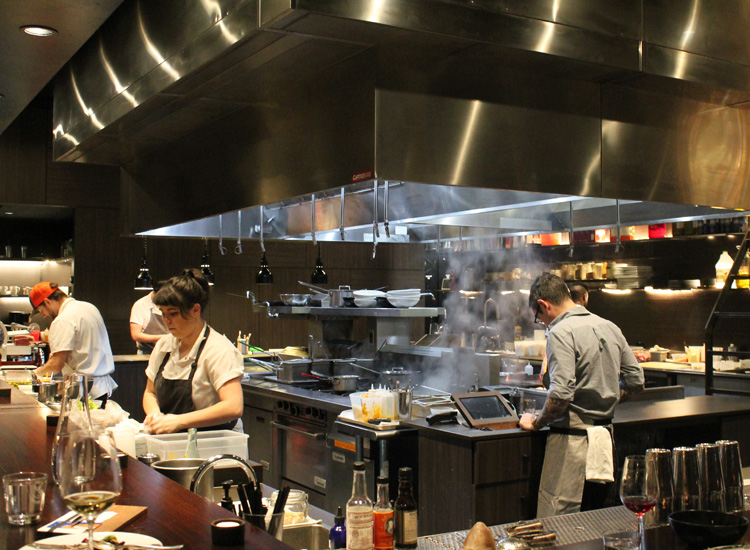 While pumping the brakes on my entree excitement, I decided on a few different Ciccheti’s, the designation given to the small plates at Juniper. Puffy potatoes, meatballs, and yellowfin crudo would all make the cut.

The potatoes were very light and delicious fried bites that were accompanied by a really tasty Dijon sauce. The bites themselves were so light and fluffy they practically melted in your mouth. The Dijon was very flavorful without being over the top, and created a fantastic flavor profile. 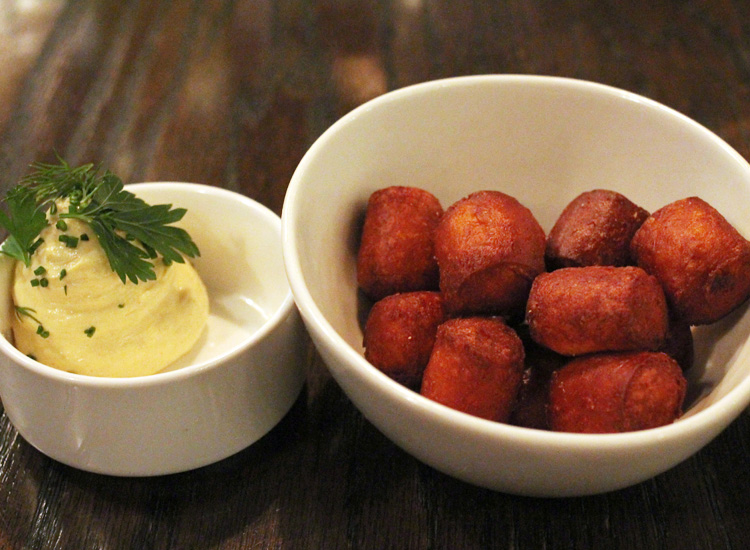 I also had to try the meatballs, which were simple, but good-another dish that highlighted Juniper’s ability to stick to the basics, but pull off really outstanding flavors. 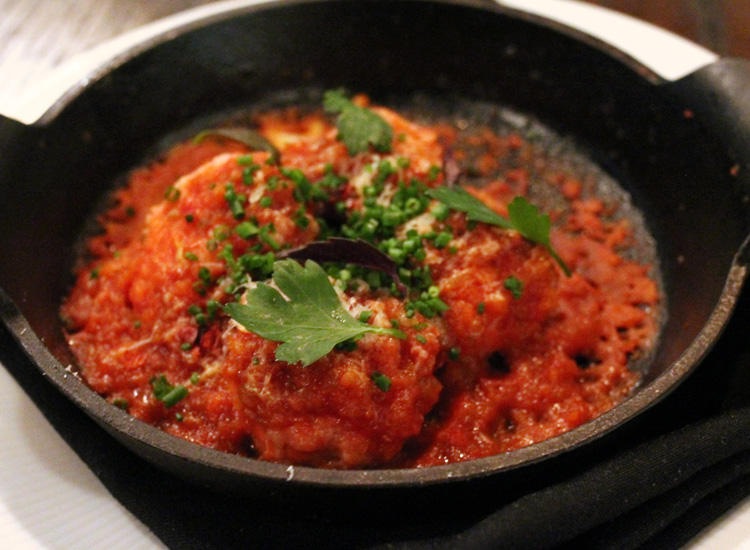 Meatballs with Red Sauce and Parmesan – Photo by Phatfoodies

Next up was quite possibly my favorite dish of the evening, the yellowfin crudo. A delicious mash up of confit potato, yellowfin tuna, arborio grains, and fennel, this dish was the highlight of the small plates. The tuna was tender, just the right amount of salty, and  perfectly accompanied the flavors presented by the other key ingredients in the dish, especially the confit potatoes. An interesting ingredient included in this dish was caper berries, which almost tasted like a more subtle green pepper. This was one of the more complex dishes on the menu and something you’ll definitely want to try. 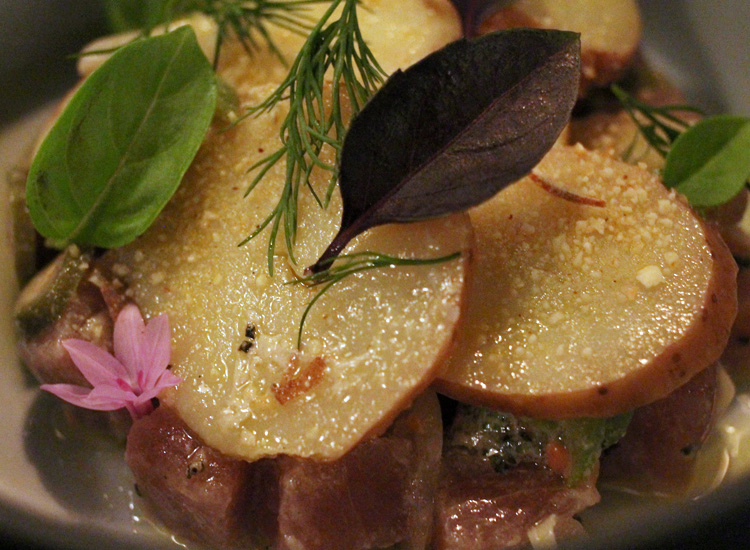 The main courses were soon to follow. The thin pasta was bright, and the blue crab gave this dish a little bit of girth, but not too much. It was still very light and toned down. Paired with chive and celery, this dish was very well balanced, and you could taste the work and craftsmanship that went into executing this dish. 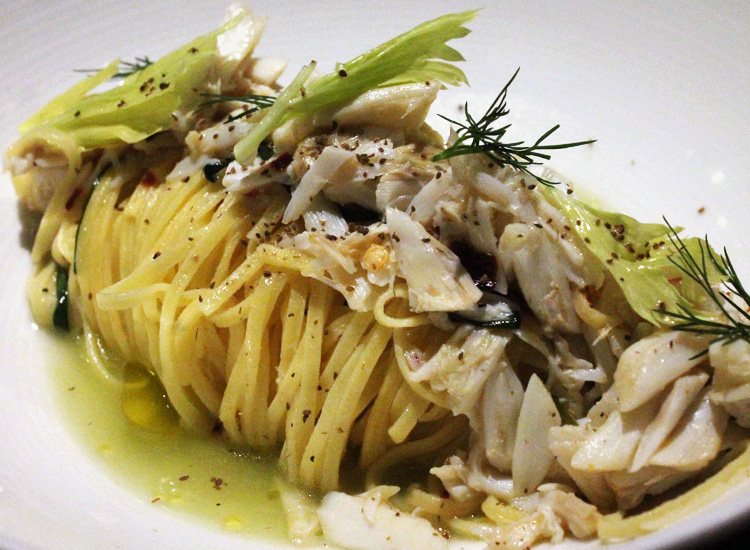 The pappardelle was probably the heaviest dish, withthick noodles, delicious red sauce, oxtail, horseradish, and house-made ricotta. The weighted flavor components of this dish gave it a nice little kick;  I felt this dish was essential to the Juniper experience. I hadn’t really had much experience with oxtail, as it’s usually in Caribbean and South American cuisine, but it worked very well within the confines of this dish. It was crafted quite boldly, but the audacity paid off in spades. 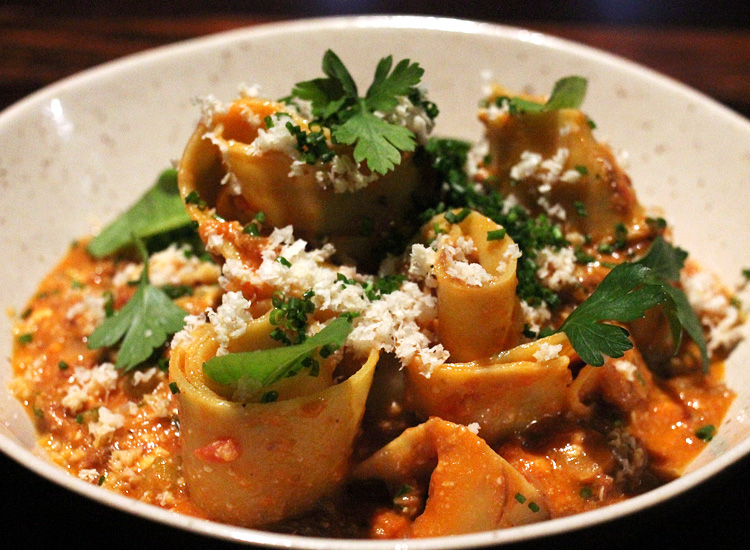 The ricotta gnocchi was also very hearty, but very good. The mushrooms in this dish really accentuated the potato pasta. I don’t believe I’ve ever had mushrooms in an Italian dish cooked quite like these. Don’t miss this one, it’s absolutely wonderful. 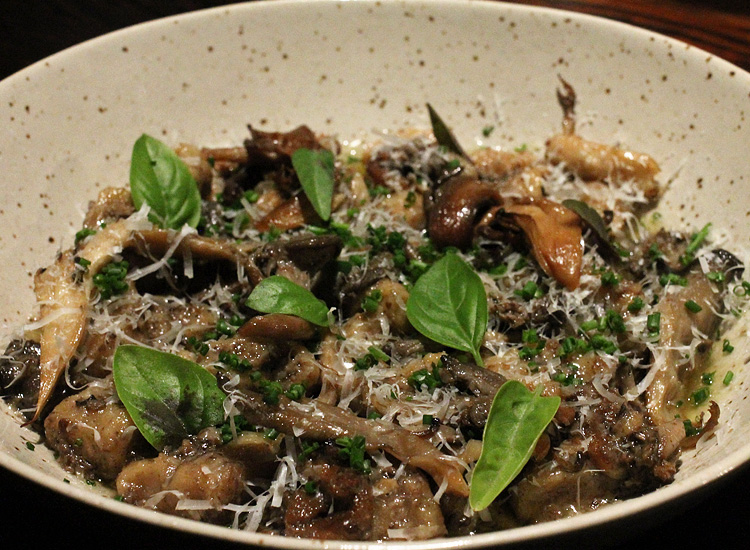 The butternut risotto was also a bit more hearty than I expected, but very good. Butternut squash and fontina were the key components, creating another really tasty dish. One of the main aspects I liked about Juniper was that they took dishes with very simple ingredients and built them up in a way that made them more dynamic than the sum of the ingredients on their own should have been. 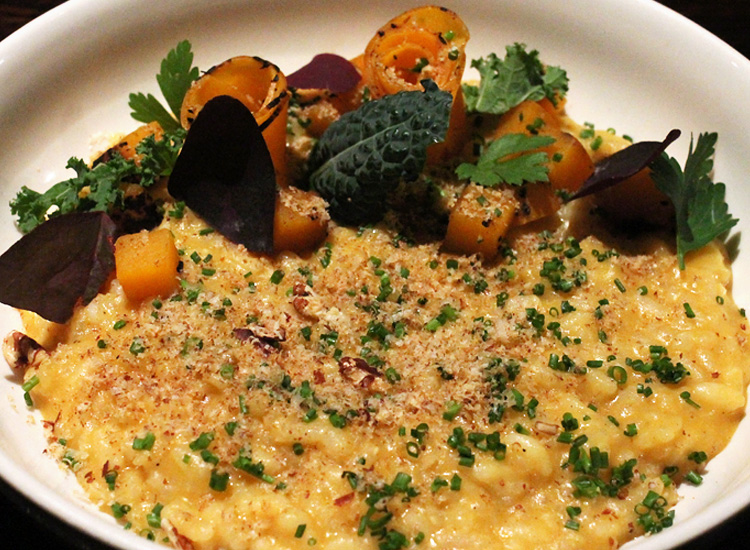 The really cool thing about Juniper is that it caters to many different dining personalities, and that’s not easy to do with a modern Italian format. At times it can be rich and dynamic, other times, simple and light. Either way, you’re going to have an incredible experience and a fantastic meal, should you choose to dine there. 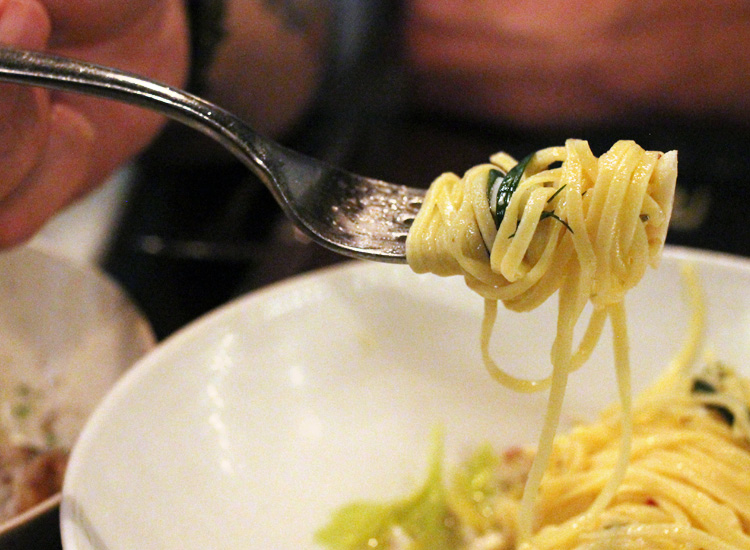 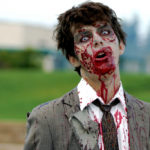 The Littlefield House is the oldest building on the UT campus so it's no surprise that it's one of the most haunted places in Austin.
- October 30, 2020
Everything You Need to Know About Onion Creek Metropolitan Park

Explore one of the many great parks Austin has to offer. This week discover Onion Creek Metropolitan Park!
- October 30, 2020
This Simpsons Pop Up At An East Austin Bar Keeps Austin As Weird As Ever

This East Austin bar is hosting a Simpsons takeover for the third year in a row! Find out how they're navigating a pop-up in 2020.