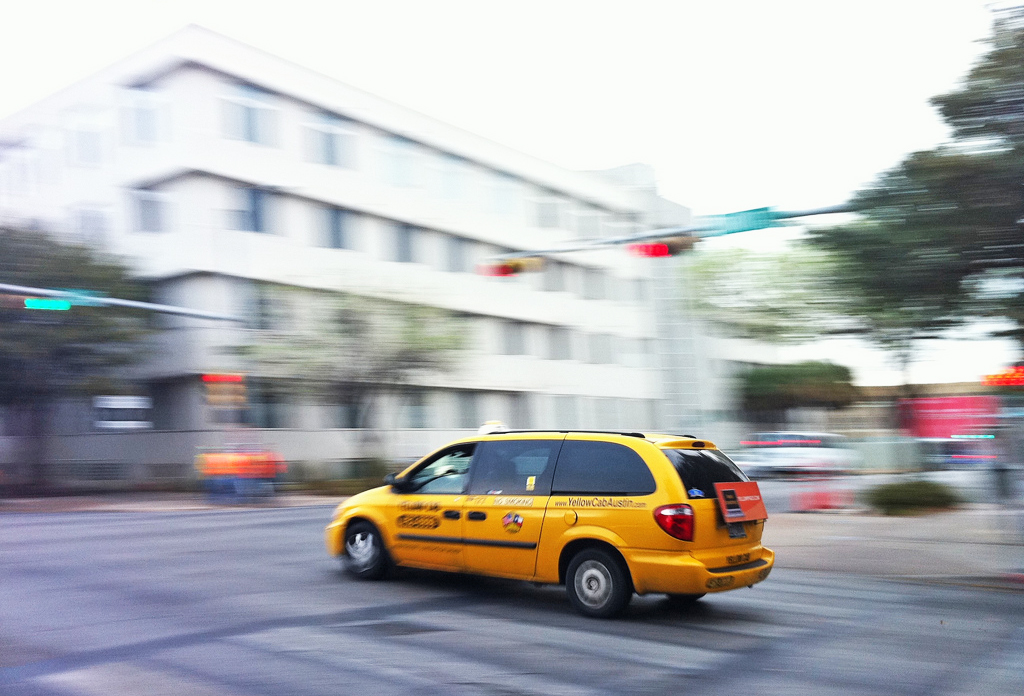 Would You Let A Driverless Taxi Whisk You Around Austin?

Two UT Austin professors believe they have found the solution to Austin’s traffic problem. It’s not a new rail project or a few lanes being added to our highways. It’s a teeming network of shared, self-driving vehicles that cost as little as $1 per mile to charter for yourself.

Relax. No one is going to force you into a self-driving cab and send you speeding down Lamar. That vehicle doesn’t even exist — at least not yet.

The technology needed to build the driverless taxi is still a little ways off, but a recent study released by UT Austin provides two extremely compelling reasons why Austin should be eager to embrace robocabs: They’re vastly cheaper than traditional taxis or even Uber fares, and they massively cut down on traffic if there’s enough on the roads.

That’s a polite way of saying that people are the reason why we have gridlock, but shared robots can slice through it like nothing.

Two of UT’s civil engineering professors, Kara M. Kockelman and Dan J. Fagnant, conducted the study using a complex computer simulation. IEEE Spectrum has graciously demystified the process, for those of us who do not speak Ph.D. level geek. Results gathered using the program show that thousands of Shared Autonomous Vehicles (SAVs) in Austin would slash commuting times and deliver whopping returns on private fleet operators’ robocab investments — even at fares of $1 per mile.

Here’s a telling snippet from page eight of Kockelman’s and Fagnant’s report:

A total fleet size of 1,715 SAVs was generated during the seed day in order to serve the 56,324 person-trips. Assuming an average of 3.02 person-trips per day and 0.99 licensed drivers per conventional vehicle, as shown in the U.S.’s National Household Travel Survey (NHTS) of 2009 (FHWA 2009), each SAV in this (range-limited/geofenced) scenario could potentially replace around 10.77 conventional vehicles, assuming similar demand patterns before SAVs are introduced. Wait times averaged just 1.18 minutes (beyond the average 2.5 minutes associated with the clustering of incoming trip requests to 5-minute intervals), with 98.6% of travelers waiting 10 minutes or less, and average wait times of 4.49 minutes during the peak hour (5PM – 6PM).

Those numbers, combined with stats from a similar study conducted at Columbia University, make it clear that robotic taxis are the solution to Austin’s transportation problems. Now, if only we could get someone to create one.

We wouldn’t be surprised if Google did it first. They’ve already got a sweet self-driving ride (see the video below), and their super high-end Internet service is due to start taking on its first Austin subscribers in December. Tesla is also working to make “autopilot” a standard feature in their vehicles, and Audi has shown off tech that enables a car auto-park itself and then come pick its owner up, all using an app.

With sound luck and leadership, Austin could be among the first cities to reap the benefits of computerized transportation. We surely do need it.