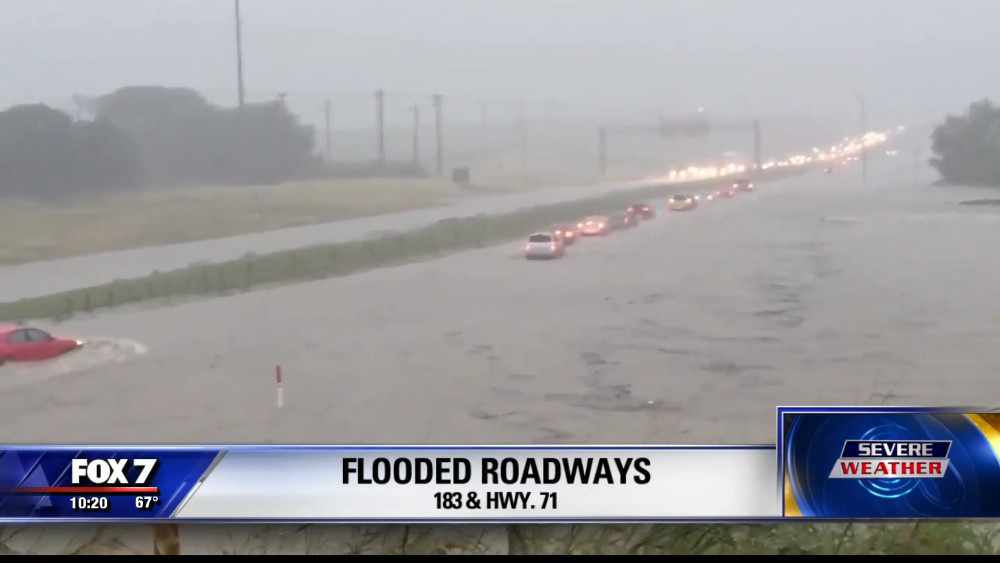 Severe Rains Cause Flooding In Central Texas; More On The Way

Austin and the surrounding areas were slammed by a severe thunderstorm that produced “historic” levels of rain in some areas and numerous road closures. Some forecasts are predicting up to 15-20 inches of rain today, and evacuations are underway in the Hill Country. The situation is developing rapidly.

Update (11:41 a.m.): It appears the heaviest rain has moved out of the Austin area, but meteorologists warn that the danger has not passed. The storm that blanketed Austin in heavy rain this morning is moving north east, dumping even more water upstream, which is causing floods all over town. Shoal Creek and South Lamar are shut down, along with numerous other roads around the city. To make matters worse, forecasts are showing another major downpour is very likely later tonight, which will make the flash flood threat even more extreme.

Stay up to date with the road closures by visiting ATXFloods.com. Several power outages have also been reported. If you are without power, call Austin Energy to report it at (512) 322-9100. Current outages can be seen on Austin Energy’s live power map.