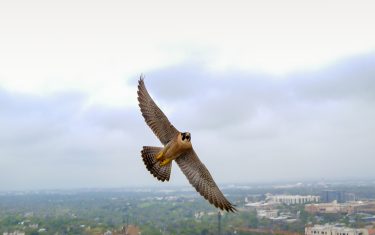 Want to Get Up Close and Personal with a Peregrine Falcon? Now You Can with this New UT Tower Cam

Watching April the Giraffe countdown to delivery was a pretty fun ride while it lasted, and for those of us who felt a spotted hole left in our hearts once it was all over, there is a new female animal now trying to wing her way into our collective hearts. Tower Girl is the beautiful peregrine falcon who calls the UT Tower home. She’s the only peregrine falcon known to take full time residence in Austin, moving between the UT Tower and the Frost Tower, and now you can keep an eye on her day to day comings and goings thanks to a new live streaming webcam.

Birders think that Tower Girl has lived in the tower for about eight years now, and the camera has gone up at what her observers call a “particularly exciting time” because she has recently displayed mating behaviors with a male peregrine for the first time. Not only does that mean that we may have a new baby watch to get excited about, but also, according to the University of Texas press release, “Austin is considered the edge of the peregrine breeding range, so any hatching eggs atop the UT Tower would expand the known breeding range of the species.” All very exciting stuff. 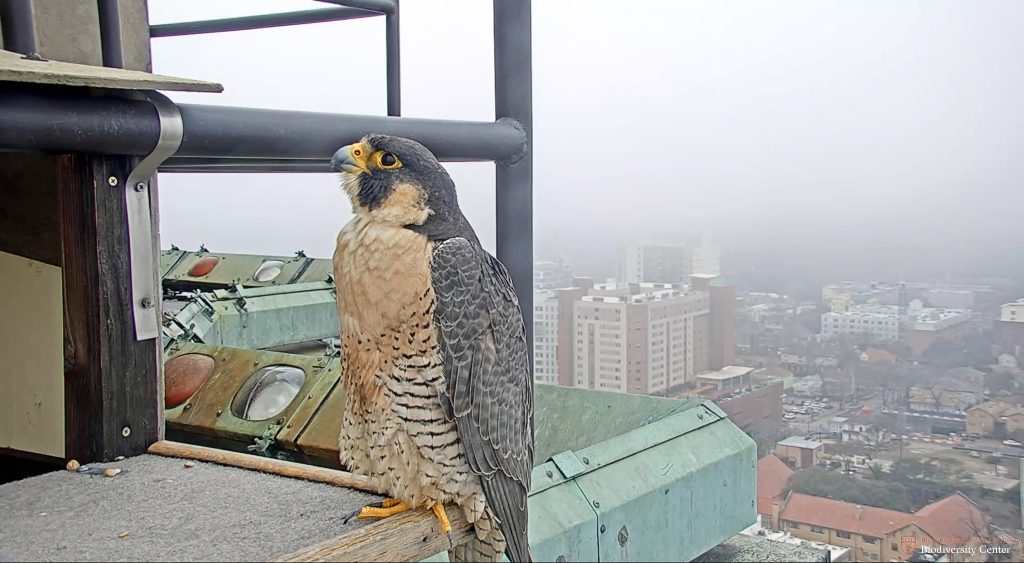 Here are a few more fun facts about Tower Girl and peregrine falcons from UT:

Though she may not replace the bats as Austin’s winged mascots, we think that Tower Girl is going to become an inspiration for people to learn more about animals and conservation. And while we are certainly always excited about the ability to do something without pants on, we sure hope that Tower Girl serves as an intro course into bird watching that inspires some Austinites (especially younger ones) to try out birding as a hobby. If you’re looking for resources in the Central Texas area check out Texas Parks and Wildlife Department and Travis County Audubon Society.