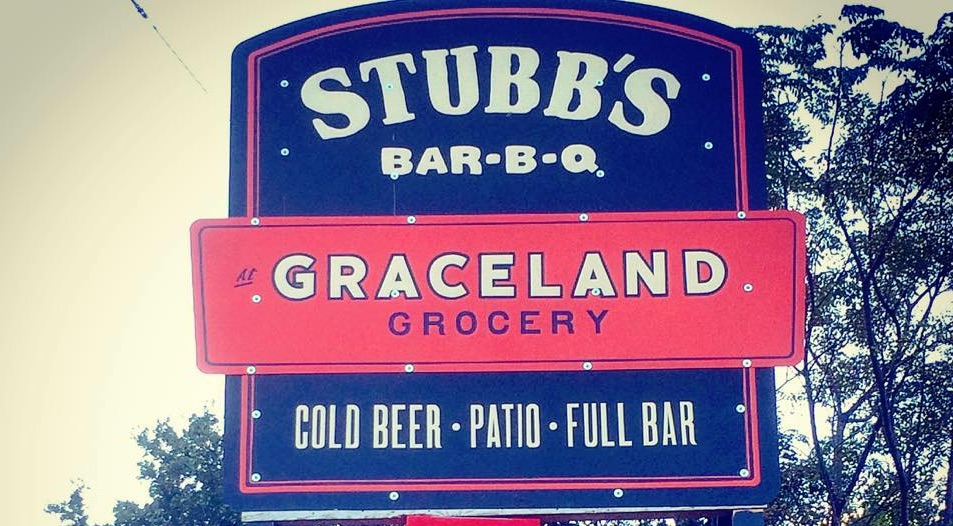 A Visit to Stubb’s at Graceland Grocery in SW Austin

If your family is anything like mine, you’re always on the lookout for a restaurant the whole family can enjoy—which means one with a great playground where the kids can play and the adults can relax nearby with great food and a drink in hand. Well, when some friends mentioned Stubb’s as a great family place, I was confused, since I’d only ever been to (or heard of) the Stubb’s downtown. Turns out, there’s a new(ish) Stubb’s at Graceland Grocery in southwest Austin, near Oak Hill and Dripping Springs, and it’s a fantastic place to bring the kids. We’ve been there twice now in as many weeks, because as far as perfect family restaurants go, it checks off all the boxes and more! 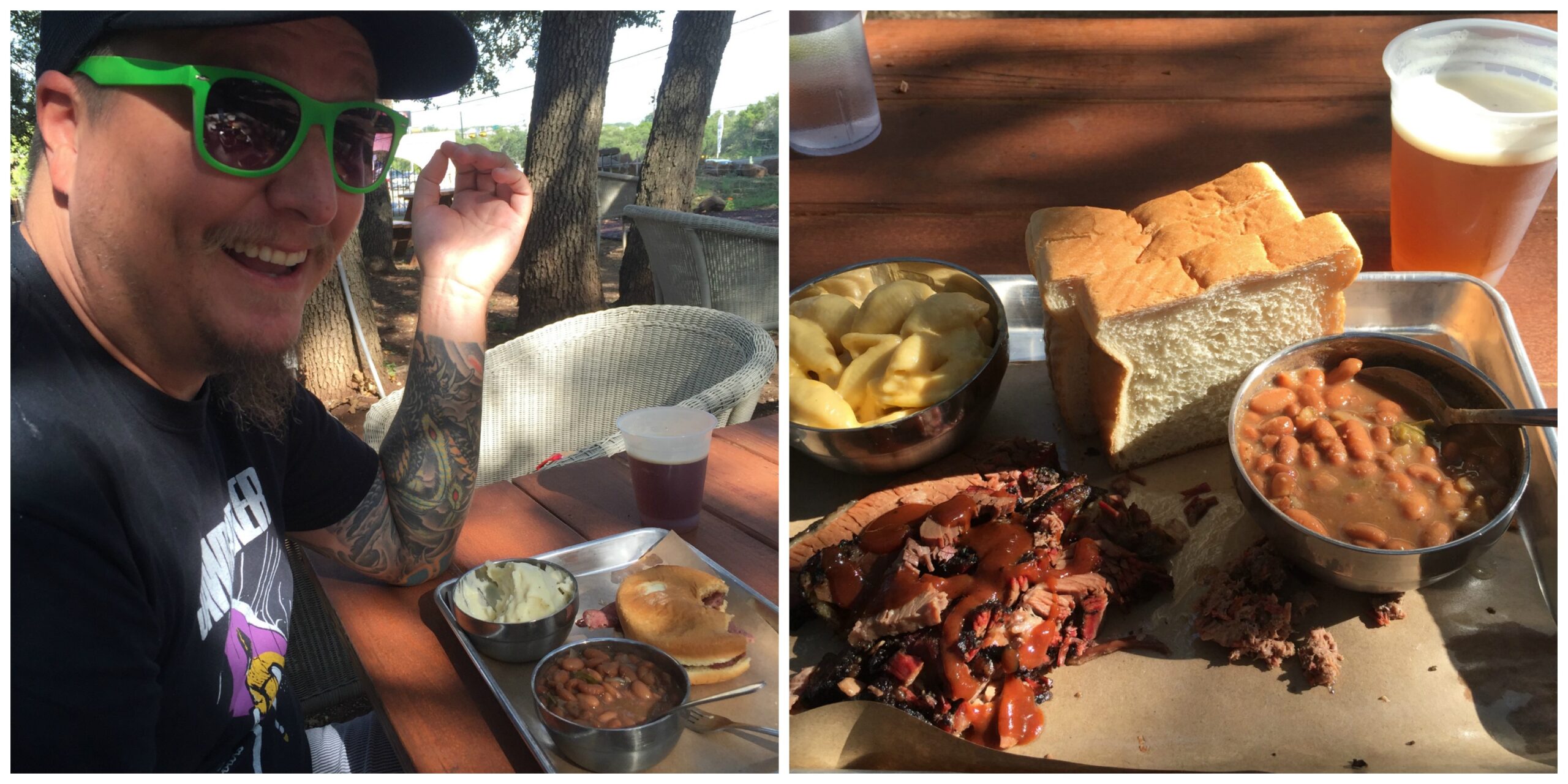 BBQ and beer. Is there anything better on a hot summer day?

Located behind the Graceland Grocery on Hwy 290 West at Circle Drive, Stubb’s is connected with Graceland but is its own separate business, with barbecue, a bar and a stage for live music. There are covered picnic tables down near the bar, restaurant and stage area, but both times we’ve been there, we’ve spent all our time up the hill, above the amphitheater-style area, by the ginormous playground.

There are even more picnic tables under the trees by the playground. Even in the August heat, it’s actually pleasant to sit outside, since the entire area is so shady. That includes the playground, which features a broad expanse of soft, squishy flooring so kids don’t get too hurt when they trip and fall.

Our three-year-old, Zephyr, fell asleep on the short drive from our house to Stubb’s, so while he snoozed in the shade on a couple of chairs, my husband and I ordered our barbecue and beer, and Zeph’s big sister Pearl ran out to the playground. 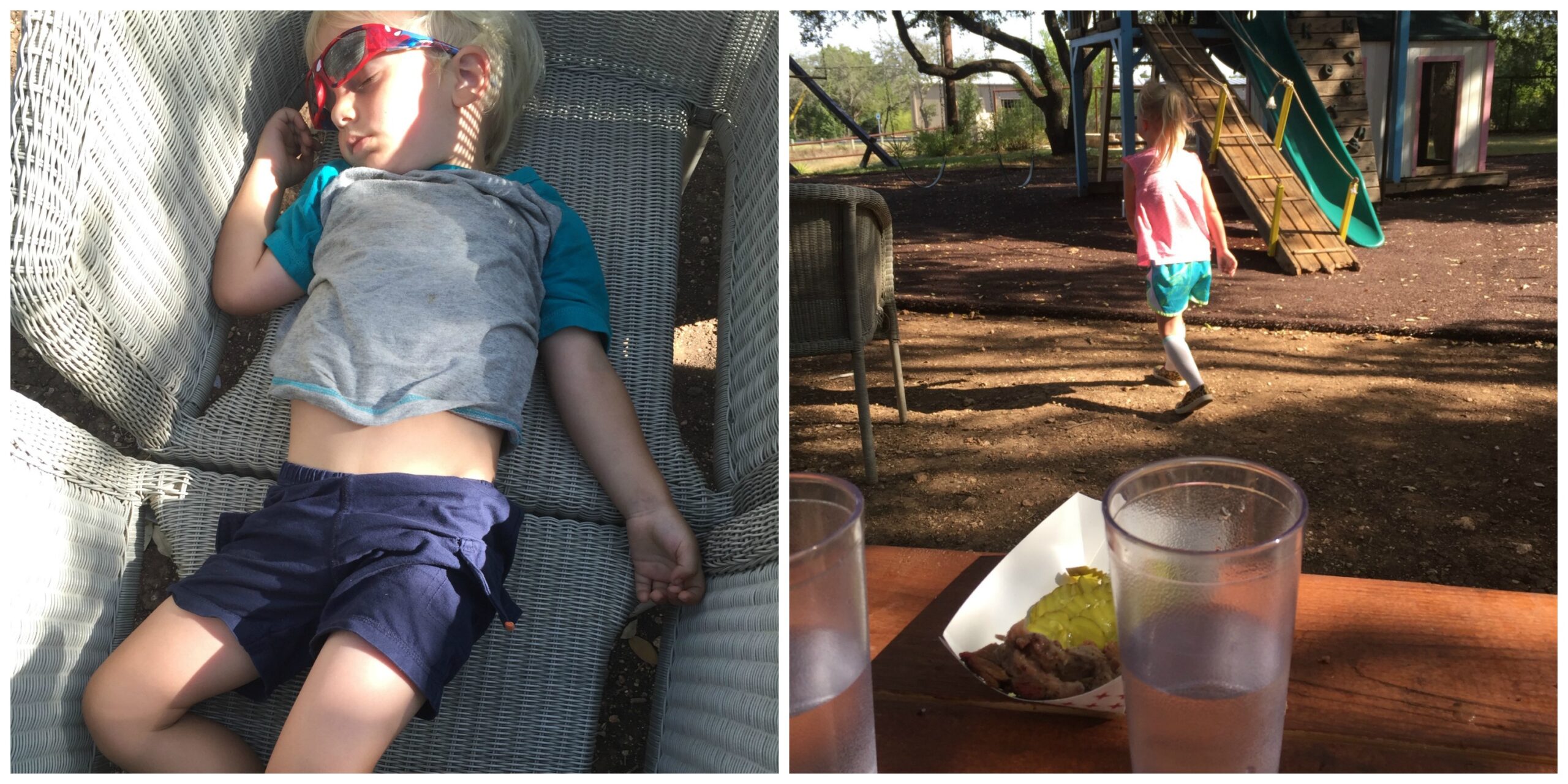 While Zephyr snoozed in the shade, Pearl ran off to play!

Pearl loved the humongous, shady playground with two separate playscapes, a little play house, a climbing wall, two sets of swings and a tire swing… There was even a volleyball court beyond the picnic tables, where Pearl played in the sand (and buried her shoes and socks, much to her parents’ consternation). 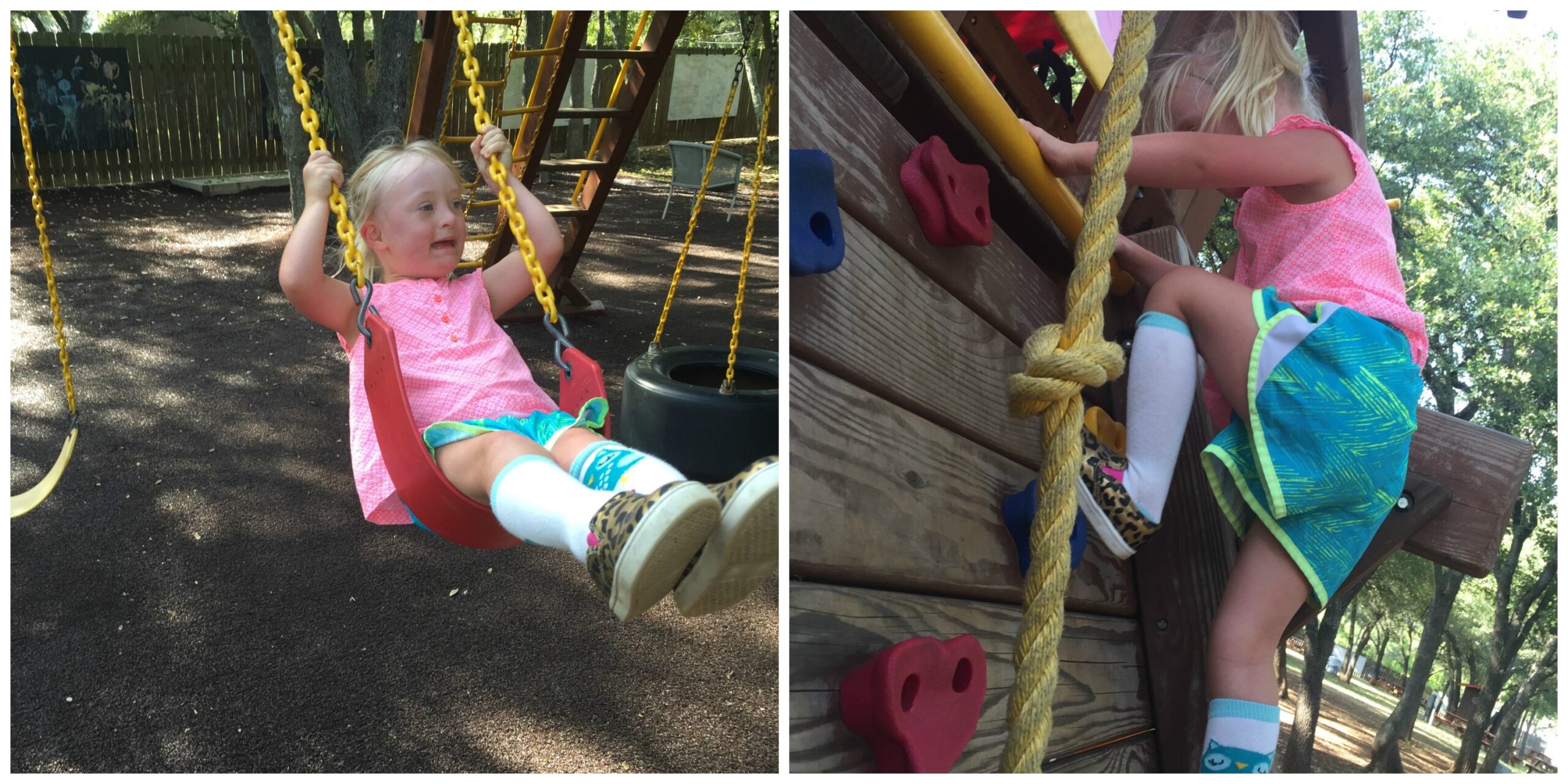 We’ve been to Stubb’s at Graceland twice now, once on a Friday and once on a Saturday, arriving both times around 5 PM. Both times, though we were there on prime weekend evenings, it was hardly crowded at all, at least not when we first arrived. The second time we were there, a really good bluegrass band played (for FREE! I mean, no cover charge—they were the Electric Mountain Rotten Apple Gang and they were great, you should check them out!), and more people started showing up as the evening wore on. There were lots of families with plenty of kids climbing around on the playscapes and playing chase, and everyone was friendly. There was that wonderful, Austin-y, relaxed vibe—the kind generated only by people who know what it’s like to weather through 100-degree temperatures with the aid of a little brisket and beer. 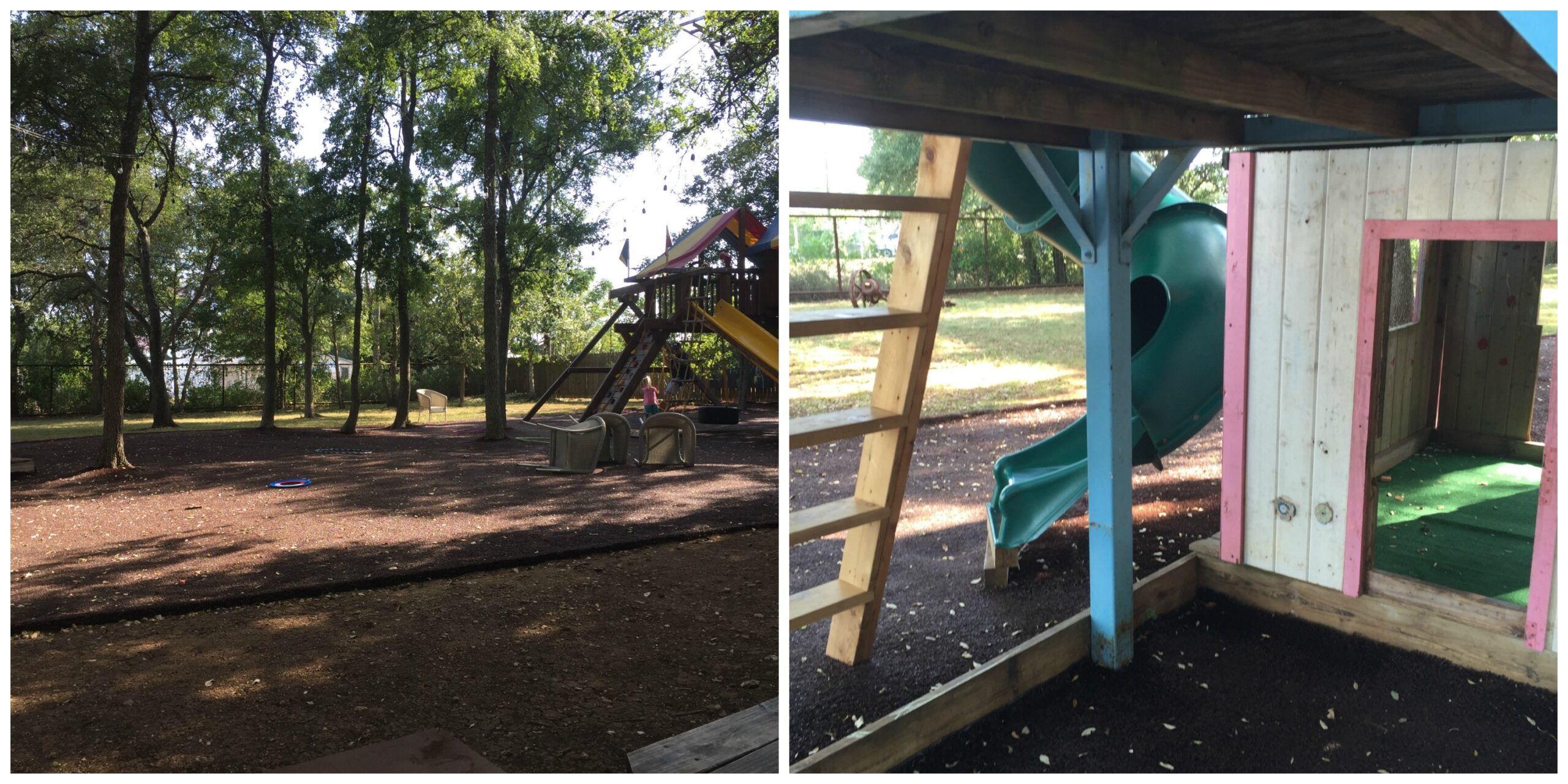 I highly recommend Stubb’s in southwest Austin for families. The barbecue is tasty, with the mac-and-cheese being a particular highlight, and there are lots of great beers on tap, as well as a full bar for cocktails and anything else you might want. Most of all, it’s just perfect for anyone with kids who want to race around, burning off a little energy while the grown-ups relax nearby.

Check out the official Stubb’s website or the Stubb’s at Graceland Facebook page, which has info about upcoming live music and more. Better yet, visit them in person: