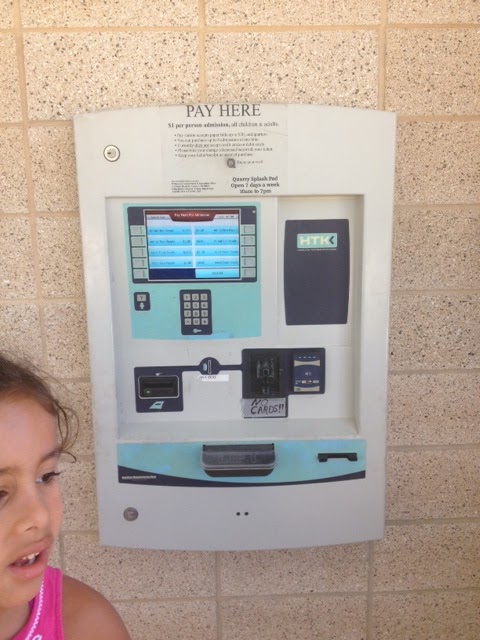 Updates at the Quarry Splash Pad

It’s been over two years since I was last at the Quarry Splash Pad in Leander. I hemmed and hawed about taking my kids this year. The last time we went it was extremely crowded, and I was overwhelmed toting my two 3-year-olds and a 1-year-old. But now at ages 5, 5, and 3, I figured we’d give it another go before school starts.

The Quarry Splash Pad is located deep within the Williamson County Regional Park, just past the Cedar Rock Railroad on Perry Mayfield (County Road 175). Opened in 2011, the park is built inside a former quarry (hence the name…) and features spigots of all types, shapes, and sprays, along with a waterfall, slide, and a sand box. Pavilions are available for rent. Note to parents: you will get wet here.

Admission is $2 per person (cash only) and is run on the honor system via a little automated machine. Luckily all of you Free Fun in Austin readers are all honest, right? 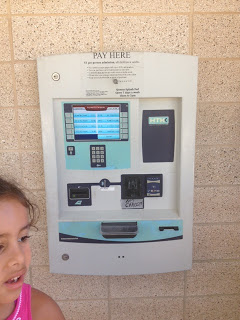 Since it had been a long time since we’d been there, I noticed quite a few changes:

New sandbox
The first thing I noticed was that the sand area I remembered had been paved over and covered with astroturf, and now housed a few picnic tables. I was bummed! But when we went to the bathroom a little while later, we noticed that it had simply been moved to the northeast part of the park, on the other side of the Boulder East Pavilion. 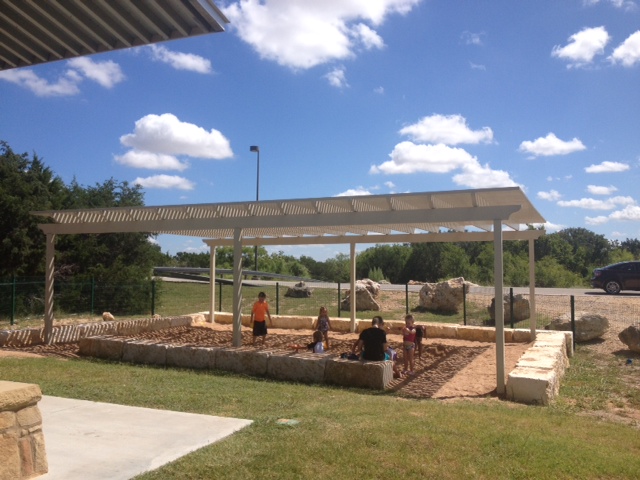 The next thing I noticed was shade! There is a lot more shade at the park now than there was two years ago, when if you weren’t lucky enough to score a table at a pavilion, you had to bake out in the sun on the artificial grass, which covers most of the non-water areas in lieu of real grass. It looked like they had not only added more tables, but umbrellas as well! A very welcome change. And of course, some of the young trees “planted” in the artificial grass had grown, as trees tend to do, providing a little more shade.Reading Heidi’s post about the park when it first opened, it seems like there may have been some issues with the sand being too close to the water. Surprisingly, my kids didn’t spend more than 5 minutes in the sand (a record for them; they are total sand magnets), and maybe it was because now it was so far from the water. It’s like you can’t win, sand. 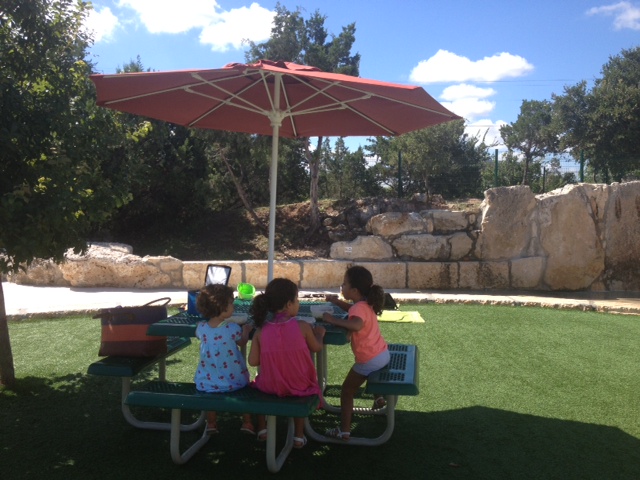 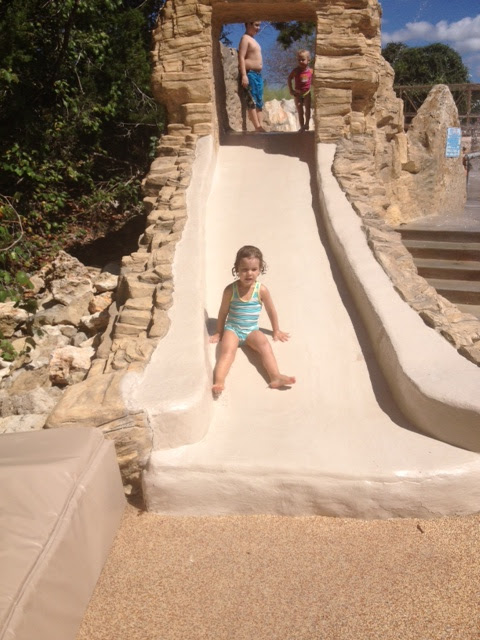 Mere seconds before she flew off the end and busted her little bottom.

About the slide. The slide is fun, but a little anxiety inducing. The bottom of the slide drops off about 6 inches, so many kids flew down and went right onto their bottoms. Or they tried to catch themselves and flew forward onto their knees and faces. Those kids were mine. I’m also kind of afraid of someone flying off the end of it and hitting their head on the lip of the slide. I caught my kids at the bottom for a while before my 5-year-olds learned to control their speed. My 3-year-old is so small she just flew down like a rocket ship. Wheeeeee!

Once I coaxed them away from the slide, all of my kids had a blast running and splashing and just getting wet. It wasn’t crowded when we went, which was a relief. The Quarry is a really fun unique park, and a nice change from the smaller splash pads, but there are still some things to keep in mind.

Much of the area is surrounded by stone walls, and there are large rocks that jut out from the ground, mainly near the water cannons. The worrisome mom in me sees some kid crashing and knocking his head into one of those rocks. And for a place that asks you not to climb on the surrounding stone walls, there sure are a lot of climb worthy surfaces just begging kids to scale them. Luckily I didn’t see many breaking the rules. 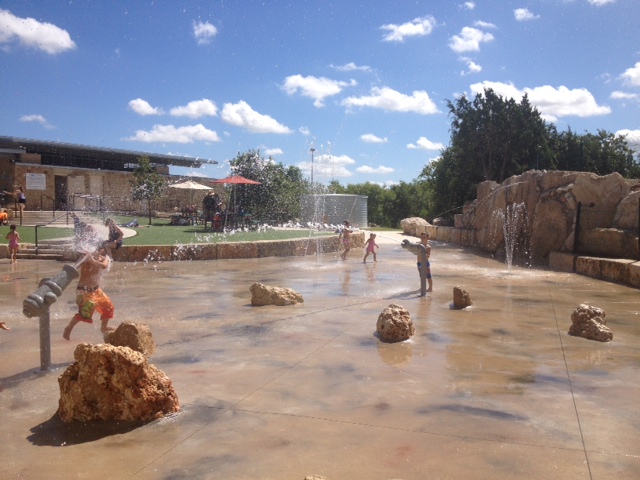 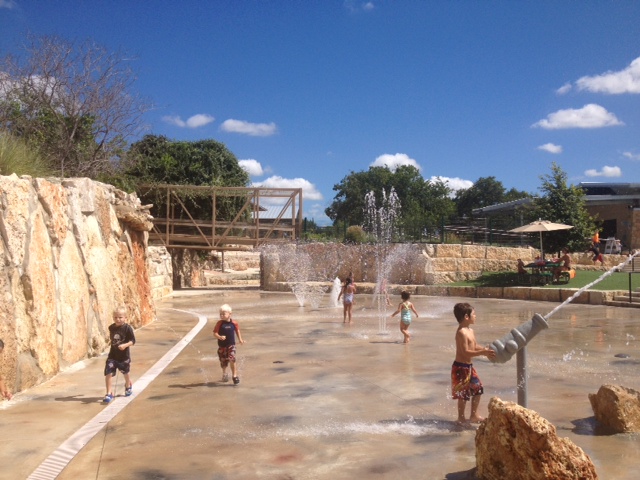 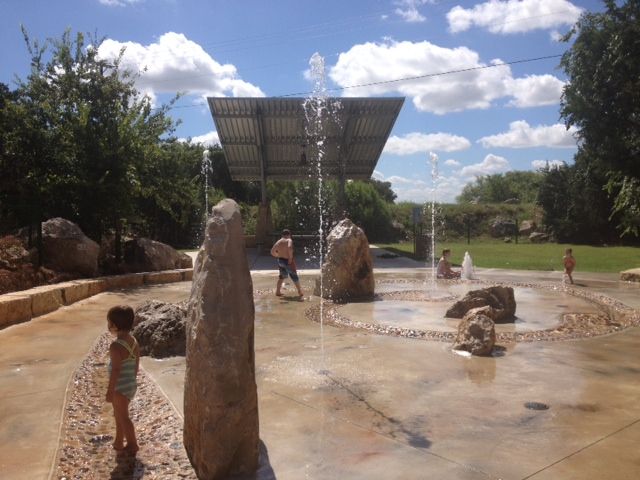 One bummer of a change is that at this time, the concession stand is no more. I’m not sure if they have plans to reopen it in the future. But like before, guests are welcome to bring any type of food into the park, just no glass containers. 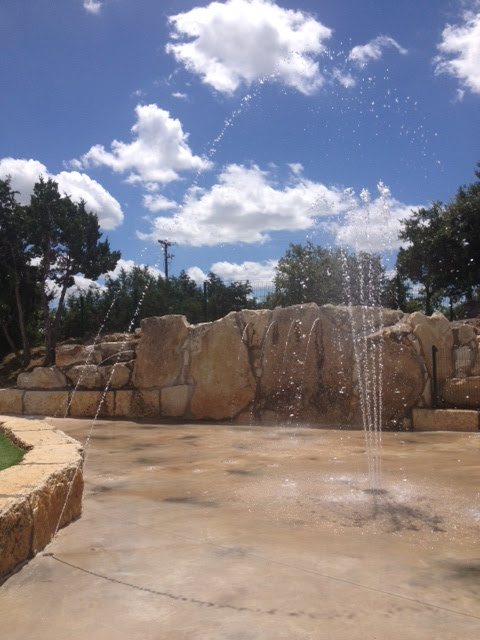 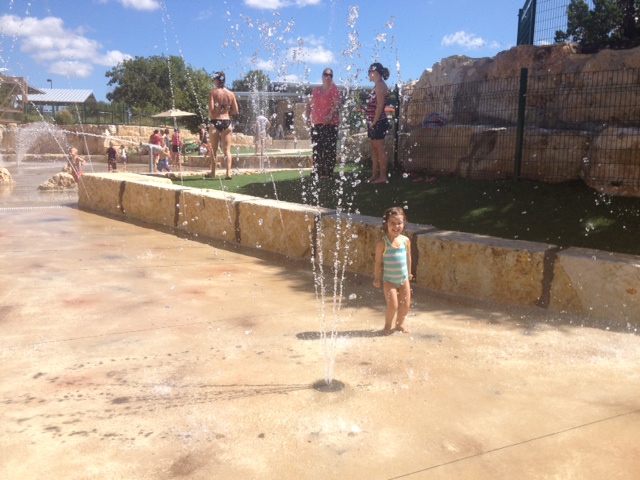 I was pleasantly surprised at our trip to the Quarry, and we did have a total blast. The park is still large enough to kind of lose sight of your kids, but small enough to keep them close if you need to. Maybe it was the increasing ages of mine, but I didn’t stress nearly as much this time around. My 5-year-olds went off and splashed together while the 3-year-old went down the slide 387 times. It was a great way to spend the day and wear them all out. 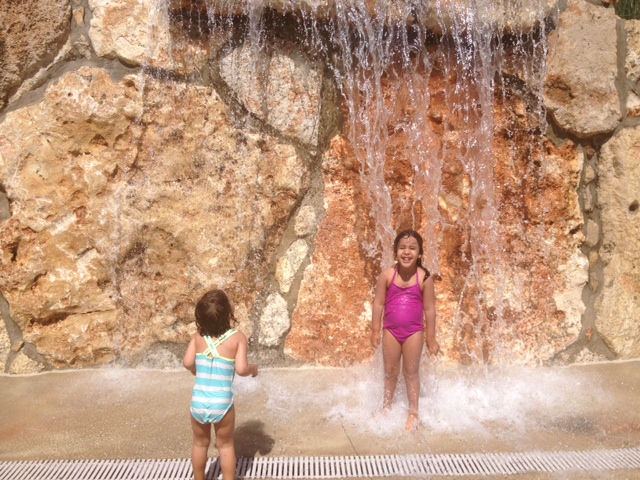