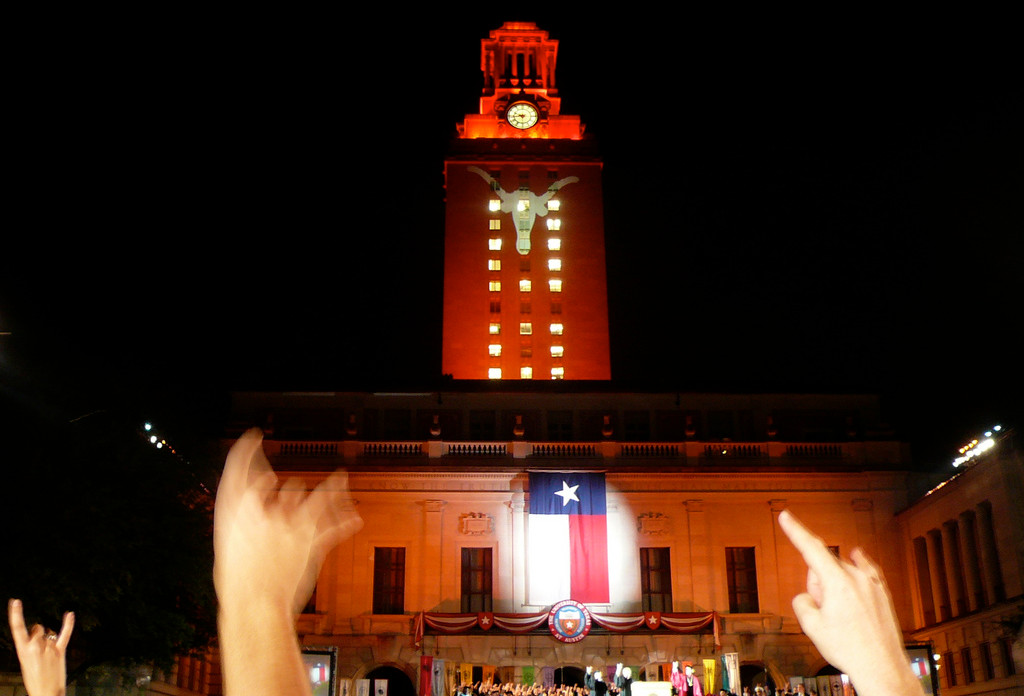 U.S. News Ranks UT Graduate Programs at the Top of the Class

The university received high rankings among a variety of its schools including business, education, communications, engineering, and others. The three programs bringing home those top honors of #1 in the country are accounting in the McCombs School of Business, petroleum engineering in the Cockrell School of Engineering, and Latin American history in the College of Liberal Arts.

In addition, UT was ranked by Nature as the world’s most scientifically productive research institution in 2014. It also ranked very high on Niche.com’s rankings of Texas universities early this year, coming in at the #2 spot just behind Rice.

From the press release:

The top rankings for graduate programs are consistent with other rankings for UT Austin, which has been named the 52nd best university for undergraduates in the United States (U.S. News & World Report), the 13th best value among public colleges (Kiplinger), and the 19th most productive university in the world for scientific research (Nature). UT Austin has maintained these levels of excellence and improved in many rankings despite cuts in state support during the past decade.

“The breadth of excellence at UT Austin is validated by the high rankings of our graduate programs,” said President Gregory L. Fenves. “Our programs provide tremendous value through the results of research and the education of innovators and leaders who will change the world for the better.”