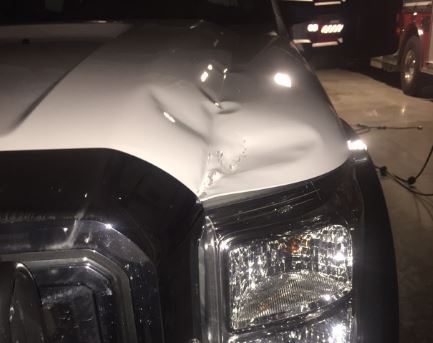 Ambulance, Uber Driver Struck By Rocks Thrown Onto I-35