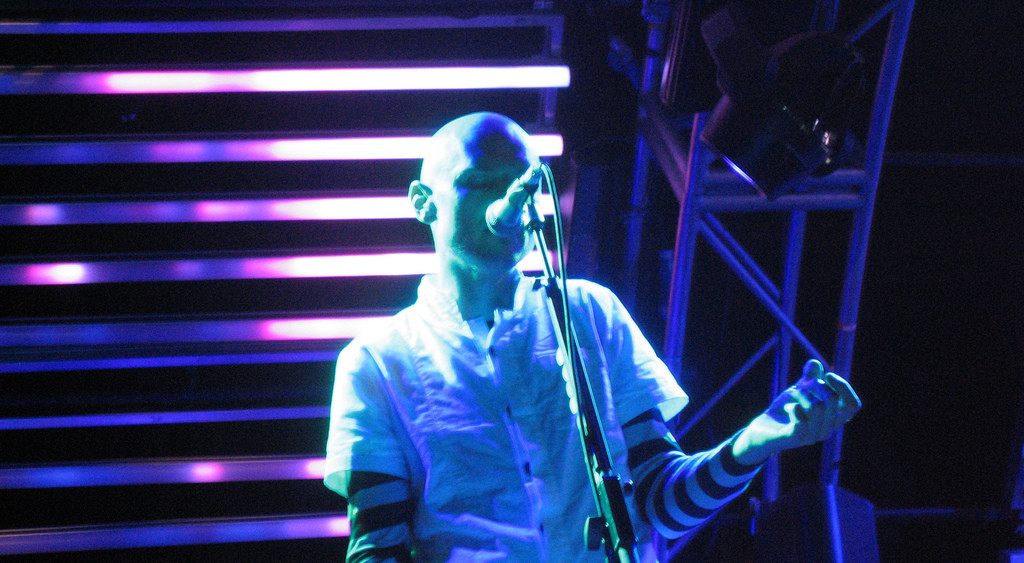 Totally Crush This Weekend In Austin With These 10 Live Shows!

If you are an Iron & Wine fan, you will not want to miss this in store appearance with band member Sam Bean and Ben Bridwell, a member of Band of Horses. The two musicians teamed up earlier this year to record an album titled Sing Into My Mouth. The signing starts at 5:30 and due to the store’s small space, we highly suggest you get there early. In order to get something signed, you must buy the record with the signing limited to one item per person.

If you’re looking to add some bite to your weekend, you can head on down to the Dirty Dog Bar and check out Florida hardcore punk band Shai Hulud (which at one point included New Found Glory guitarist Chad Gilbert), as they bring their relentless energy and brutal musicianship to the Live Music Capital. Always a good time, the band will be performing alongside Ghost Key, Cryptodira, and others.

For the older crowd we give you Steely Dan, who will be rolling through Austin and setting up their live show at Austin 360 Amphitheatre with special guests Elvis Costello and The Imposters. Along with a full set from Elvis Costello and his band, Steely fans will also get a chance to hear tunes from their four decade career to give their audience a night that will be remembered forever.

Famed blues guitar legend Buddy Guy will be stopping in Austin this weekend to perform at ACL Live to celebrate his long and storied career, which includes settling down in Chicago and getting inducted into the Rock and Roll Hall of Fame. While tickets are a bit expensive for this show, we urge you to get yourself a seat, as you will not want to miss out on Guy’s slick and soulful riffs.

Berner at The Parish

For hip hop fans that are looking for consistent flow and style, look no further than Berner who will be playing The Parish this weekend. Finding success after releasing a few mix tapes in the 2000’s, Berner is an MC who you do not want to miss. Los Angeles based rapper Demrick will also be performing alongside Berner as well.

While good tribute bands are hard to find, Austin has several decent ones including Moby Dick who are a tribute to classic band Led Zeppelin. For this performance at The Roost, the band will be performing Led Zepplin’s classic album IV over a span of two hours. This is an experience any true Led Zeppelin fan will not want to miss and it will certainly be something that you want to tell your friends about once it’s over.

Coming all the way from Gainesville, Florida, emo band Dikembe will be performing alongside Stay Level, Glassing, and Tremble Out, all high energy (and local!) openers that you will love, in addition to getting the urge to brag to all of your friends about the concert the next day. The group is also performing at Holy Mountain, a soon to be defunct Austin venue that is soaking up the last few months of business before shutting its doors forever. If you want to discover all that is Holy Mountain, this will be a fantastic show to attend.

If you are looking for something more on the quieter side of things this weekend, you can come on out to The Parish to celebrate the album release for Good Field’s new record Future Me. With a relaxed feel that incorporates indie rock and shoegaze genres, Good Field know how to make music that can appeal to just about anyone and their latest single “Business” demonstrates this well. Due to its more intimate environment, The Parish is a great place to host a record release party, so come on out and dance the night away.

The Midnight Stroll at the Scoot Inn

Ghostland Observatory is one of Austin’s most well known bands and on Saturday night, its member Aaron Behrens will be performing music with his latest project The Ghost Wolves, which is a mixture of blues and 60’s garage rock. The band is guaranteed to show its audience a good time, and due to the popularity of Ghostland Observatory, the show will likely be packed, so get your tickets now.

The Smashing Pumpkins and Marilyn Manson at ACL Live

For those who want to relive the 1990’s, we suggest that you head down to ACL Live this Sunday to experience not only Smashing Pumpkins but singer Marilyn Manson whose epic production is something to see. While Smashing Pumpkins has changed their lineup in the last several years, it is guaranteed that they will be performing old favorites and some new tunes, as they will both be supporting their most recent albums (The Pale Emperor, Manson) and Monuments To An Elegy (The Smashing Pumpkins.)