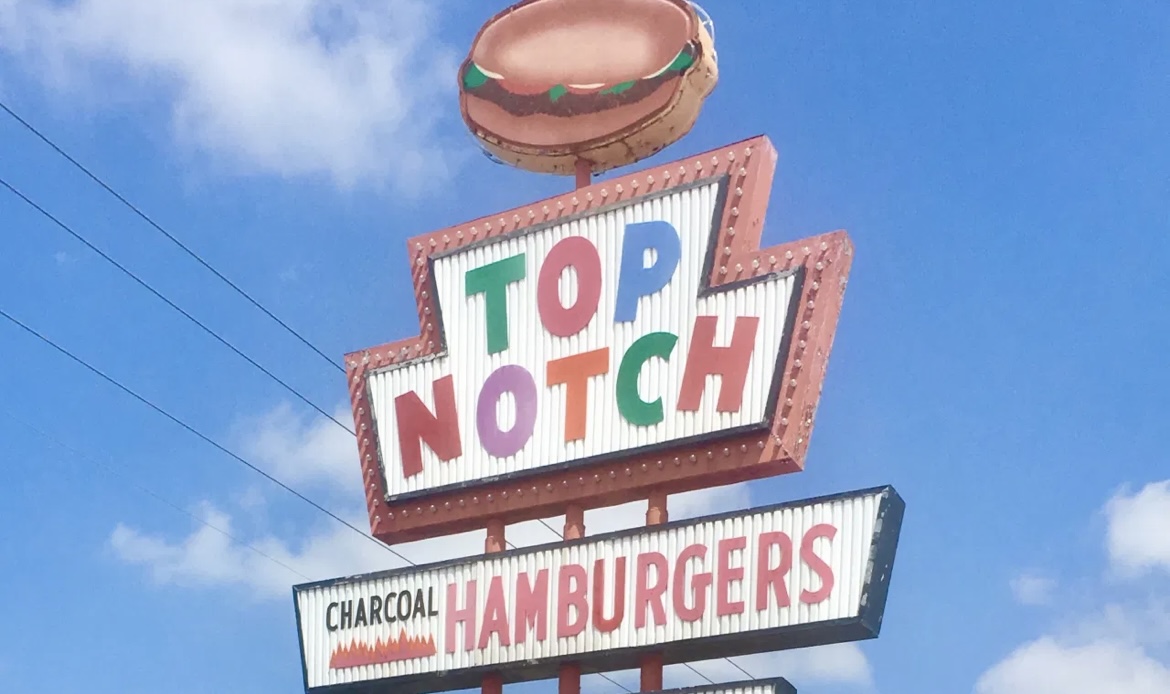 Matthew McConaughey was a junior at UT when he got offered the part of Wooderson in Dazed and Confused. What was originally set to be a small part, grew into something bigger as the actor’s onscreen presence captured the attention of director Richard Linklater’s attention. The iconic scene at Top Notch was actually a spontaneous addition to the film. The scene was added to give McConaughey more time on screen and he ad libbed the now infamous line. You can find “alright, alright, alright” written on everything from stickers, mugs, t-shirts, murals, and more! It’s become Matthew McConaughey’s signature catchphrase. He even said it when he accepted his Oscar!

Dazed and Confused isn’t the only movie that was shot at the North Austin burger joint. In the film Varsity Blues, Top Notch is the place where Jules Harbor (Amy Smart) works. To see more of the Varsity Blues Austin filming locations, click here.

Want to learn more about Dazed and Confused filming locations? Check out this post!