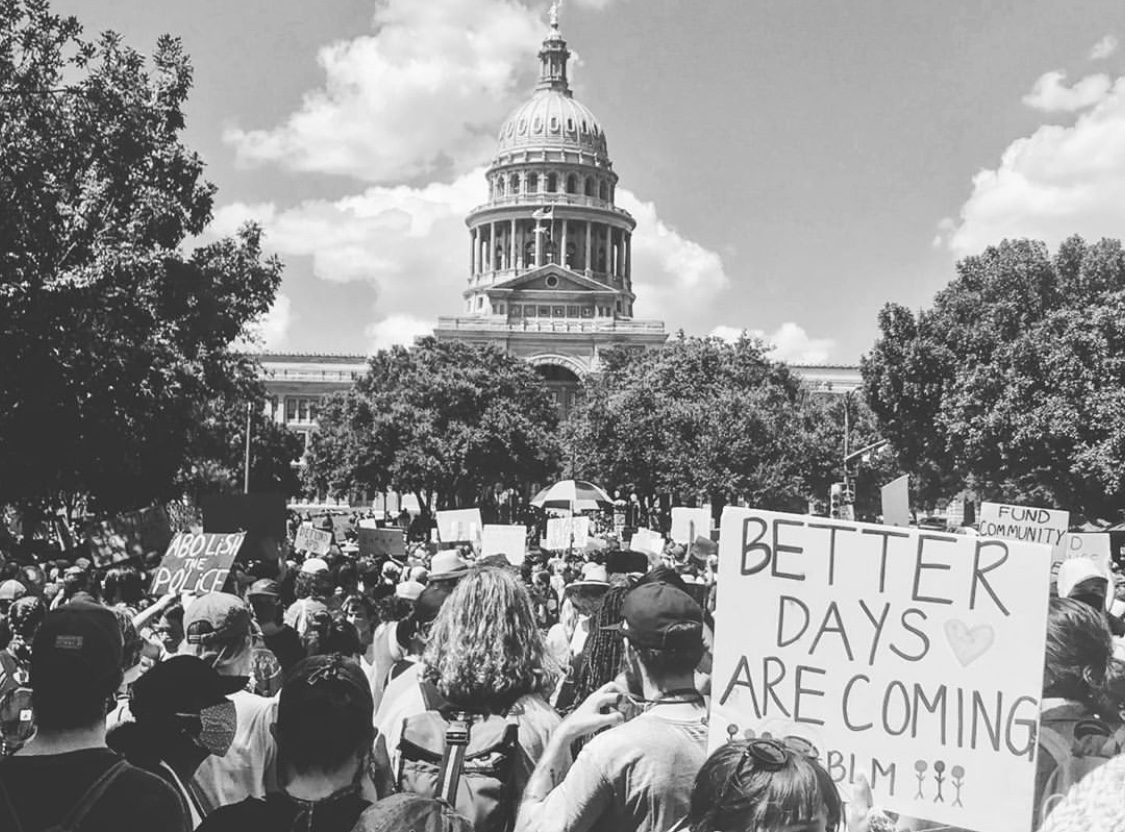 Thousands turned out for a peaceful protest and rally for Black Lives Matter at Huston-Tillotson University in Austin on Sunday. The University organized the event with the Austin Justin Coalition and So We Dream Entertainment which featured a variety of speakers, including Brenda Ramos, mother of Mike Ramos who was killed by Austin police in April.

Following the speakers, the group marched to the capitol grounds in what Devon Powell Bailey says was “unquestionably the most people (he’s) ever seen organized in this city.”

He shared the following images of the Black Austin Rally and March for Black Lives event.

All photos above by Devon Powell Bailey. See more by following him on Instagram.

Here are a few more photos by Charles Reagan that illustrate how massive the crowds were.