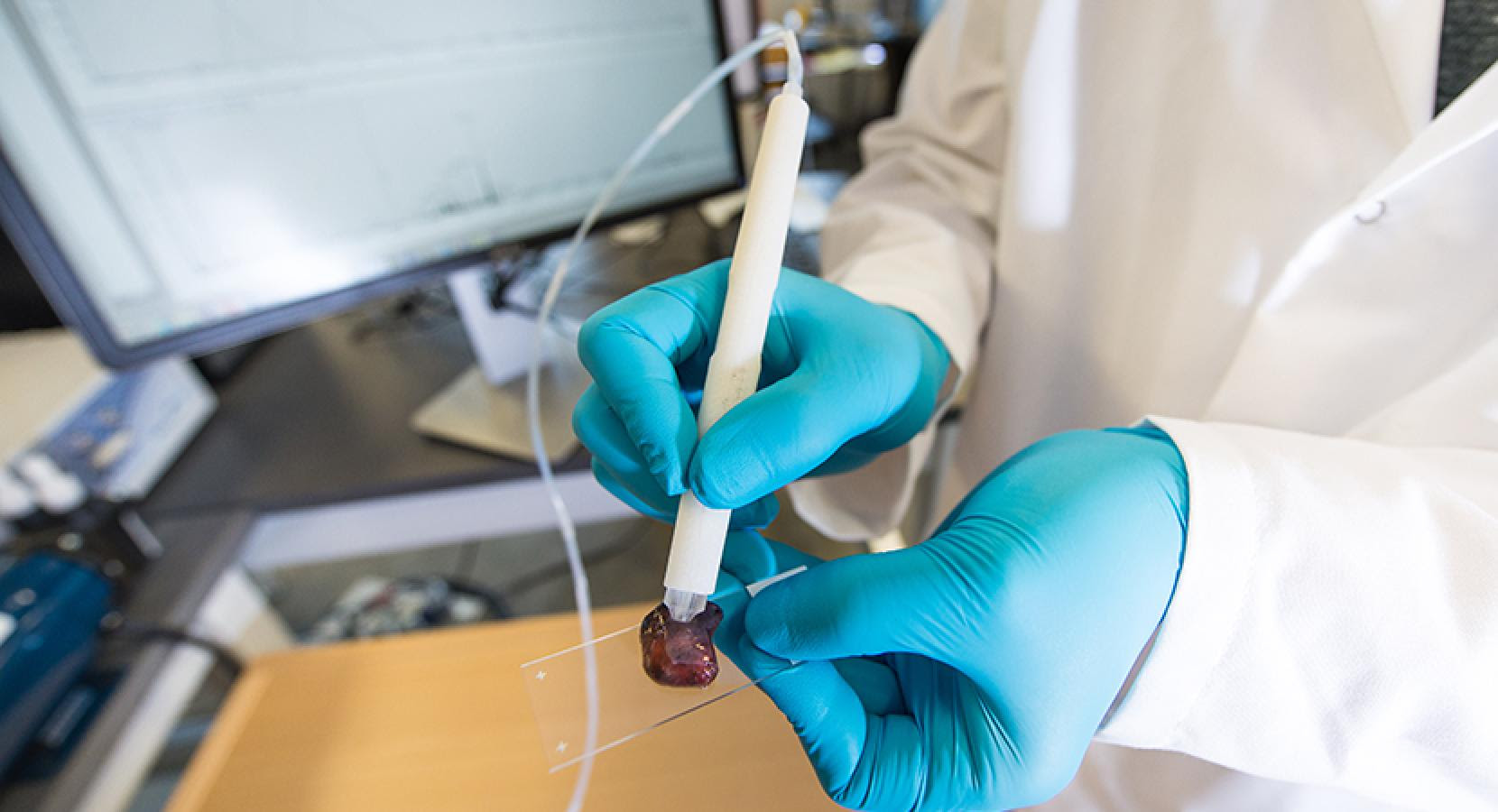 The brilliant minds of the University of Texas at Austin have struck again, providing another tool in the medical community’s arsenal in the cancer fight. This time, a team led by Livia S. Eberlin, an assistant professor of chemistry, has developed the MassSpec Pen. This device will allow surgeons to identify cancerous tissue in mere seconds.

“We’re thankful that the judges and the public are excited about this technology,” Eberlin said. “The MasSpec Pen could have a huge impact on how we treat cancer and cancer patients. We believe it has what it takes to become a medical device that will improve patient care and human health.”

While that award is incredible and worth celebrating, it pales in comparison to how amazing this actual device is and its potential to save lives. This device is a handheld instrument that gives surgeons diagnostic information about what tissue to cut or preserve during surgery.

From the University of Texas:

“It works like this: A surgeon gently touches the tip of the pen to the tissue during surgery. Within the tip, a tiny drop of water is exposed to the tissue. All living cells, healthy or cancerous, produce small molecules called metabolites. Each type of cancer produces specific metabolites that act like a fingerprint. The water droplet at the end of the pen captures these metabolites and pulls the molecules up through a tube to a mass spectrometer that can analyze the molecules and return results in about 10 seconds. The current state-of-the-art method for diagnosing cancers and determining the boundary between cancer and normal tissue during surgery is pathologic evaluation, a process that can be subjective and takes closer to 30 minutes for completion.”

The MassSpec Pen is currently awaiting clinical trials in humans and is projected to improve treatment and reduce the chances of cancer recurrence.