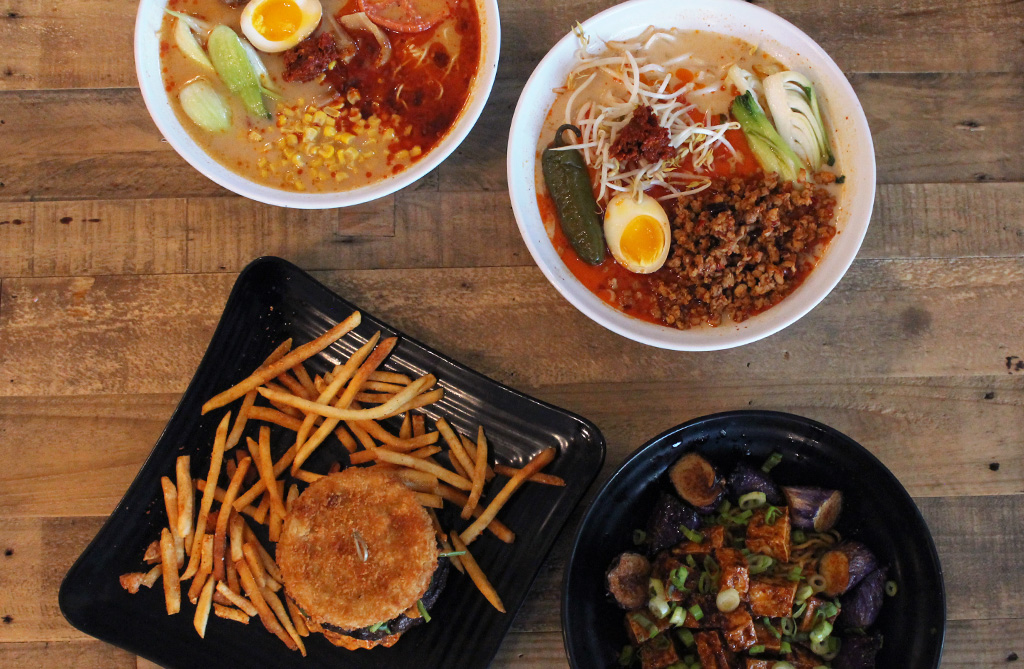 Ramen in Austin is beginning to become ubiquitous. Since taking over the diverse restaurant scene here in Austin en masse, several worthy adversaries have decided to throw their hats into the ring. Stacy Chen of Veggie Heaven fame has recently opened her ramen concept, based on a ramen shop that her grandmother operated in Osaka, Japan in the ’80s. 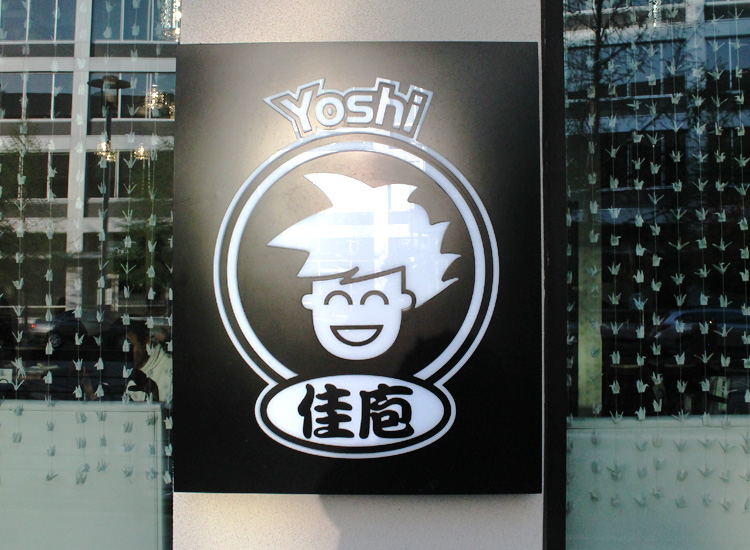 Located in an unassuming new development not far from the Hancock Center in central Austin, the space is sunny and broken in. Kitschy signs and Asian-influenced art adorn the walls, which makes the space really cozy and warm. 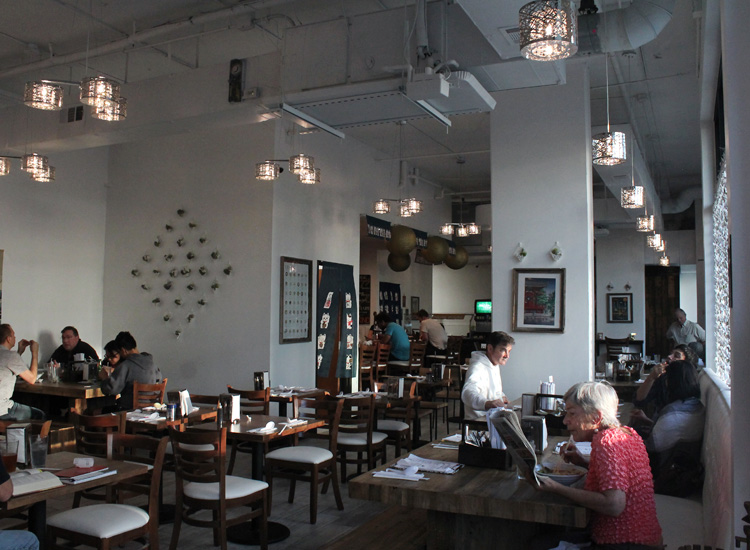 A quick glance at the menu yielded a couple of interesting drinks. The Mango Milk Tea, with bits of mango small enough to get slurped up by the wide boba straw, made for a really solid milk tea. The Cool Cucumber was a nice, effervescent cocktail consisting of cucumber sake and ginger soda. These drinks were a great way to start off and a nice first foray into what Yoshi Ramen had to offer. 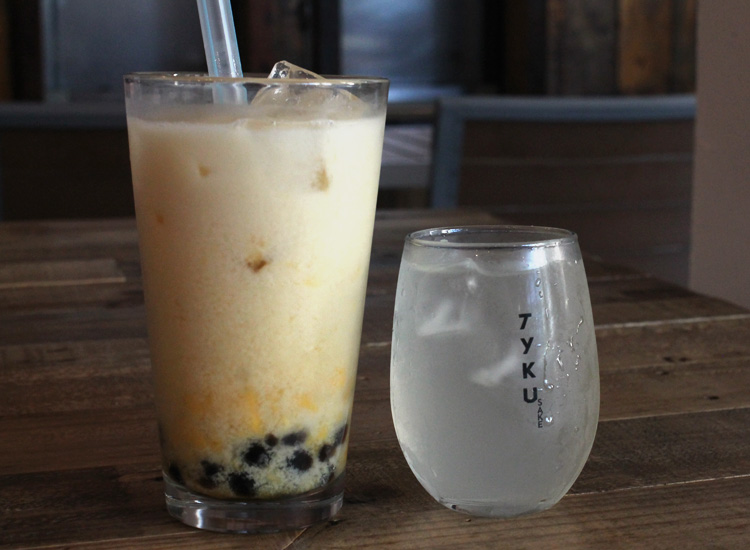 Moving right along, the first entree to come out was the Japanese eggplant mazemen. This dry ramen dish was made up of eggplant, large chunks of soy protein, and of course, the titular ingredient, eggplant. This vegan dish packed a nice, flavorful spice and made my stomach extremely happy starting off. 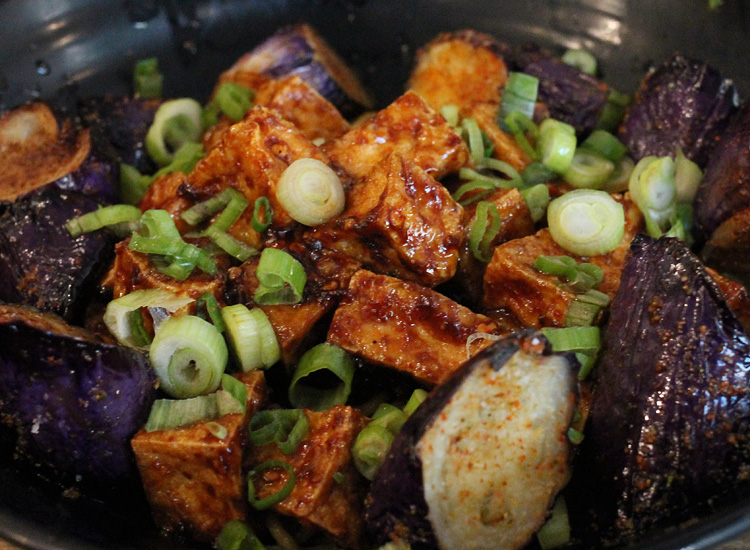 Next up it was time for what I was most excited about — the ramen. The first thing I noticed was that the portions were very substantial. If your’e heading to Yoshi for the ramen, you’re gonna get your money’s worth. The first bowl I tried was an adaptation of the Sichuan dan dan noodle, dubbed the tantanmen. The broth, which was a mixture of chicken and pork bone, was big, bold, spicy, and beautiful. Accompanied by minced pork, jalapeño, bean sprouts, bok choy, and topped off with a chili bomb, spice lovers will welcome this bowl of ramen with open arms. Like any true Sichuan dish, it’ll make your tongue tingle a little bit, too. 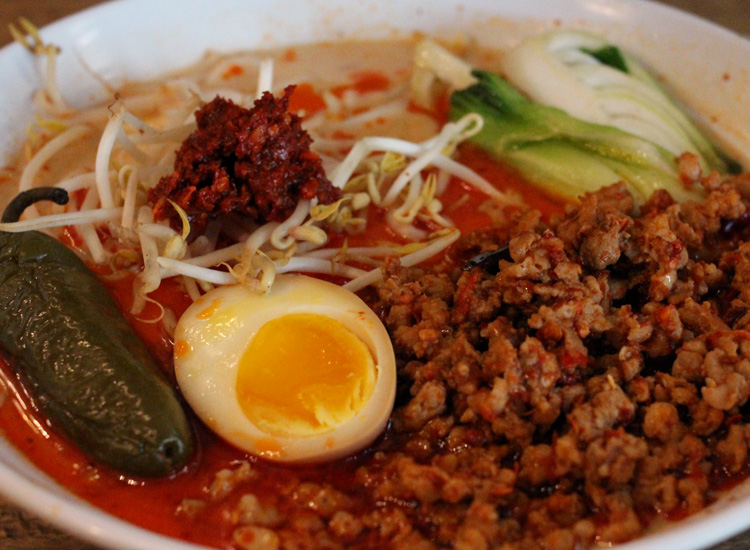 Making good on my commitment to get the total experience, I also tried the kotteri veggie ramen. The creamy broth was made from soy milk and was accompanied with bok choy, corn, menma, and roasted tomatoes. Topped with a chili bomb, this bowl had a kick to it, but was not as not as spicy as the first bowl. One of the aspects of Yoshi Ramen I really enjoyed was that you didn’t have to go overboard with spice if you didn’t want to; the staff is very knowledgeable and will usually recommend a substitution or something different is you’re on the fence. 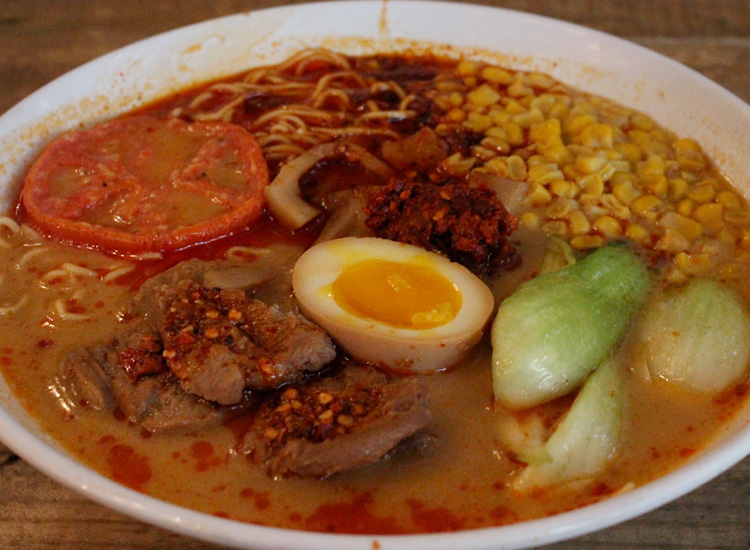 Last, but certainly not least, I had to try the ramen burger. I’d only seen this done but hadn’t yet had a chance to try one; what felt like a mythology was soon about to materialize in front of me. For those unfamiliar, a ramen burger, by design, carries similar characteristics of a regular burger, but in place of the bread comes two “ramen buns” — noodles fashioned into buns and set in the traditional burger configuration. Stacy told me that she lightly fries the buns so the noodles don’t get too wispy. I really liked this attention to detail and it made the burger that much better. There are a few different options for the ramen burger, so I tried the spicy sichuan burger. I have to say, ramen or no, this is already one of my favorite burgers in town. It’s a bowl of ramen translated to a hamburger in the most literal sense imaginable, and it couldn’t have been any more delicious. 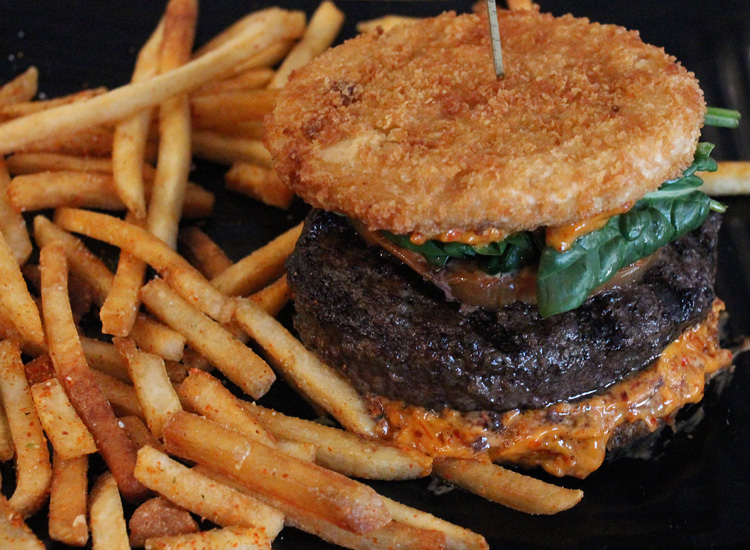 I really liked how Stacy seemed to effortlessly fuse a vegan friendly menu, like that you’d find at Veggie Heaven, with a ramen concept. Yoshi ramen was not afraid to put some overtly meaty dishes on the menu, but cut thru that nicely with dishes including heaps of veggies and vegan staples like soy protein. Come one, come all, you’re going to LOVE Yoshi Ramen! 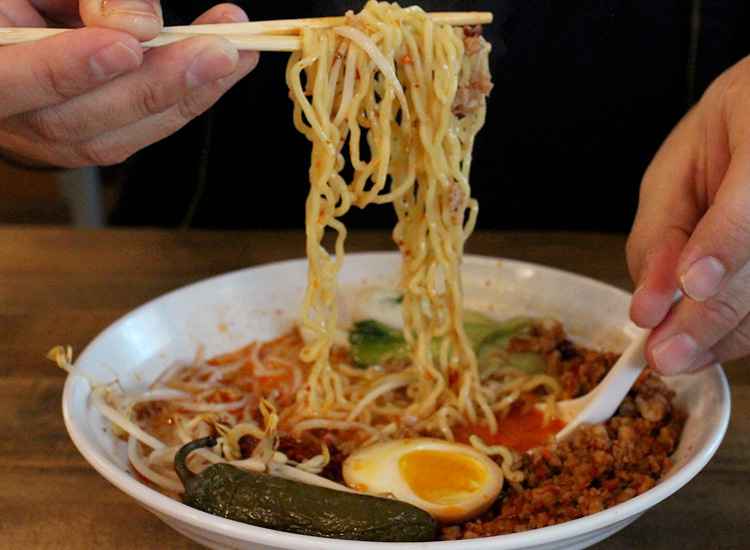