This Local Restaurant Serves Cornbread To Fundraise for Charities

Z’Tejas Southwestern Grill serves up delicious southwestern Mexican food daily. And while it’s become quite the staple in Austin since it first opened its doors on W. 6th Street, it wasn’t the traditional Mexican fare that caught out attention — it was the cornbread.

A menu staple and must-order for restaurant patrons, the cornbread is also an essential factor in Z’Tejas’ philanthropic initiative, Cornbread for a Cause. Launched in December 2015, alongside the restaurant’s corporate parent, Cornbread Ventures, LP, the program raises funds for local charities and nonprofits in the community through its cornbread sales. 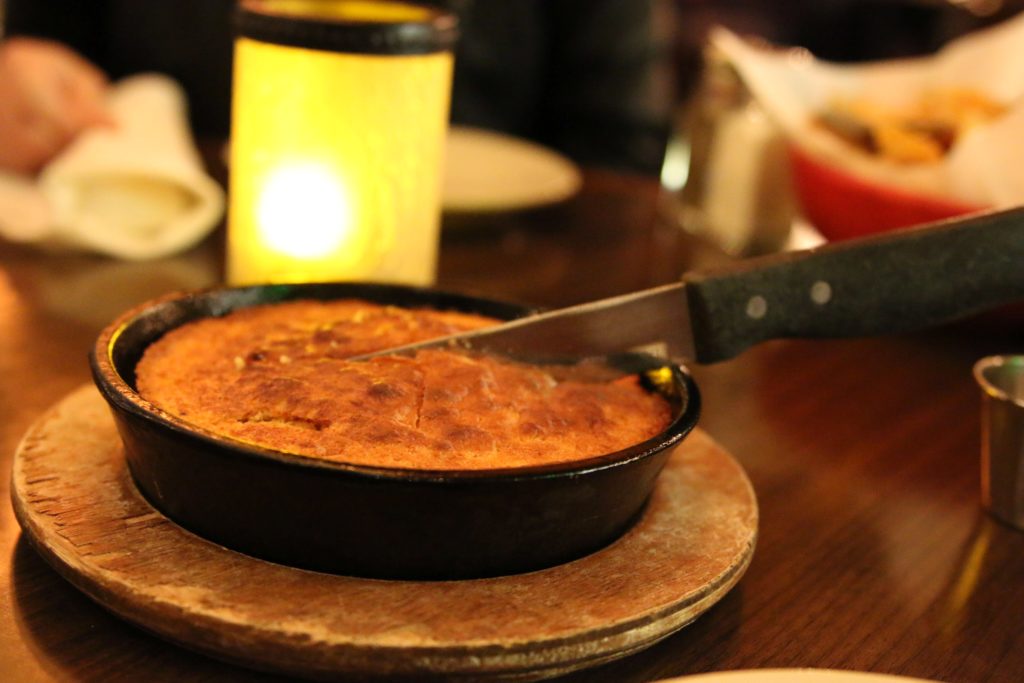 A Case For Cornbread

According to Michael Stone, one of the owners of Z’Tejas, his partners at Cornbread Ventures, LP, were already active members in the Austin community. So when the company took over the Z’Tejas name, it wanted to ensure that mission-focused drive and energy carried through the restaurant. And with a menu staple already established, making a case for cornbread was a no-brainer.

“We wanted a unique idea [for our community involvement] and [cornbread] was something that stuck out to use as a staple on the menu,” Stone said. In just over a year, the restaurant has taken a simple, classic dish and turned it into something much bigger.

#zmoment you realize Cornbread can make a difference. Thanks @phxchildrens for all you do for our community! #cornbreadforacause

Stone insists, though, that it’s not the cornbread alone that makes the program successful, but the connection it has to doing good. He says the program gives customers something of value in return.

“As a customer,” Stone said, “it’s fun to see how your order is helping others.”

Since the program’s launch, Z’Tejas has joined efforts with five charities, partnering with a different organization each quarter.

The program’s first recipient was Dell Children’s Medical Center of Central Texas. It was during the holidays, and Stone said it was the perfect organization to work with. “What a better way to [celebrate the holiday spirit] than supporting a children’s hospital.”

Mmmm…cornbread for a cause! Valley @ztejassouthwesterngrill locations will donate 100% of sales from their delicious cornbread to Phoenix Children’s through Dec. 31! #cornbreadforacause

Other recipients include Cheyanna’s Champions for Children, the American Widow Project, Comfort Crew for Military Kids, and St. Jude Children’s Research Hospital. And while the restaurant used to reach out to organizations in the past, Stone says the tables have turned. Since its start, the program has gained recognition and respect, and today, receives applications from organization across the area.

Despite the program’s high application numbers, though, Stone says they take great pride in their vetting process and selection, as it ensures the human element focus remains most important.

“[When selecting a partner], we want to have an understanding of what the organization does and we want to ensure it has credibility in the community,” Stone said. “We also want to make sure dollars go to [the right] recipients and beneficiaries.”

Go enjoy some delicious @ztejassouthwesterngrill cornbread, while helping a great cause! #marbridge #cornbreadforacause

Though certain non-profits and organizations will always be a part of the program’s process, Stone says the program is always looking to identify new partners. The only requirement: their mission must align with that of Cornbread for a Cause.

Now through March 31, 2017, the program is partnering with Marbridge, a non-profit residential community dedicated to providing a caring home for adults with intellectual disabilities.

Since its inception, Cornbread for a Cause has donated more than $140,000 to nonprofit and charitable organizations. And while that number has benefited hospitals, military families, and many other programs in an obvious way, Stone says the highest level of gratitude comes from things that aren’t seen at first glance. Often times, hey says, it’s the hugs, thank-yous, and smiles that mean the most.

We hosted military widows helped by the @theawp today. They brought photos of their husbands who were killed in action protecting and defending our freedom. #MemorialDay #happyhour for #military #widows #austin #texas

That’s why the restaurant makes it a point to be engaged with every partner organization both during their partnership and after.

“We try to be involved, understand their mission, and stay in touch,” Stone said. “[And] the ability to have dinner with them, spend time with them, and see how our work effects them is unbelievable.”

To learn more about Cornbread for a Cause, its partner organization, or how to become a partner, visit their website.