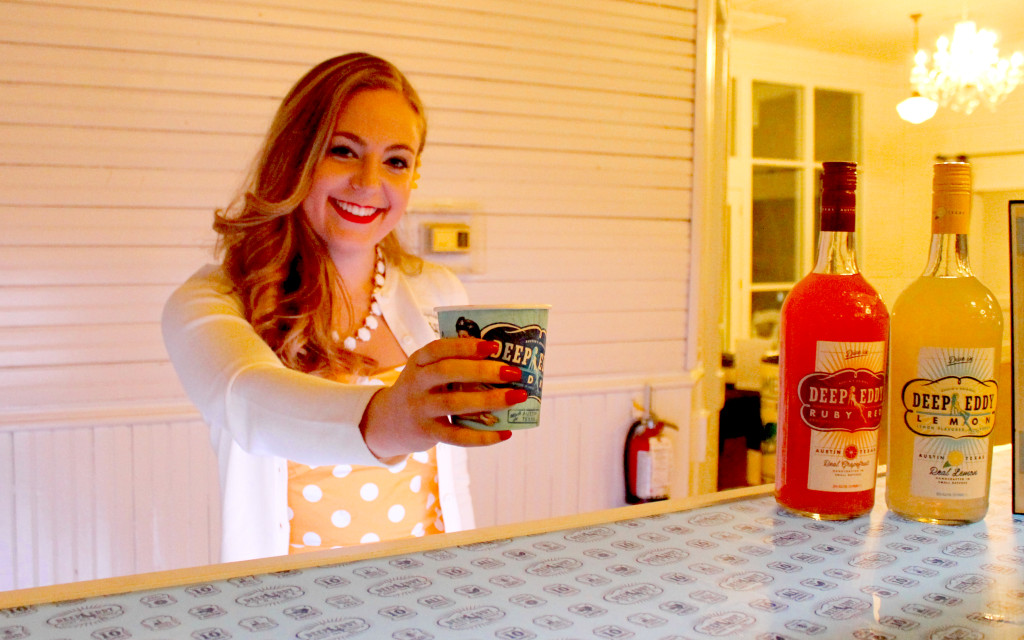 It’s not clear how much was put on offer by Heaven Hill, but Deep Eddy’s founders — Clayton Christopher and Chad Auler — said that Austinites should not worry. The distillery is going to remain in their Dripping Springs facility, and so are Deep Eddy’s workers.

One thing not disclosed in the acquisition announcement: The price Heaven Hill is paying, which is bound to be A Lot. Deep Eddy is recognized as one of the nation’s fastest-growing liquor brands, and one of the biggest original Austin brands to boot. So far this year, the company has sold over 500,000 cases of their various flavored vodkas, according to The Austin Business Journal.

“Two quintessentially independent, American companies are now together and poised for a tremendous future,” Deep Eddy’s co-founders said in an advisory. “For 80 years, Heaven Hill Brands has embodied independence with its heart and soul grounded in a unique and historic set of American Whiskeys. They are stewards of one of the strongest, most diversified product portfolios in the industry and understand the essence of Deep Eddy Vodka. With that foundation, Heaven Hill will deliver Deep Eddy’s mission to be the #1 Super Premium American Vodka in the US.”

“This is a milestone day for Heaven Hill Brands as we add Deep Eddy Vodka and their entire team to our dynamic and innovative family,” Max L. Shapira, President of Heaven Hill Brands, added in the company’s press release. “Deep Eddy Vodka is a star on the rise in the spirits industry and is redefining the premium Vodka market with a quality product and iconic marketing programs. The brand is a perfect fit for our established portfolio of rapidly-growing products.”

Heaven Hill’s other liquor brands include the Evan Williams, Larceny, Elijah Craig, Henry McKenna bourbons, Burnett’s vodkas and gin, Admiral Nelson’s and Blackheart rums, HPNOTIQ liqueur, Christian Brothers brandies, and several others. The company was founded in Bardstown, Kentucky shortly after prohibition of alcohol ended in the 1930’s, and remains one of the largest independent beverage producers in the country.