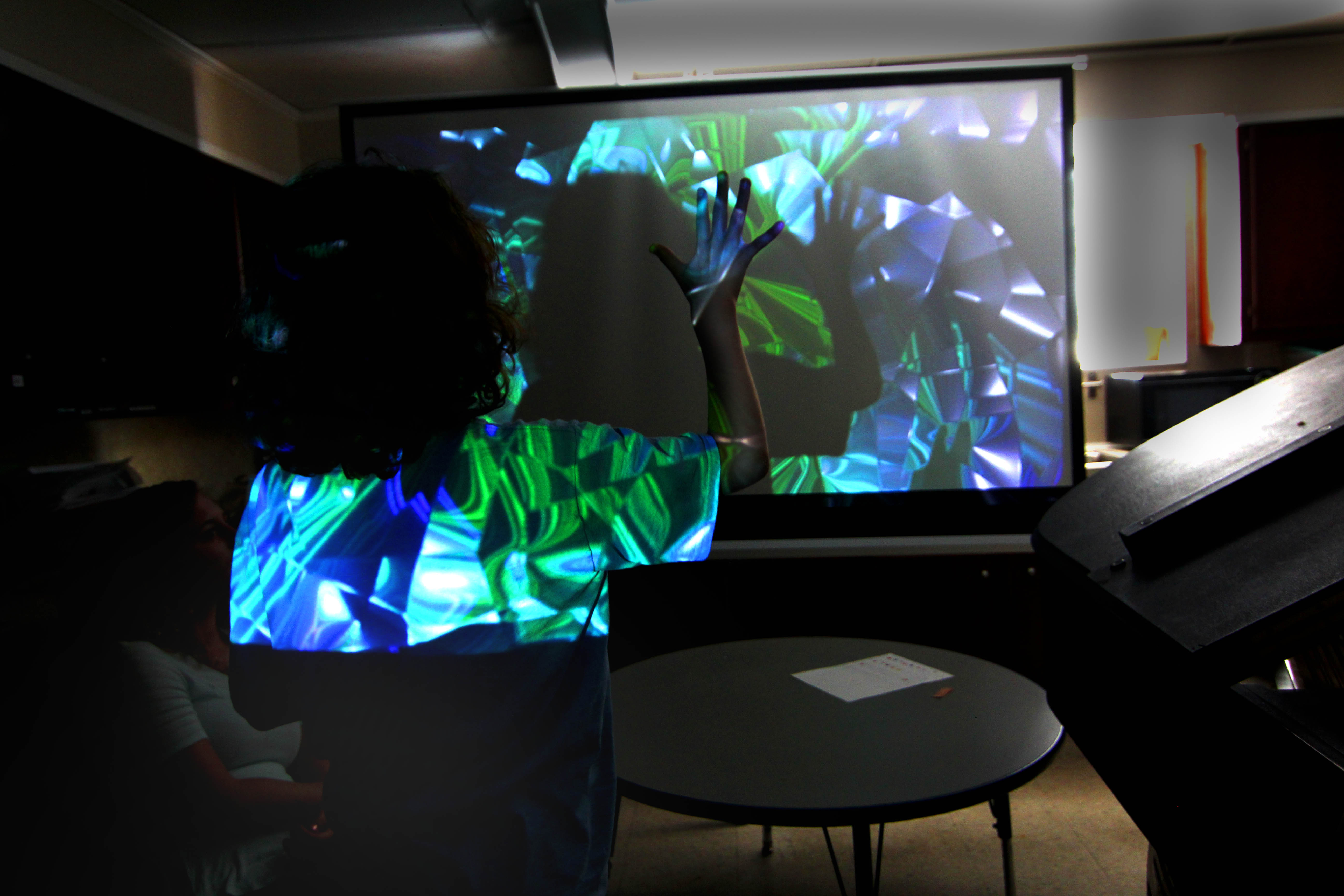 On Monday, November 2nd, at 6 p.m., the Williams Community School and Hurley Piano will host their Fall Recital and Art Exhibition Series in the Google Fiber Space. The recital will feature the use of Synesthesia by Gravity Current. But, just what the heck does that mean anyway?

Gravity Current is an Austin-based startup working to keep live music live. Founded a year ago by Theron Pray and Joseph Brown, Gravity Current was named after their experimental electronic band. The company was later joined by Charles Arciniega, Before long, they introduced their flagship product to the world: Synesthesia. Think of it as technology that gives musicians access to trippy visuals that react in real time to whatever music they are playing.

The end result must be seen to be believed. Check this out…

Over the past year Gravity Current has been working with artists and venues in Austin to show off Synesthesia, but while attending an event at Capital Factory earlier this year they were approached by Richard Hurley, founder of Hurley Piano, who proposed something that feels like a very natural extension for Synesthesia. Hurley Piano uses piano music and specialized technology to engage children with cognitive development disabilities, and Richard saw a potential match in Synesthesia. Excited by the possibilities of adding visual stimuli to his students’ performances, Hurley suggested trying Synesthesia in some of his classes. So, the Gravity Current team put together visuals optimized for piano and took it to Hurley’s classroom for testing.

“We set up a projector and screen behind the piano, brought the kids in and checked out what they did. His [Hurley’s] directions were ‘just look at the screen and go ahead’. The overwhelming results were kids just wanting to push the limits and just explore this visual space. The first lesson was a little girl who did not have autism, but her sister did, so they were attending the same school. She loves improvising on the piano. The lesson was her sitting down and doing just that, but just staring at the screen the whole time, going to low notes and seeing what that did, and going to high notes, and soft notes, and banging, and soft notes again. She was making actual visual art with the piano as the tool.

The next lesson that day was a kid named Kome. He has severe ADD and behavior issues. Richard said he never goes past about 10 minutes a lesson. We put the screen up and let him sit down. He wasn’t doing nearly as many notes as the girl before, it was a note every once in a while, and to me that was disappointing. The student went for about half an hour, until the end of the lesson. Afterwards Richard was blown away, and it took me a second to realize that the lesson was actually a big step for Kome. The visuals were in someway calming and allowed him to focus on what was going on. It was more interactive.” Photo taken by Theron Pray during his first visit with Hurley Piano students.

The test opened Pray’s eyes to the potential Synesthesia has in the field of art therapy. While he is no expert in the field, he now sees the vast opportunities for Gravity Current to use its technology as a therapeutic tool. The event on Monday, November 2, is the first time Gravity Current will be showing Synesthesia to the public as a teaching, learning, and therapy tool.

The event will include visual art created by the students, an introduction by Suzanne Byrne, Richard Hurley, and Dr. Ned Sahin, the CEO of Brain-Power,a company that uses wearable computers to help autistic kids. If you’re interested in seeing this amazing new technology for yourself, tickets are free and available through Eventbrite.