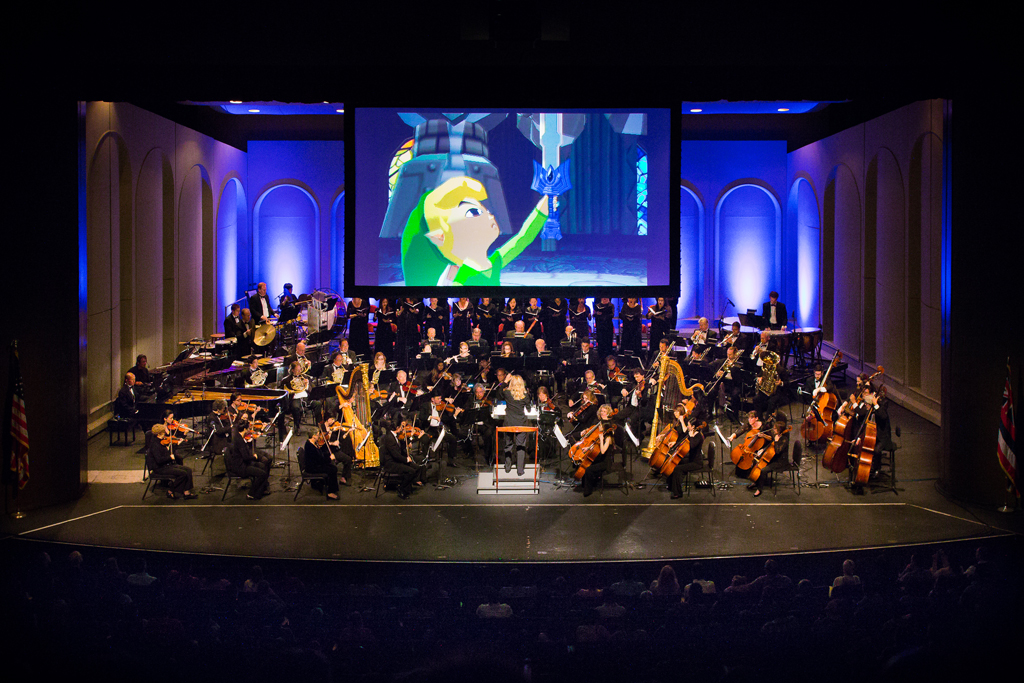 Austin may be known for its many hipsters and hippies — and apparently for its “yuccies,” according to the Statesman — but after what transpired at the Long Center for the Performing Arts on Saturday, June 20, we think it’s quite clear that being a nerd in Austin is trendy as well. We can prove it, too.

When the world-touring Legend of Zelda: Symphony of the Goddess — Master Quest announced plans to visit Austin, tickets sold out so quickly that the Long Center decided to add a second performance earlier in the afternoon, which also came close to selling out. Apparently, there are quite a few Nintendo fans in Austin!

“That gives you a glimpse of just how much Austin loves this show,” Wendi Reichstein, Marketing Coordinator for The Long Center, told Austin.com. “We originally brought Legend of Zelda to the Long Center a couple years ago and had immense success with it. When the opportunity to host the tour came around again, we said yes immediately. It brings out such an enthusiastic, fun-loving, exciting crowd to the Long Center, which is what we love to see at our performances.”

“Enthusiastic” is perhaps not quite a strong enough term to describe the zealous, green hat-wearing, Nintendo 3DS-carrying masses that flooded Dell Hall for the symphony.  A courtesy sign near the entrance that read “Please check your Swords with a House Manager” actually made sense for this event — because a fair percentage of the Long Center’s 2,337 patrons that evening were carrying weaponry as part of their often-elaborate cosplay ensembles.

The orchestra played a large selection from The Legend of Zelda’s most popular games, including classics from Ocarina of Time, Majora’s Mask, A Link Between Worlds, Wind Waker, Twilight Princess, A Link To The Past, and Skyward Sword. All these beautiful noises sent Austin’s Nintendophiles flocking to Twitter, where they literally proved to the world that it is trendy to nerd out in the Weird capital of Texas, as you can see below…

10.) Every Great Journey Begins With A Single Step

So great to see so many @NintendoAmerica and Zelda fans here at #ZeldaATX! pic.twitter.com/iOj9KSVIta

8.) Some Were More Prepared Than Others

I have the honor of sitting by the princess at #ZeldaATX pic.twitter.com/QCX0S52mx3

7.) But Everyone Was SOOOOO Excited

6.) Then The Music Started

If they don't conduct with a wind waker, I'm leaving. #ZeldaATX pic.twitter.com/YFtagUQV2H

4.) But Stepping Out Proved To Be A Bad Idea

Only at a video game concert is there a line for the men's room. #ZeldaATX

3.) This Couple Definitely Found A Treasure

We did a test run of our wedding bands for a few hours tonight, during #ZeldaATX. Perfect fit! #SCOTUS pic.twitter.com/KTTfhWuteY

(That’s better than winning the Hyrule in Austin scavenger hunt!)

2.) Of Course, They Had To Play The The Song Of Storms

1.) Then We Finally Learned: It’s Trendy To Nerd Out In Austin

Y'ALL… we're a trending topic! Thanks to everyone who tweeted along with us today! #ZeldaATX pic.twitter.com/yaiD6deaNQ

If you missed the concert, check out the YouTube video below (originally filmed in Toronto, but it’s the same show that came to Austin). Also, don’t miss the Long Center’s upcoming nerdy happenings. They are running a contest for tickets to their Neil Gaiman talk on November 13, and Star Trek: The Ultimate Voyage is headed into town next March.

We think the moral of this story is clear: Austin is an amazing place to be a nerd.