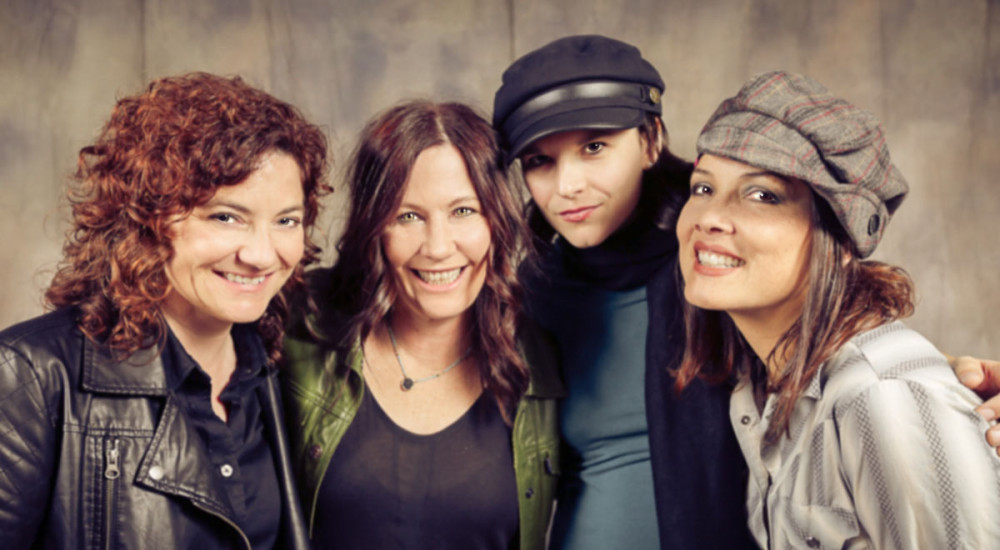 These Bluebonnets Will Leave Your Ears Ringing, And That’s A Good Thing

Play Loud, the latest release from Austin rock band The Bluebonnets, is just that: Very, very loud. And that’s a good thing. The record packs a lot of punch and energy into 38 minutes of foot-stomping tunes. The all-female rock band’s vintage sound is already a popular one with Austin’s music scene, and it’s easy to see why on Play Loud.

The record opens up with “60 Punishing Minutes,” which is not as torturous as it sounds. The track feels like an effort to kick open a door and prove that The Bluebonnets are here to blow the roof off every venue they play. “Dig Me Out” quickly betrays their gritty punk-rock influences, even though though The Bluebonnets market their sound as inspired by Jimi Hendrix, The Beatles, and The Rolling Stones. Hearing guitarist Eve Monsees shred through this track, we are reminded that women can rock just as hard as men.

“Playing With Guns,” a spritely tune which sounds inspired by Iggy Pop, comes along later and lights the album on fire. The ladies take this song on with a sense of urgency not heard elsewhere on Play Loud. All four band members contribute vocals to this track, giving it a vibrant and bold sound. And just when you think “Guns” will only continue to rev up, they turn about half-way through and go straight back to their roots. “Guns” has Monsees and guitarist Kathy Valentine playing riffs that not only show the group’s technical abilities, but also their talent for writing catchy tracks that will get lodged into your head.

The closing tune, “Jellyroll,” is by far the record’s strongest track. Opening with a solid riff that takes us back to rock and roll’s beginnings, “Jellyroll” feels like a sugar high, or like something about to explode. The Bluebonnets is a mild name for the energy these ladies bring to the microphone, and not really reflective of what they can do.

Don’t let the band’s name inform your thinking on what they might actually sound like. Play Loud is an Austin album you won’t want to stop spinning until all your friends have heard it.

Below, you can watch The Bluebonnets perform “Treat Her Right” from Play Loud, live in New York City.

To read more of Lauren Gribble’s reviews, head to her website: