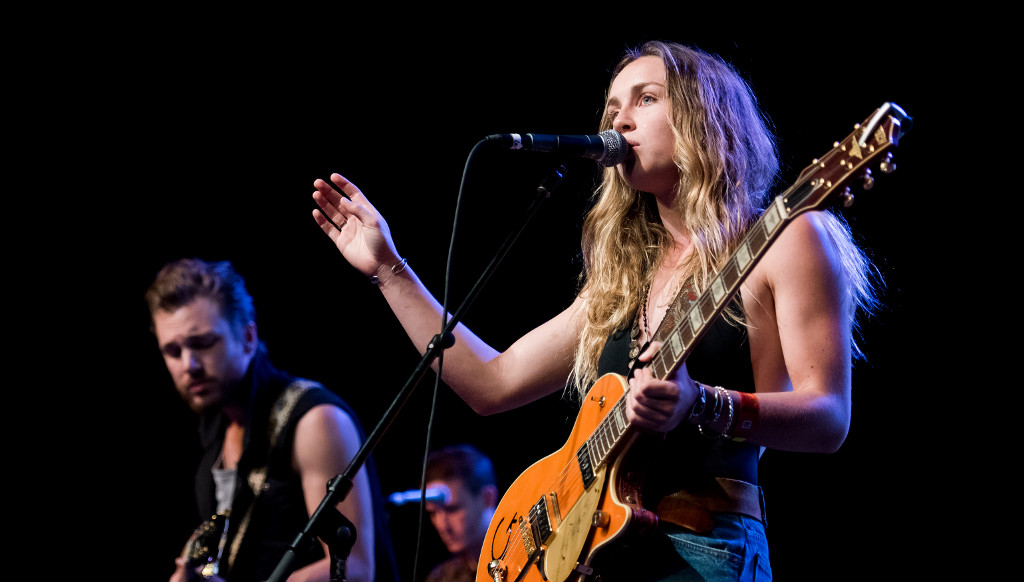 These 10 Shows Will Spice Up Your Weekend!

If you want to start your weekend off right, you can head on down to Spider House to catch local act Rare Birds, whose brand of infectious rock and roll will certainly spice up your Friday night. Playing alongside Rare Birds are 365 Colours, The Dead Woods, and idle ants, which are three other great local bands that you will not want to miss. Below, you can find Rare Birds performing their song “Smokin’ On The Lake”, and according to whoever posted the video, the bands performance made them cry. Enough said.

Josh Buckley Residency at The Blackheart (21+)

While Austin has its fair share of bands that take influences from pure country groups, local singer-songwriter Josh Buckley sounds he comes straight out of Nashville instead of Texas. Playing music since he was a young boy due to his father’s personal and professional musical influence, Buckley has a stage presence that is truly his own. Always sounding soulful while meaning every word, Buckley’s live show is one that you should not skip, as his songs will bring some excitement to your night, while making you hope you don’t miss him the next the times he plays the Live Music Capitol.

The Rattle Inn has put on some great shows by Austin musicians, and Randall Conrad Olinger is no exception. With only a banjo and his voice, Olinger has a talent for music that feels raw, exciting, and soul stirring. As Randall sings with a pained country twang, we feel like Olinger is taking us back in time as we experience his simple take on country music, leading us to feel each song’s emotion right along with him. Judging from the video below of Olinger playing “Dream or Home,” the crowd looks to be having a great time, and we know you will to. So we highly encourage you to get on down to The Rattle Inn for a quality live show.

Alpha Rev at The Roost with Hunter Sharpe

If you are looking for a group that brings soul and passion to their music, you should look no further than Alpha Rev, a local Austin band that is one of the best in the local music scene. After listening to their track “New Morning”, complete with rich and expressive vocals and beautiful strings, we know that The Roost will be packed with fans waiting to sing every word, so we suggest that you get to the venue early. Also performing at this show is another local artist Hunter Sharpe, who performs his own brand of edgy country music that will fit well alongside Alpha Rev and their pop inspired tunes.

While the Austin music scene represents nearly every music genre out there, indie band Löwin is the best within theirs. Rehearsing out of a container of East Austin, the video below of the band performing their song “Best Laid Plans,” not only demonstrates the groups musical ability but their passion for music, which is always a plus when experiencing a bands live show. Performing this weekend at the Black Heart, we are sure that Lowin will become a big local band within the very near future, and will certainly be an act you want everyone to know about.

Suede at The Speakeasy

Suede, one of Austin’s many cover bands, is not just any cover band, but one that plays all of your favorite tunes. Their performance at the Cedar Street Courtyard in April 2010 had them performing the Muse tune “The Uprising”, which not only showed how tight the band is as a unit, but just how versatile they are in the tracks they pick. While the song itself is not a lively one, the group makes it fun by losing themselves in the song, making sure that everyone will remember them after their set is over.

A great part of being a music fan is not only hearing a song that you can relate to, but one that tells a great story. At The Rattle Inn on June 13th, the Jonathan Fox Band will be taking the stage to perform tunes with heart and soul that you will want to hear more of. In the video below, the band takes a more laidback approach to their music with an acoustic version of “Someday”, and judging from their performance, no one will be disappointed.

SHARE: A Benefit For Flood Relief at The Gatsby

Due to the horrible weather we had a few weeks back, there have been plenty of flood relief benefits that Austinites can attend and contribute to, and the benefit that The Gatsby will be hosting this weekend will be no different. While there is a long list of bands performing, including Friends Sing Songs, Ready Betty, and Oak Wilt,  the music will be going all day and well into the night. The music begins at 1 pm and goes until 2 am, and you can check out the schedule over at Do512.

The Motel Ball Band is certainly an interesting act. While performing their own version of rock, the band sprinkles in a little bit of country, making their music sound unique and fresh. Their song “She Wants Your Money” is a laidback rock and roll tune that features a harmonica and raspy vocals, and the bands party vibe is sure to add some kick to your Saturday night as you try to scope out bands that are the most entertaining, which Motel Ball Band certainly is. You can head on down to Hotel Vegas to check them out on Saturday night.

Papa Mali at The Parish

Papa Mali is certainly one of Austin’s funkiest guitarists, as his music will remind some music fans of the Red Hot Chili Peppers with the vocals of Boz Scaggs, as he intersperses different sounds to make vibrant and colorful music that cannot be matched by many musicians. In this version of “Early in the Morning”, Mali performs with a group of musicians who bring their own flavor and style to the track, certainly making the performance an entertaining one. The Parish will also provide a great backdrop to the show, as the venues intimate feel is very up close and personal, making the audience feel like they are getting their own private performance.

A.M. Feelgood at The Swan Dive

A.M. Feelgood is a band that you can’t believe you’ve missed out on. Playing bright guitar riffs that will get right into your head, the band plays stunning rock tunes that few can pull off, while sounding similar to Texas band Explosions in the Sky, due to their expansive but mellow sound. During their 2014 Pfeelgood Sessions, the band performed their song “We’ve Got Birdbaths”, and after performing an opening riff that feels laidback and reflective, the band launches into a jam that has us mesmerized, while putting the band right at the top of our “must see” list. This weekend the group will be playing at The Swan Dive, and we guarantee that it will be a fun show.