One of Austin’s most beloved ramen spots (and the #1 ranked ramen spot in the entire U.S. by TimeOut.com), Ramen Tatsu-Ya, just announce their new restaurant concept, Kemuri Tatsu-Ya. The new  joint, a “Texas-influenced take on izakayas, Japanese pubs that encourage casual, communal eating and drinking” will find its home in a former barbecue joint (Live Oak Barbecue) on the east side, according to a press release.

In case you were looking to brush up on your Japanese, “kemuri” means “smoke.” The idea of smoke can be seen on the smoke stained walls of the venue (designed in collaboration with McCray & Co) that also honors the tradition Japanese Izakaya concept. The rest of the name, “Tatsu-Ya” comes from the combination of co-owners and executive chefs Tatsu Aikawa and Takuya Matsumoto.

Izakaya concepts are basically a Japanese version of the gastropub, great places for after-work eating and drinking, similar to Irish pubs and American taverns, according to Wikipedia. This particular izakaya (Fukumoto Sushi seems to be the only other one in Austin), will be a full service, full bar restaurant, offering a menu of shareable dishes and rotating seasonal specials and an array of beverages designed to compliment the cuisine. Some ramen will also be served, though it will not be the focus, according to Eater Austin.

Kemuri Tatsu-Ya will begin with dinner service winter 2016 and is now seeking applications for all positions. 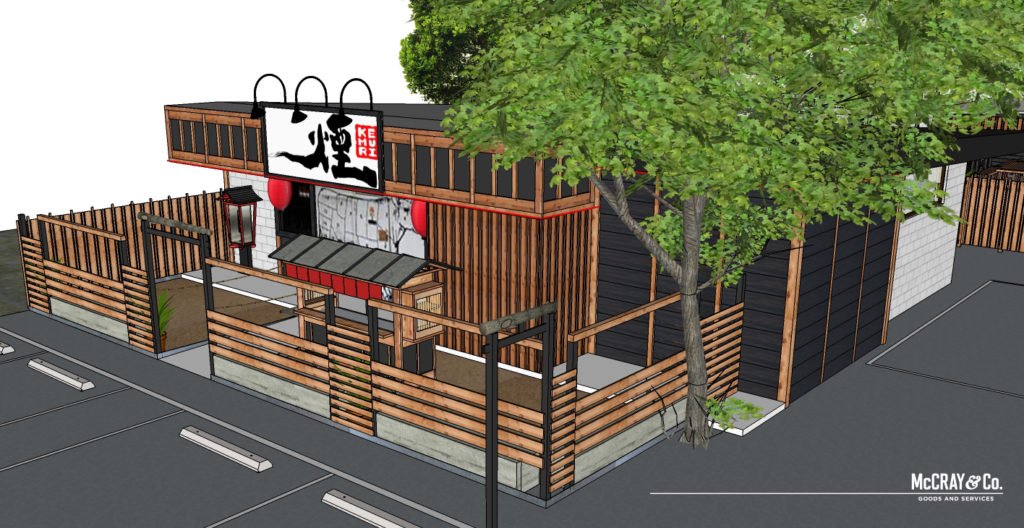