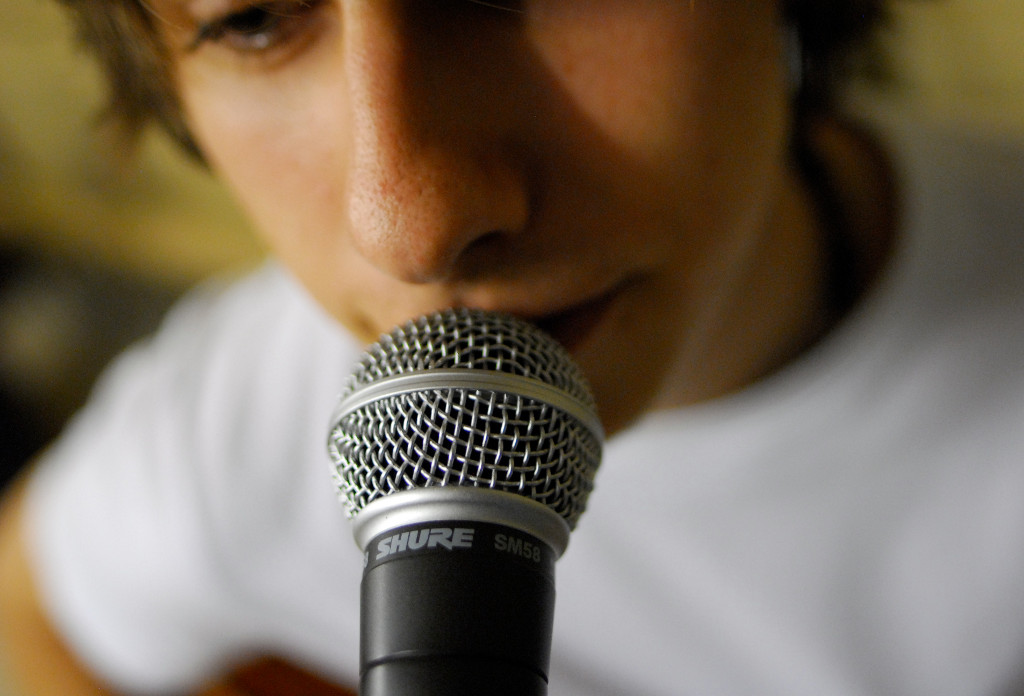 The Story Department: Telling Tales That Light Up Lives

Ashley Kuske, an Austin writer and comedian, walks up to the mic in the corner of the room and within seconds, the pizza-eating, beer-drinking, mixed-age crowd bursts into laughter. She tells a story about how she convinced her mother, and many others, that she regularly spoke with the biblical angel Gabriel, and how this lie followed her around for years.

How she got rid of her imaginary enemy, and the lessons she learned, left the crowd smiling.

The event, called The Story Department, had a theme that night: “Know your enemies.” Along with Kuske, who later said the event “feels like home,” three other storytellers shared hilarious and at-times-touching true stories on the topic. Every seat was filled from start to finish at this two-hour experience.

The video above is admittedly not Kuske. It’s a different gathering of The Story Department, from 2011, featuring Austin musician Nano Whitman telling a tale from his childhood. And it’s a testament to how long this regular event has been occurring.

The Story Department happens once a month, often the second Tuesday, at Home Slice Pizza on South Congress. It has actually been going on since 2010, put on by Austin Bat Cave, a local nonprofit that provides children and teenagers with a creative writing education. All proceeds (including alcohol sales and the $10 ticket fee) go to the organization, meaning all those laughs and the intoxication benefit a great cause.

Some people, like Philip Chidester, have been coming to The Story Department every month for years. “I like the diversity of stories,” he said. “There’s a lot of humor in the stories, a lot of true confessions about people’s lives, lot of issues about growing up explored, and a combination of age groups.”

Alexa Johnson, who has volunteered with Austin Bat Cave for a year, said it’s one of the most fun events she’s ever found in Austin. “Not only is it for a good cause, but it fills a void,” she observed.

A list of the storytelling themes through December can be found on the Austin Bat Cave website. The next event, on Aug. 12th, is titled “BFF.” If it’s anything like the last several events, you can expect to laugh and be moved.
——