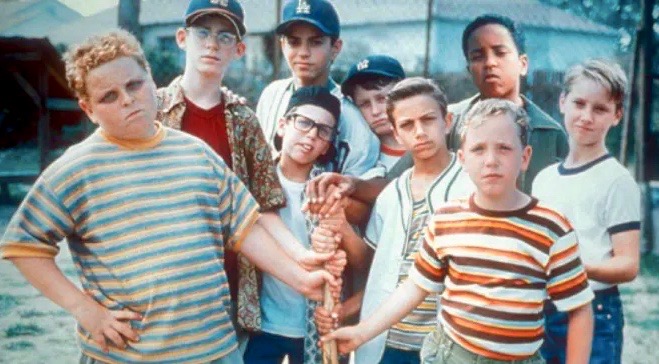 The Sandlot Cast Reunites in Austin

The Alamo Drafthouse will be reuniting The Sandlot cast members Tom Guiry (Smalls), Chauncey Leopardi (Squints), and Patrick Renna (Ham) for an epic outdoor Rolling Roadshow on Sunday, October 20 at Treaty Oak Distilling in Dripping Springs. There will be pre-show activities plus a Q&A with the cast, exclusive merch, and a special menu featuring Sandlot themed food and drinks. More info here.

Actor Val Kilmer attended two Rolling Roadshow events in Austin last weekend, and posted the sweetest tribute to Austin on his Instagram. Along with multiple pictures of his time in the ATX, Kilmer praised Austin and called it one of his top five cities. You can read more here.

Midland’s new album “Let It Roll” is the #1 country album! In case you aren’t aware, the Austin area based band got started in Dripping Springs in 2016. On Saturday, they’re headlining a free show at Longhorns City Limits. The band plays before the Texas versus LSU game at 5 p.m. on the LBJ lawn.

As usual, a plethora of celebrities are coming to Austin in the next few weeks. From Fantastic Fest to rockin’ musical performances, comedians, and even Brooke Shields, there’s something for everyone this month! Check out all of the celebrity events happening in September here.

Kendra Scott is donating 100% of proceeds from select styles to support Hurricane Dorian relief efforts. It’s happening both in-store and online through Sunday, September 8. You can check out those items here.

Want even more entertainment news? Head over to ATXgossip.com.