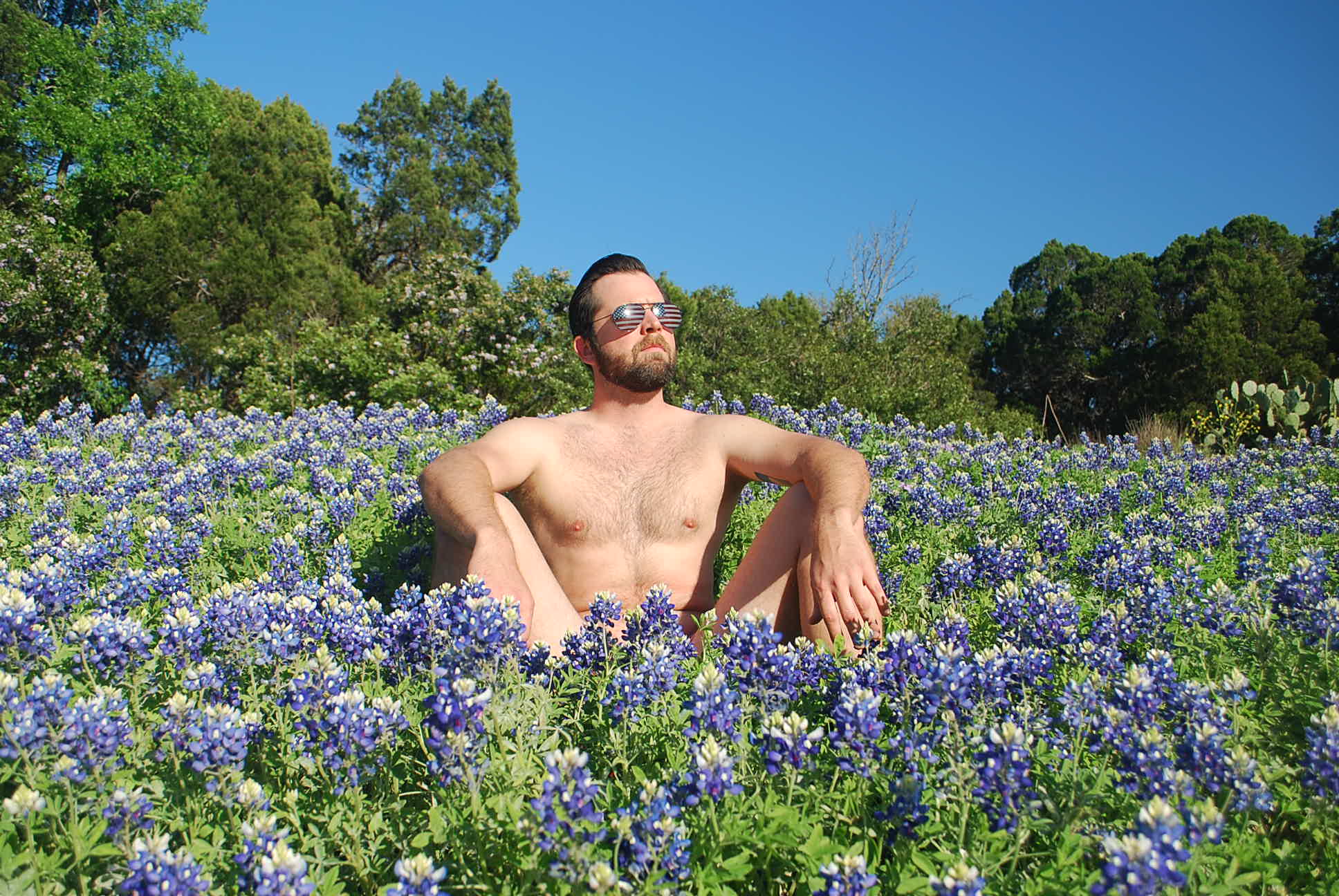 The Owner Of Austin Key Guy Loves Bluebonnets WAY Too Much

Editor’s note: It is with great sadness that we must relay word of the passing of Adam Webb, the owner of Austin Key Guy, who perished in a tragic motorcycle accident on Sunday, August 6, 2017. You can find his obituary here, and our tribute to Adam here. Adam was a valued member of the Austin business community and a really nice guy to boot. We will miss him severely.

Most business owners are straight-laced, money-oriented types, right? Well, not Adam Webb, proprietor of Austin Key Guy, a mobile locksmithing service here in town. In fact, “laced” isn’t even close to the right word for what he’s into.

Let’s put it this way: Adam loves bluebonnets. A lot. Probably too much. Like, WAY too much. Evidence of this fact are the photos he gave to Austin.com recently (seen below), showing him mugging for the camera in a field of bluebonnets while wearing a Speedo and a cowboy hat. 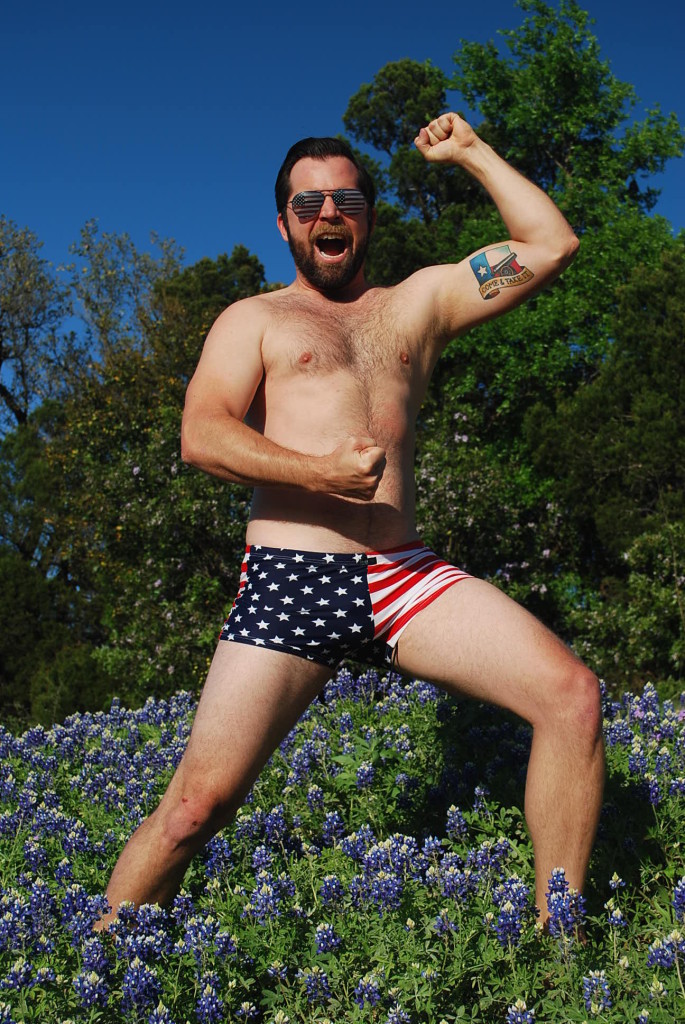 While taking bluebonnet photos with children is certainly a Texas tradition, no family on a photo outing expects to run into a grown man in a tiny patriotic swimsuit frolicing amongst the flowers. But that’s exactly what happened here in Austin recently, and we’ve got the photos to prove it.

These images were taken in a field just off the MoPac expressway. As you can imagine, he caused quite a stir.

It all started back at Christmas when Adam’s girlfriend, amateur photographer Caroline Ivy, joked he should pose for photographs a la Burt Reynolds on a bearskin rug. The Christmas photo shoot never materialized, but the idea was planted firmly in Adam’s head.

When the bluebonnets bloomed this year, Adam told Caroline he’d like to take some photos. She thought he meant a couple’s shoot, but he had the bearskin rug in mind.

On the day of the bluebonnet shoot, Adam wasn’t actually expecting to pose but it happened to be “golden hour,” right before dusk when the lighting is best for photography. Caroline couldn’t pass up the moment. Cruising up the northbound access road of MoPac, just past the South Capitol of Texas Highway exit, they pulled over and Caroline said: “I know you have your Speedo in your trunk.”

Of course he did, and so the semi-nude bluebonnet shoot began.

It only took about 15 minutes, but that was plenty of time to draw a crowd. Drivers slowed down on the highway, honking and yelling at Adam. Most of the outbursts were in good fun, he said.

Most of his friends thought the images are pretty funny, and we have to agree. Even his mom — who was shown the photos on Facebook days later — was good-natured about it, although she initially objected.

“At least it was really good lighting,” Adam’s mom said. 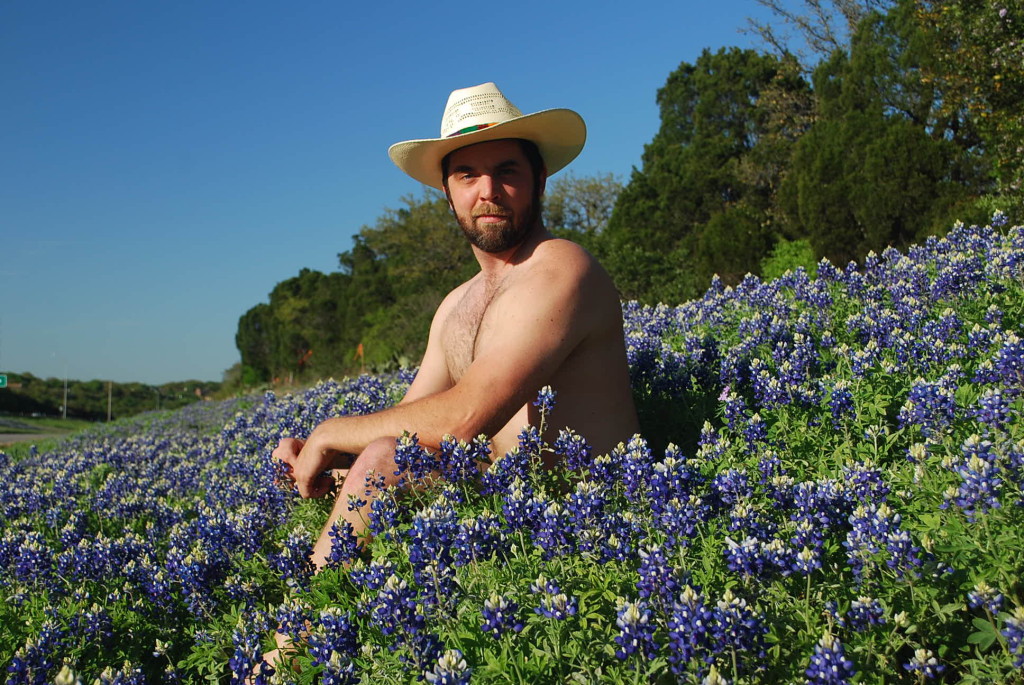 “My favorite thing [in school] was to get the teacher to laugh,” Adam said. “They can’t be too irritated with you if you make them laugh.” 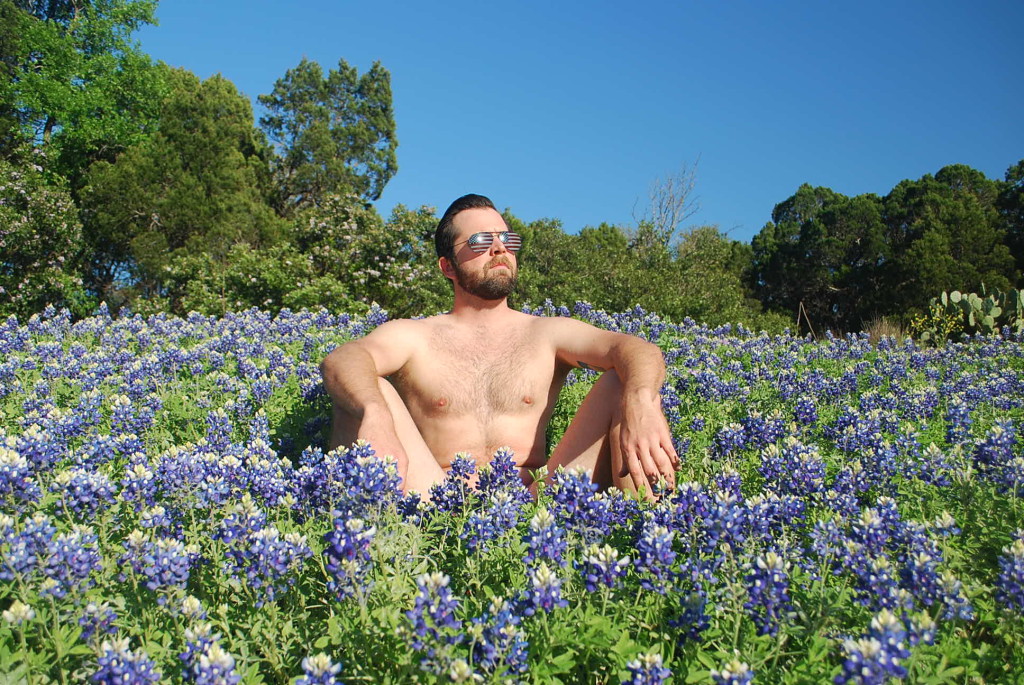 Ah, yes. The sun is shining in Austin, Texas. 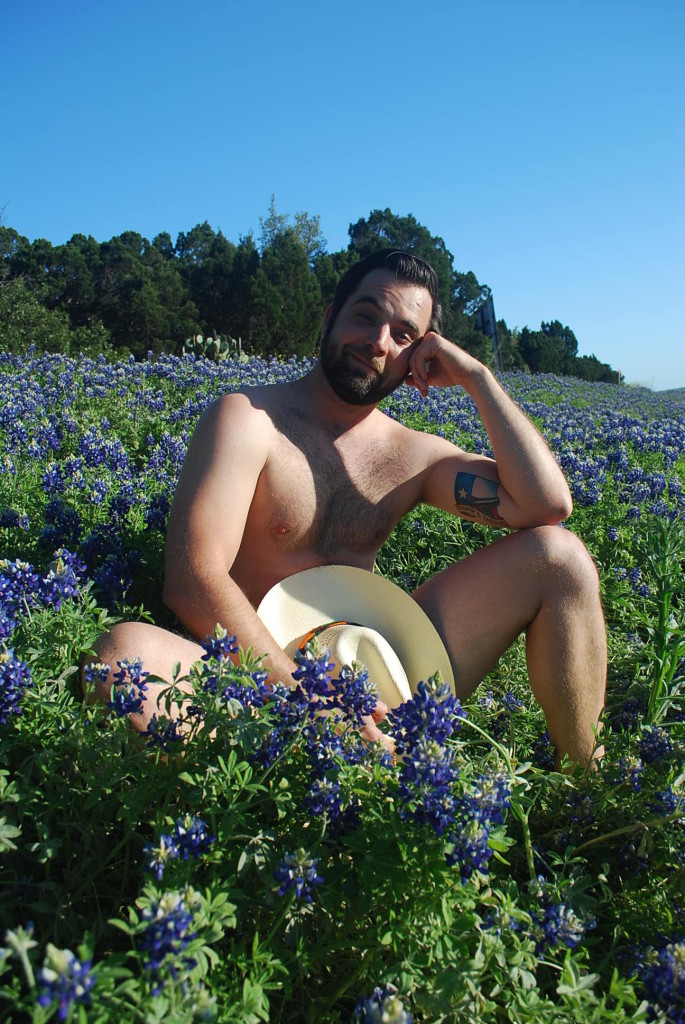 Yes, this guy is a locksmith. As in, a professional locksmith.