The Leslie Cochran Movie Trailer Is So Good You’ll Cry

The trailer for the biopic based on Austin’s favorite crossdresser, Leslie Cochran, moved us to tears. And it’s only a two minute preview of the film!

Becoming Leslie appears as if it takes you back to a time when Austin was a little more weird, a little more unique, and a lot more lovable. But we’ll get into that more after we see the full film.

Leslie was a one-of-a-kind shining symbol of true Austin. Since his passing, the city has dulled just a bit, in more ways than one.

As a woman in the trailer says, “He certainly didn’t view himself as transvestite or transgender, he was just Leslie.”

And it’s about time his story is told. 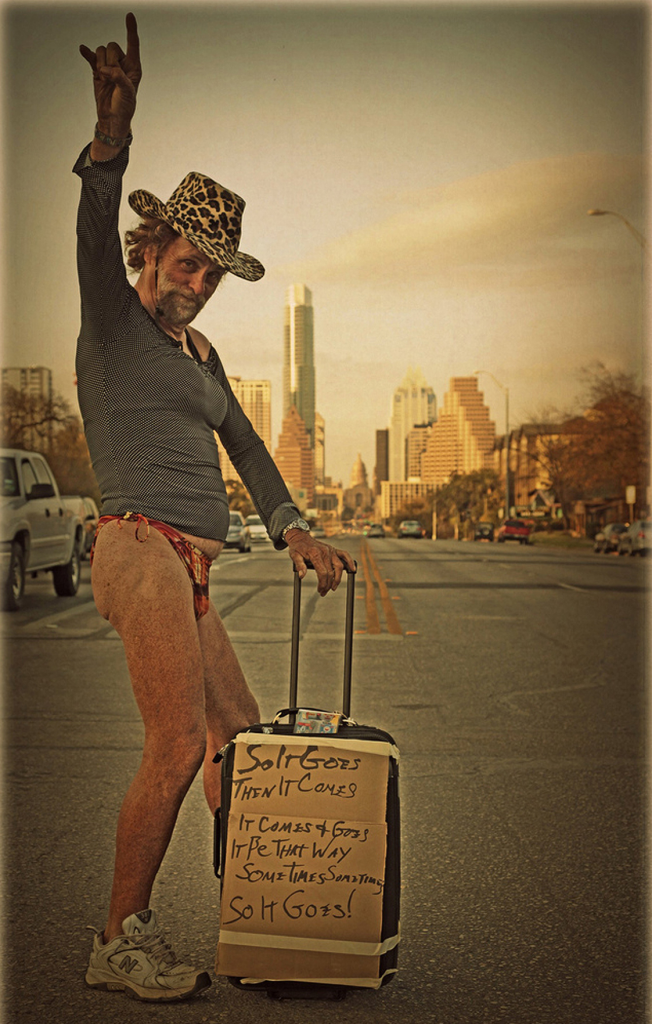 Becoming Leslie will have its world premiere at SXSW at the Rollins Theatre at the Long Center on Friday, March 8, which just so happens to be the official ‘Leslie Day,’ as proclaimed by Mayor Lee Leffingwell.

Following the premiere, the film will screen two other times: Saturday, March 9, at the Austin Film Society Theatre and Wednesday, March 13, at the Alamo Drafthouse Ritz. Check the SXSW official site for more details.

‘There’s so many people that are so scared of dying they never live.” Leslie says in the trailer. “Me, I can’t stop living because I’m afraid of dying.”

Now, with this film, Leslie will live on forever.

Just outside of Austin, you'll find some of most charming small town towns. This week we're visiting Lockhart, the barbecue capital of Texas!
- September 29, 2020
These Are Some of the Best Coffee Spots in Austin

Austin is flush with amazing coffee houses, all with their own personalities. Here are some of our favorites.
- September 29, 2020
5 New Austin Restaurants You Need to Try

Learn about five of the best new Austin restaurants: Devil May Care, Taquero Mucho, The Peacock, Nixta Taqueria and Reunion 19.