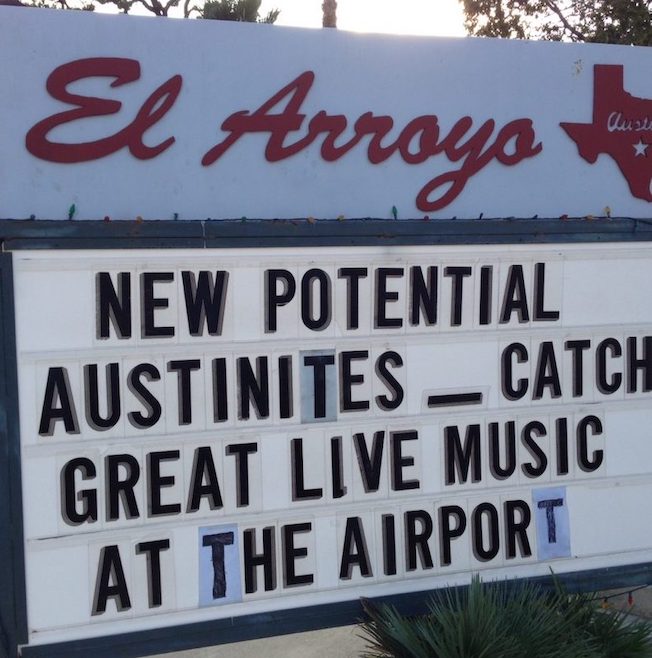 Austin wouldn’t be the live music capital of the world if it didn’t have such a variety of genres and venues. The January music event line up is a pretty great one. Seems like a lot of bands/ artists are releasing new music and gearing up for the new decade. So here’s our list of the best music events in Austin this January.

All That 90’s Party | Saturday, January 4 | 9 p.m. | The North Door, 502 Brushy Street
The Ultimate Nineties Night with DJ Marco (from Philadelphia) breaking down the 90s and reconstructing the decade.

Louden Swain | Saturday, January 18 |7 p.m. and 10 p.m. | The North Door, 501 Brushy Street
Some of you might know Rob Benedict as Richard from the 1998 WB series “Felicity” but Austin and The North Door know him as the lead singer of Louden Swain. The band returns to the North Door this January for a two show special performance.

Tool | Tuesday, January 21| 7:30 p.m.| Frank C. Erwin Center, 1701 Red River Street
According to Forbes Tool’s latest album Fear Inoculum was the greatest musical comeback of 2019. You don’t want to miss them, their new album, or any of the songs they play from their 25 year career.

Hi, How Are You Day 2020 | Wednesday, January 22 | 6 p.m. | ACL Live, 310 Willie Nelson Boulevard
Hi, How Are You Day 2020 is the third annual celebration of the life and legacy of the late great Daniel Johnston. It’s both a tribute and to help raise awareness about mental health. Bands confirmed are Cage The Elephant, White Denim, and Jason Falkner. More to be announced. More information about the Hi, How Are You Project here.

Nada Surf | Friday, January 24 | 8 p.m. | Mohawk, 912 Red River Street After a near thirty year career and a long break from touring, Nada Surf is finally back on the road. So don’t miss your chance to see them.

The Almost | Tuesday, January 28 | 5:30 p.m. | Historic Scoot Inn, 1308 East 4th Street
There’s a recent trend in bands coming back to life to tour and release new music, years after falling off the grid. The Almost is one of those bands. This will be their first tour in five years.

Saint Motel | Friday, January 31 | 8 p.m. | Emo’s Austin, 2015 East Riverside Drive
Saint Motel has been described as “dream pop” and after hearing about them releasing the first ever virtual reality album and music video, we have to admit it’s an appropriate name. Check them out in actual reality at Emo’s this month.

New year, new experiences. Start the decade off right, your ears will thank you later!

Want more New Year events and posts?
Check these out: