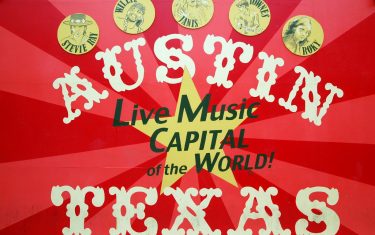 Austin wouldn’t be the live music capital of the world if it didn’t have such a variety of genres and venues. Here’s our list of the best Austin music events in Austin this February.

Highly Suspect | Thursday, February 6 | 7 p.m. | Emo’s, 2015 East Riverside Drive
Highly Suspect, the three time Grammy nominated and number one radio single band is coming to Austin and you don’t want to miss it. This rock band bends genre like no other.

Sarah McLachlan | Saturday, February 8 | 8 p.m. | Bass Concert Hall, 2350 Robert Dedman Drive
Sarah McLachlan is one of the most celebrated singer songwriters in entertainment with over 40 million albums sold worldwide. She has received three Grammy Awards and 12 Juno Awards over her career and was recently inducted into the Canadian Music Hall of Fame.

The New Pornographers |Monday, February 10 | 7 p.m.| Emo’s, 2015 East Riverside Drive
A Canadian indie rock band, formed in 1997, the group i made up of singers and song-writers from multiple projects.

The Willow and Ery’s Tour | Tuesday, February 11 | 8 p.m. | Emo’s, 2015 East Riverside Drive
Jaden and Willow Smith are heading out on the road together, again. The famous siblings will be co-headlining their second tour together and will once again be playing Emo’s Austin. So if you missed them the first time, here’s your chance!

Grace Potter | Saturday, February 15 | 8 p.m. | ACL Live, 310 Willie Nelson Boulevard
An acclaimed songwriter and electrifying performer, Potter has been described by Spin as “one of the greatest living voices in rock today.” You don’t want to miss her live.

Pinegrove | Friday, February 21 | 7 p.m. | Emo’s, 2015 East Riverside Drive
The rock band is known for their literary lyricism and loyal following of fans, which refer to themselves as “Pinenuts.” The band named themselves from the prominent pine tree row on a nature reserve where the lead singer Evan Hall attended college.

Want more events and posts?
Check these out: