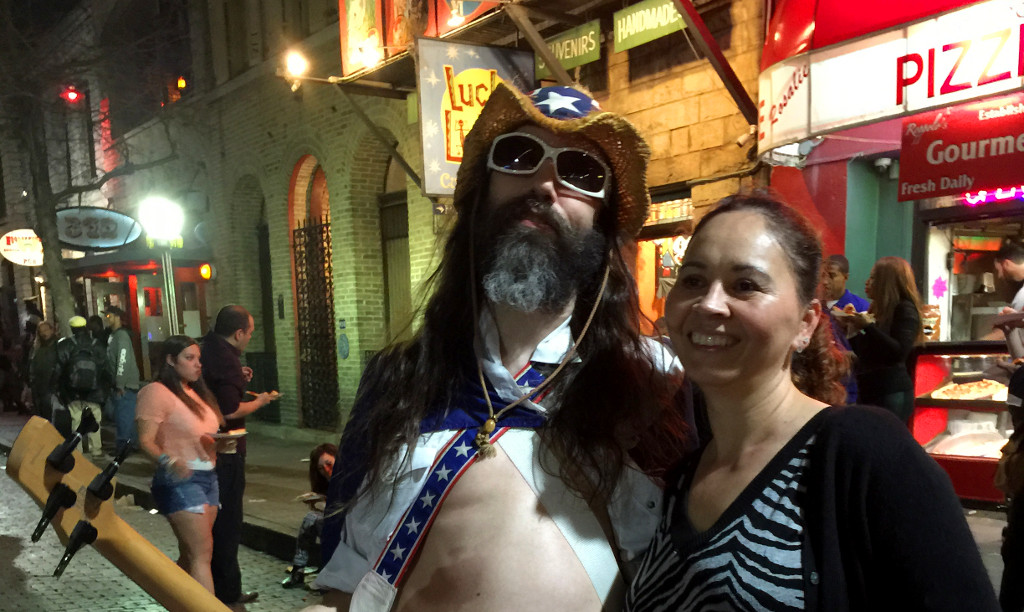 South by Southwest is finally over and the hangovers have worn off. As we’ve collectively found ourselves wandering Austin in a boozy haze, we’ve been trying to piece together what exactly happened over the last two weeks.

While we reassemble our shattered memories and heal our pickled livers, we figured it might be nice to show off some of the strange sights we’re still trying to make sense of. With no further ado, here’s the 25 weirdest things we saw in Austin during SXSW 2015, in no particular order.

This is what happens when the kids get all potted up, apparently.

Just saw a dude stop in the middle of the crosswalk, busy out a break dance spin, on the street, and got up and walked off #keepaustinweird

She is wearing a trash bag on her head #KeepAustinWeird pic.twitter.com/giTLFeoCYh

One of the many unique amenities in my #Texas hotel last night. #KeepAustinWeird, indeed. pic.twitter.com/VSdCGAu849

You might get slapped for using this in public.

#KeepAustinWeird and this is far from half the weird things I saw this past couple of days lol #whitegirlasianfood pic.twitter.com/dZMvzt0y47

You just don’t know how good this stuff is…

Imagine that meeting where someone said “Let’s have 4 Ronald’s taking a #selfie!” #sxsw #keepaustinweird #mcdonalds pic.twitter.com/GAhzq67YDy

Nothin says Texas like a rattlesnake running for president #keepaustinweird

And you thought #spinners were ridiculous. #keepaustinweird #Sxsw2015

*falls over* *dies* RT @PopSci: The first flying car could be on the market by 2017 #SXSW http://t.co/9gEVot71F0 pic.twitter.com/YPOZrorSDq

RT @HCconnected: On any given day, #Austin *is* pretty weird, even with #SXSW in full swing! #Texas #KeepAustinWeird pic.twitter.com/1x69ese8To

NYC’s Naked Cowboy has nothing on this dude.

Danny, is that you?

That One Really Tall Lady

Freaking out the drunks so hard…

Head Branches, For Some Reason

Love my ride around Austin & #SXSW powered by Wonder Woman and her pedicab. #keepaustinweird pic.twitter.com/S6bV09HdOZ

RT @BelieveBobRoss: #SXSW 2015 – A couple of pirates and a guitar in downtown @Austin. #KeepAustinWeird… pic.twitter.com/jPVN4vHorH

Spotted on the streets of Austin. #SXSWi #SXSW #SXSW2015 #KeepAustinWeird

Hey, that’s one of the ‘Ben Kincaid’ novels!

We really have NO idea…