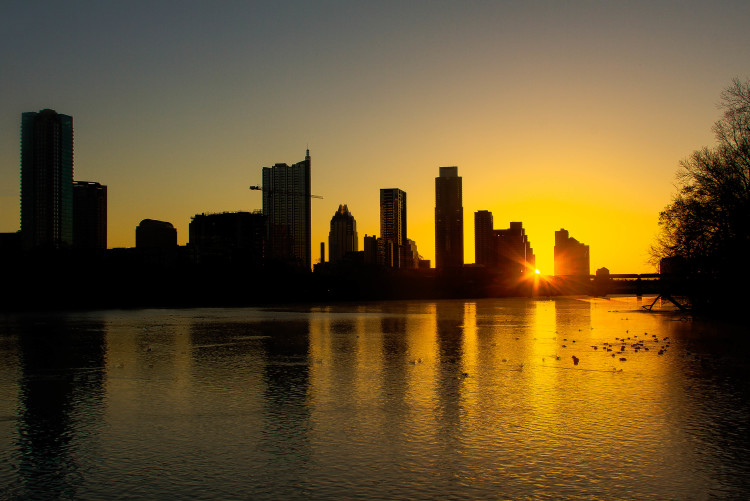 10 Things You Must Know Before Moving To Austin

So you want to move to Austin. We’ve heard it a million times before. It seems like everybody and their mom wants to get in on the glory that is our taco-eating, live music-loving, thrift store-shopping, Longhorn-cheering, tech-innovating city. And who could blame them? Certainly not us — but some of the locals will, no matter what. Don’t mind them. You’ll become a grouchy local soon enough, so you might as well enjoy Austin before complaining about how much it has changed becomes your favorite hobby.

To help avoid any unpleasantness that one might encounter coming to Austin from far-flung places like New York, Los Angeles, Chicago, or even (gasp) Wisconsin, there are a few *things* that you should know. Since it is unofficially our job to make sure people are having fun, finding their way around town, and generally getting the most they can out of the awesomeness that is Austin, we took it upon ourselves to get you ready for life in America’s greatest city.

Yes, we said it and we meant it. But before you can be considered ready for the experience that is Austin, make sure you’re set on these 10 lil’ things…

10.) Austin is really a college town

We have grown into a small city, so you get a few high rises for about 10 miles radius of the city center but that is it. If you want a really big city you’ll be disappointed. But don’t be too hurt there is still plenty to explore its just not over as large an area as other cities of its, for lack of better expression, fame level.

The benefits of our college-angled city are many, even if you’re not of college age yourself. It only takes experiencing a single location-to-location move with the help of the friendly folks at Bellhops Austin, known for hiring college guys to handle your heavy stuff, to start feeling good about our college orientation. Those guys sometimes really do put all that extra energy to good use!

In 2011, a record was set for most consecutive 100 degree or more days (around 80 straight days). If you’ve never experienced that kind of prolonged heat, don’t leave home unprepared. Wear loose, breathable fabrics, try to keep out of the sun, and for God’s sake, bring a bottle of water or three whenever you go out. Also: Sunscreen. Lots and lots of sunscreen.

8.) Live music is huge in Austin

It’s not called the capital of live music for no reason; so expect to find someone playing a show or out on the streets performing just about every night of the year. Of course, SXSW is a festival that happens to happen once an year in Austin. But do not have the expectation that this festival is what Austin is like. Austin is much sleepier the rest of the year and even during southby, you may notice that stuff pretty much closes down at 2 a.m.

7.) The Cost of living Downtown Is Absurd

Housing can get just as crazy in terms of price as the bay area or new york if you want to live downtown. if you can deal with a commute though, it can be cheap, but only if you are willing to sacrifice time in a car every day.

People who complain about it have probably never driven in LA or Atlanta. if you are from Atlanta, LA or any other notorious traffic capitals, you won’t even notice it unless it’s game day or one of the larger music festivals is happening. But if you’re used to solely using public transportation to get around or you’re from a small town, then you may have a bad time.

You’re gonna need all of your medicines out here if you have them. Sudafed and Claritin are practically the unofficial Texas two-step.

Folks around here do not pull punches. If a Texan has even a single strong opinion, you will learn about it soon. And if you disagree, well… Try to be nice about it, because we love to argue. So if you are used to more passive aggressiveness, you’ll have to learn to develop a thicker skin.

Not quite New York level but maybe 3/4s of that. So watch yourself on the roads. Austin is probably the most laid back part of Texas in terms of that but its still something to be prepared for.

2.) Austin is smaller than you think

We have just shy of 1 million residents within the city’s limits, but there is so much to do here for a town of Austin’s size. Other bigger cities have more stuff, but you have to drive an hour to get anywhere in cities like LA, Houston, Atlanta, etc… or you have to ride a train for an hour in places like NYC or Chicago. Here you can get almost anywhere from downtown in 20 minutes if there’s no traffic.

1.) Everyone loves being outside

Austin is home to Lance Armstrong, Kenyan runners, and rowing teams from around the country. Why? They can train here during the winter without freezing. Regular people here love running, kayaking, mountain climbing too. There are at least a dozen marathons, 10ks, triathlons, etc here every year as well that you can participate in. The hike and bike trail around Ladybird lake is super popular too.

Bonus: Once you’re here and all 10 of these items are no sweat, the next steps to doing Austin right are all in this handy, 3-minute video guide. Now, go have fun!