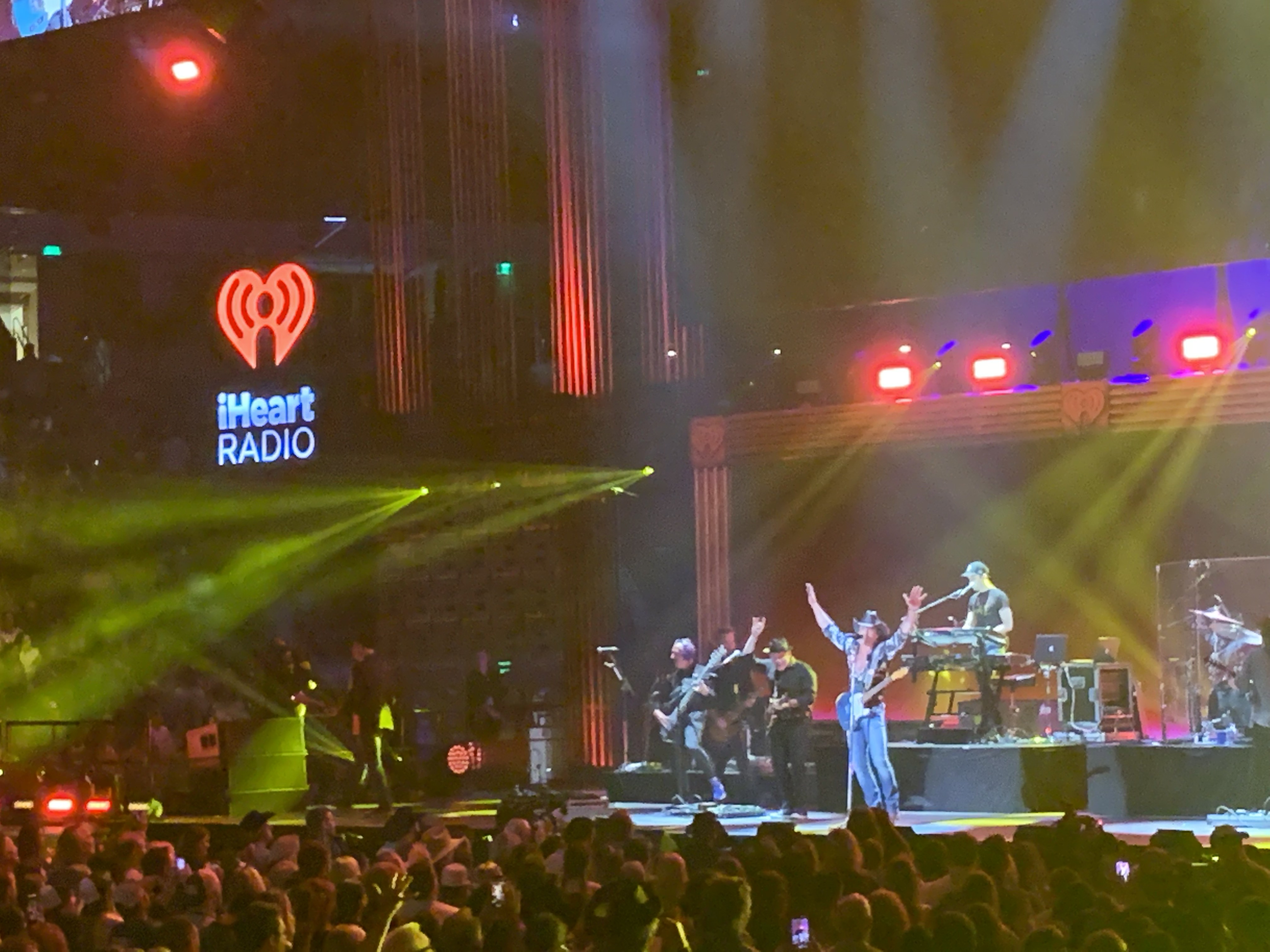 The 10 Most Austin Things About iHeartCountry Fest 2019

Oh, what a night! The iHeartCountry Fest in Austin, Texas, continues to be a show you most definitely don’t want to miss. Back for the sixth year, the evening included big names like Tim McGraw, Florida Georgia Line, Little Big Town as well as up-and-comers like Tenille Townes and Caylee Hammack. This is a festival unlike any other in the ATX.

And we have Bobby Bones to thank for that. On the red carpet, the radio and TV personality said, “Six years ago, I fought for it (the iHeartCountry Festival) to be here and every year the company remains impressed at how great Austin is as a city.”

Though he’s one of the most Austin things about the festival every year, there were a number of other things that also made the event so ATX-tra special this year.

The Daytime Village is Free

While tickets for the event can be pricey, the festival also features a daytime village that’s totally free and we love free fun in Austin. The lineup for the free daytime event included Russell Dickerson, Michael Ray, Lauren Alaina, LOCASH, and Morgan Wallen.

Dickerson mentioned eating Torchy’s prior to playing the daytime village. But it was when he talked about his crew that our hearts melted. He told FOX 7 Austin that everyone in his crew that’s from the great Lonestar State has so much Texas pride. Now that’s what we like to hear!

No one Can Resist Talking Barbecue and Tex-Mex

Every artist who walked the red carpet took the time to chat about ATX eats. In addition to Dickerson’s Torchy’s Tacos, Luke Combs mentioned eating breakfast tacos at Buc-ees, Bobby Bones gave a shout out to Iron Works, and the boys of LoCash raved about their dinner at Jacoby’s.

After LoCash’s Preston Brust raved about the deviled eggs, brussel sprouts, and strawberry shortcake cupcakes at Jacoby’s, he went on to say, “And I love all the Texas beer!” His favorite? “The national beer of Texas, Lonestar,” he exclaimed!

Though not in town for very long, Combs mentioned that he’d only have enough time to “grab some Whataburger and get out of dodge.” He’s a fan of the patty melt and spicy ketchup. “Gotta have spicy ketchup,” he said.

Though this was Michael Ray’s first time taking the stage at the iHeartCountry Fest, it wasn’t his first time in Austin. In fact, he celebrated the big 2-1 at the Chuggin Monkey on Sixth Street. “It was forgettable, because I do not remember it,” he told FOX 7’s Tierra Neubaum. He went on to say that Austin, Texas, will always have a special place in his heart.

Everybody Loves to Keep It Weird

A couple of artists mentioned keeping it weird on the red carpet, but it was Little Big Town who greeted the crowd with the statement, following their performances of “Pontoon” and “Better Man.”

“Thanks for having us back,” Karen Fairchild said. “We love this town so much… we love keeping it weird, we love drinking your margaritas.”

Speaking of margaritas, one of the best performances of the night was Dan + Shay’s “Tequila.” OK, so this one doesn’t have a specific tie to Austin, but we do love tequila here in Texas. And the performance was too good to not share.

You know what song does have a tie to Austin? Old Dominion’s “Hotel Key.” The crowd went wild when the group sang, “She talked about Austin and how she’d get back there someday.” We do love it when people talk about us, don’t we?

Tim McGraw was giving us all the Matthew McConaughey vibes. From the tight jeans, to the oversized belt buckle, to the unbuttoned shirt highlighting his chiseled chest, McGraw was working that stadium like it was his own. We couldn’t help but think he’d fit right in on the sidelines of a UT game with our hometown hottie MM.

On top of all of this goodness, the best thing about the iHeartCountry festival is how absolutely gracious each act is to be a part of it all. As host Bobby Bones said in his intro, the country world is a big family. This was one family reunion we sure were happy to be a part of.