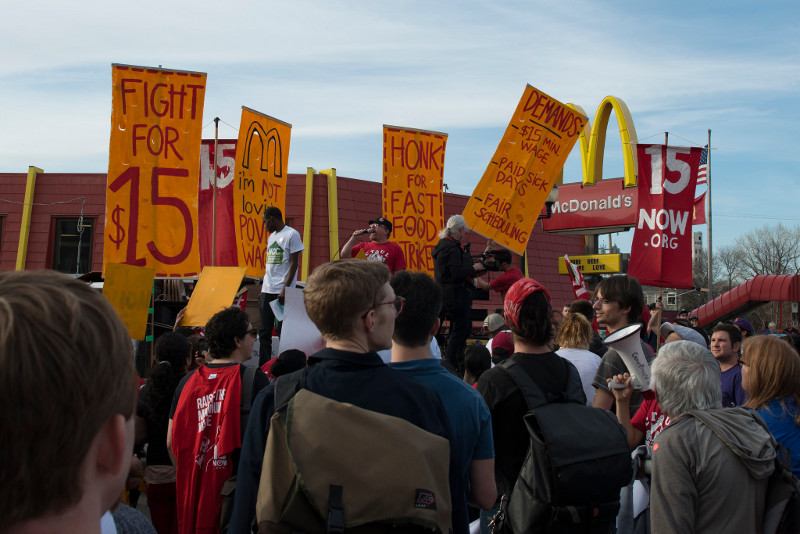 Support For $15-An-Hour Minimum Wage Is Growing In Austin

THE AUSTIN CHRONICLE — Last week, fast food workers across the country took part in a Fight for $15-organized strike, demanding a $15 per hour minimum wage and the right to form a union without retaliation.

Thousands of workers in hundreds of cities participated, but here in Austin, the numbers were much more modest: Workers from only four area stores (two Taco Bell locations, one Church’s Chicken, and In-N-Out) participated. At a rally at City Hall the day of the strike, the number of striking workers was heavily outweighed…