Spoon’s ‘They Want My Soul’ Brings Lighthearted, Breezy Rock Back to Austin

Austin band Spoon has staged a triumphant return to form with the breezy and lighthearted album They Want My Soul, which dropped in August of 2014.

While the band is no stranger to the Austin music scene, as they’ve been around since 1993, this record is their first release in several years, as the band members wanted time to pursue other musical projects. After some time off, the band has written an album that sounds like they have spent no time away. While they are sticking mightily with their indie rock sound they have perfected, they have also incorporated more programmed beats into their tunes, giving the music a fresh angle. 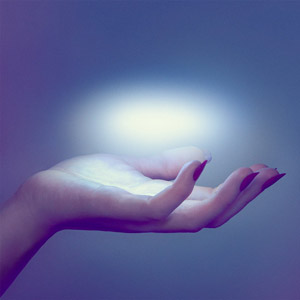 Buy “They Want My Soul” on iTunes or Google Play.

Opening They Want My Soul is “Rent I Pay” a fuzzy indie pop track featuring front man and guitarist Britt Daniel’s gritty voice, along with newest band member Alex Fischel pounding away on the keyboards, giving the track a very light psychedelic vibe. While the song is an appropriate choice to introduce the record to its audience, as it drives the albums direction, the tune is a bit repetitive, leaving us with the feeling that the song is going around in circles.

They Want My Soul continues with “Do You,” a mid-tempo track that begins with carefree “do, do, do’s,” illustrating perfectly the lighthearted sound that makes up the albums flow. While we are only four songs in, the album is well written and very consistent.

The band strays briefly at different points and explores other genres, but they mainly take the core of their indie sound and dives deep. This will go over well with their fans, since they are getting something new without the band moving so far away from their previous sound. Spoon enthusiasts will not feel like they are listening to an entirely different band.

The album’s title track is a catchy number that begins with pounding drums and a crunchy guitar riff that keeps the song moving steadily. Another strong component is the cheery guitar riff that takes over the end of the song and is one of the highlights of the album as it is the most complex riff we’ve heard from Daniel on Soul.

Lastly, “New York Kiss” wraps up the record, and its 80’s inspired vibe gives the release a different angle that makes They Want My Soul an appealing listen and one that indie rock fans will love and keep coming back to. Overall, there are no complaints about Soul as a whole, and it is certainly a release that won’t be collecting dust on your record shelf, only to be forgotten.

Here is a selection from the album called “Do You.”

If you would like to read more of Lauren Gribble’s reviews, check out her website, Listen Here Reviews.