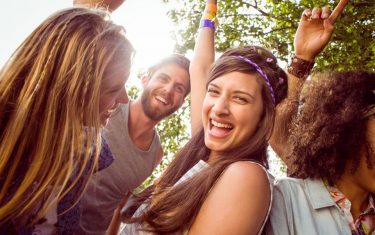 The Lovestream Festival, bringing together international music, food, arts, and cutting-edge technology in Austin, is coming up once again!

Lovestream founder Luis Zapata has a long history in the music business working at different record labels, where rosters included artists such as Metallica and Grey Ghost. Now Zapapta has turned his attention to being the CEO of local management group, Special Events Live Management Company, which runs Lovestream and other events.

Taking place on September 3 in Austin’s Pan Am Park, Lovestream Music Festival promises bands from all over the globe and local acts such as Scorpio Rising and Austin Samba, a Brazilian music and culture group. Aside from music, the festival will also include Dharma yoga, an app-based scavenger hunt, multi-cultural dancing, and much more.

Check out the Austin Samba School in action by watching the video below.

If you would like to read more of Lauren Gribble’s features, you can check out her website Listen Here Reviews.

Christmas-themed pop-up bars Miracle and Beachbum Berry Presents: Sippin’ Santa will return to Austin for another holiday season!
- September 24, 2020
A Guide to Life in Mueller

Just outside of Austin, you'll find some of most charming small towns. This week we're taking you to San Marcos. Forget about the outlets and see what else this town has to offer.