Some Weirdo Broke Into The Capitol And Vandalized A Portrait, Because Of Course

We’re scratching our heads about the weirdness that went down at the Texas State Capitol Building early on Sunday morning. 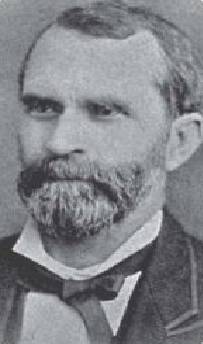 As the Statesman reports, at 3:27 a.m., a state trooper spotted 22 year-old Tanner Christian Graeber of Fort Worth climbing up some renovation scaffolding and breaking into a second story window of the Capitol. Once inside, Graeber apparently made his way to the third floor of the rotunda and threw a fire extinguisher and an oil painting portrait of former Texas Governor Fletcher Stockdale down three stories to the ground floor, causing an estimated $10,000 in damage to the painting and its frame.

Police arrested Graeber shortly afterwards and charged him with burglary of a building and criminal mischief before releasing him on a personal recognizance bond, which means he didn’t have to pay anything but promised to appear in court.

Perhaps Graeber had a little too much fun at Weekend 2 of Austin City Limits Music Festival and wasn’t really thinking clearly at the time of the incident, or maybe he specifically hates former Texas Governor Stockdale — and fire extinguishers(?) — for some unknown reason.

“If Graeber chose to damage that particular painting, that makes him the first person this century to hold an opinion on Fletcher Stockdale,” noted Patrick Redford, writing for Deadspin.

Whatever the case, no one official is talking about Graeber’s motivations, so maybe we’ll never know. What is clear is that Graeber faces a maximum sentence of two years behind bars. Ouch.
———