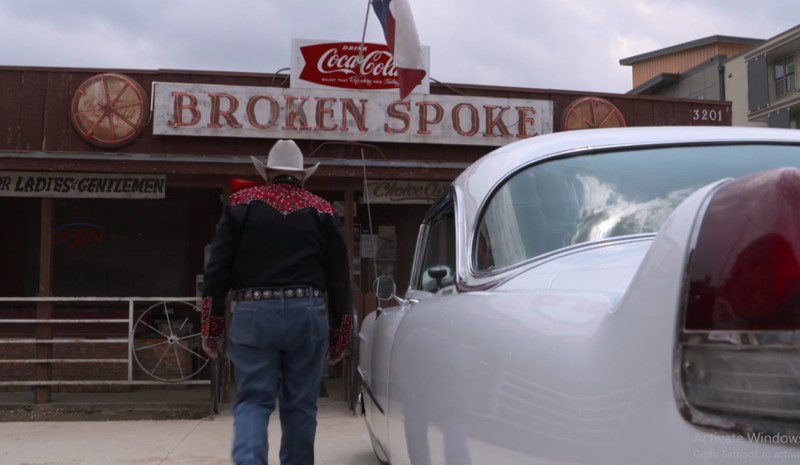 Have You Seen the Broken Spoke Documentary?

When people from other countries and even some other states visit Texas, they expect to see people in ten gallon hats riding their horses to work, school and play. That isn’t the case, but there are places in Texas that harken back to the days when horsepower translated directly to the number of horses helping you pull something.

The Broken Spoke won’t take you all the way back to before automobiles; however, it will take you to a time and place where dancing to country music was the main source of entertainment. Country music is still vibrant today as evidenced by pop country superstars, Texas and Red Dirt country artists from this part of the nation, thousands of country radio stations and a few true Texas dancehalls still operating.

As Austin has grown at a rapid pace over the past few decades, and the South Lamar neighborhood around The Broken Spoke is no exception In fact, the dancehall and its immediate environs are a microcosm of Austin’s growth. Old Austin rubs shoulders with new Austin as a mixed-use development surrounds the familiar building.

In November of last year, documentarians were trying to raise the last bit of money they needed through Kickstarter. They succeeded in funding their project, and after years of work, the film Honky Tonk Heaven: The Legend of The Broken Spoke premiered at the 2016 SXSW Film Festival.

Interviews with Texas country icons including Willie Nelson, Jerry Jeff Walker, Dale Watson, and others tell the story of The Broken Spoke. You’ll meet its larger-than-life owner who wants to keep his business authentic to the past to please today’s discriminating country music and dancehall connoisseurs.

If you missed the film at SXSW, make sure you see it to educate yourself about one of Austin’s stalwart music venues. It’s still kinda hard to find online, but once it’s available, you can bet it’ll be at the documentary’s official website.