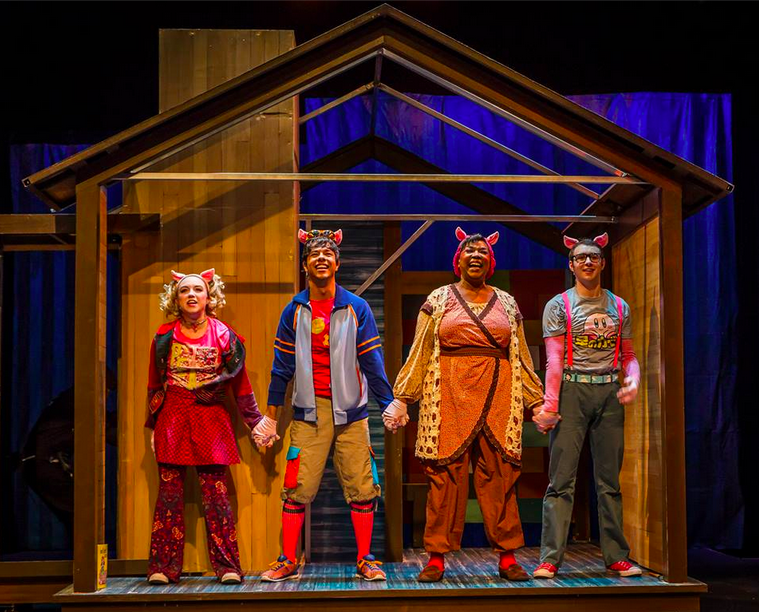 In a modern retelling of the childhood classic at ZACH Theatre, the audience is treated to a story which includes the now famous pigs in j-pop inspired clothes, a leather clad rock and roll Big Bad Wolf, and a clever, funny mama pig who can sing like no one’s business. 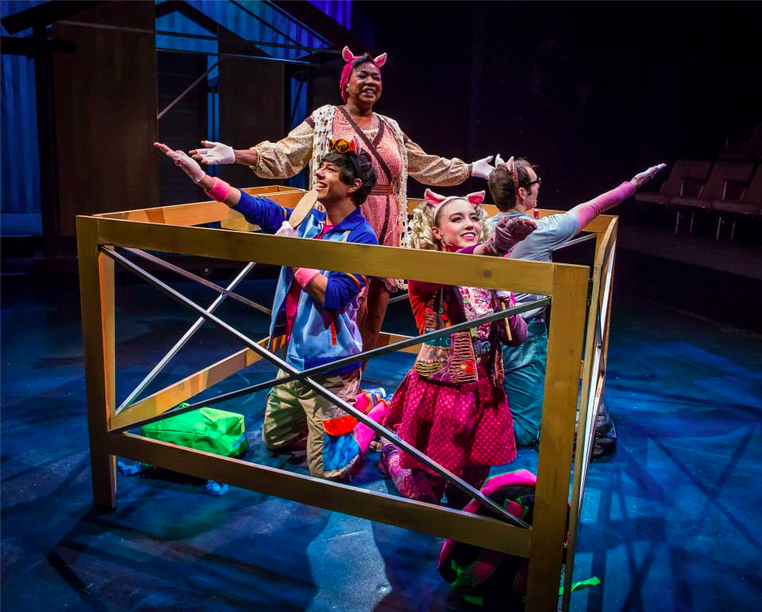 The play is geared towards younger audiences, but the show itself is smart and funny enough for the whole family to enjoy. This version of the tale covers all the major points of the classic version and keeps the story familiar, while infusing it with decidedly modern touches and enough humor to keep both the kids and the adults in the audience laughing. 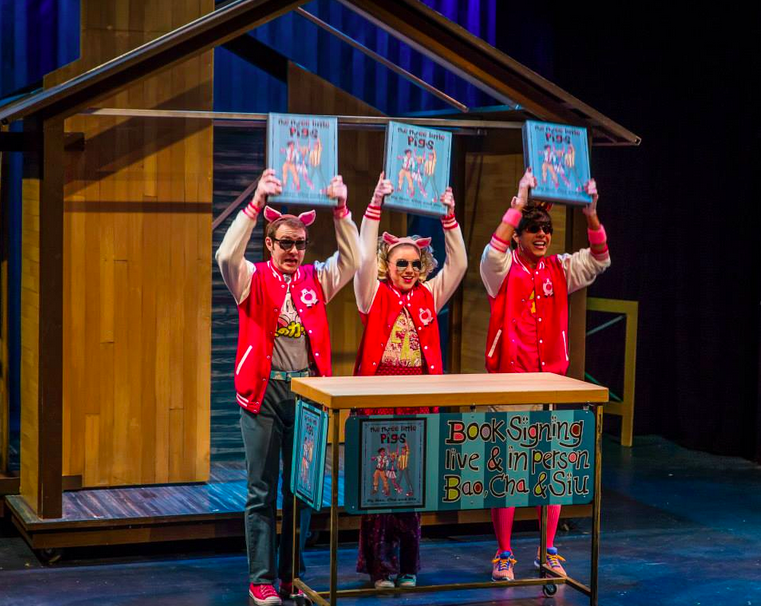 The show opens with the pigs, Cha (Gustavo Gomez), Siu (Amanda Serra) and Bao (Michael Marchese) arriving to a signing to promote their new book that tells their story of overcoming the wolf. Jacqui Cross does a fantastic job as the added character of Mama Pig, helping to tell the story of the pigs’ adventures and providing the impetus for them to leave home and build their famous straw, stick, and brick houses. Russel Taylor does an amazing job of hamming it up as a suave rockabilly-esque incarnation of the Big Bad Wolf who felt at times part Mojo Nixon and part Elvis. He may have been the bad guy, but the audience adored him. He interacted directly with the audience and helped to pull everyone into the show. When his side entrance into the crowd frightened a younger viewer, his quick thinking and improv skills turned the situation into another opportunity for laughs. 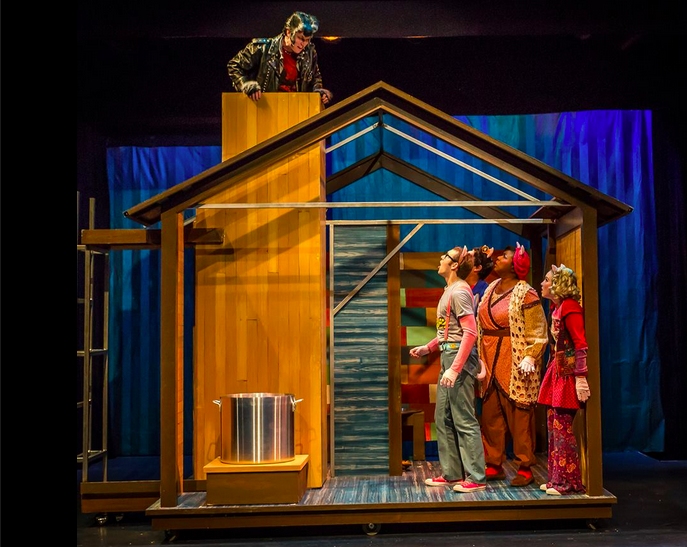 Directed by Abe Reybold, the ZACH Theatre’s production of The Three Little Pigs features catchy songs, modern touches, and just enough of the original language to help the story stay familiar, resulting in a show that is a must see for audience members of all ages. 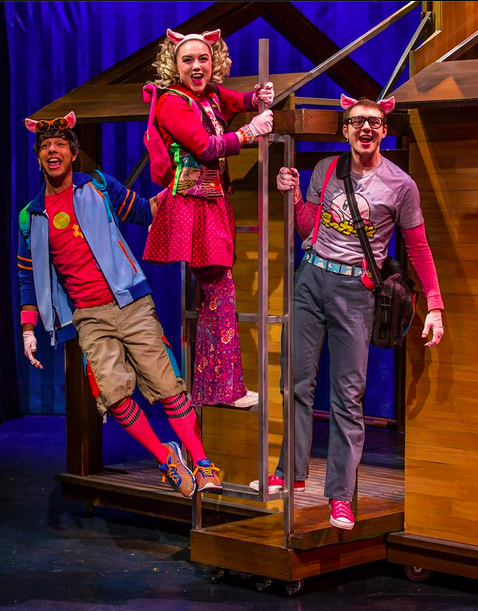 The Three Little Pigs will be playing through April 25, 2015 on the Kleberg Stage of ZACH Theatre. Tickets are $15 for children and $20 for adults, but Free Fun in Austin readers can get tickets (both youth and adult) for this weekend–March 7 and 8–for just $13! Simply call the ZACH Box Office at 512-476-0541 x1 and mention Free Fun in Austin to score your discounted tickets!

We also have a family 4-pack of tickets for The Three Little Pigs to give away!

For your chance to win four tickets to see The Three Little Pigs at ZACH Theatre, simply fill out the form below. The giveaway will close at 11:59 p.m. on Thursday, March 5, 2015. One winner will be selected at random and notified by email. Sweepstakes Official Rules.

Ava Love Hanna is a writer, performer, and mother of the world’s most awesome 7 year old. She loves exploring Austin’s best family-friendly places with her husband and son. Read more about her adventures in writing, parenting, and learning to transform autobots at 6 am at: http://avalovehanna.com or follow her on twitter: @RobotsControlMe