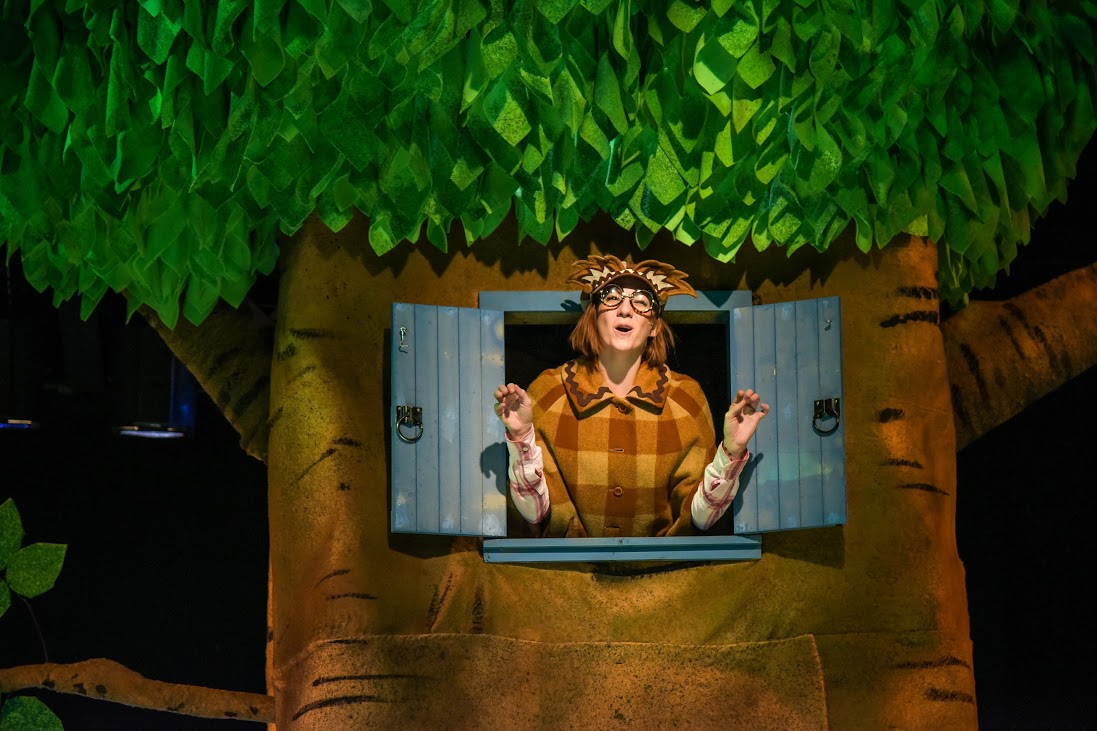 Review and Giveaway: Winnie the Pooh at ZACH Theatre 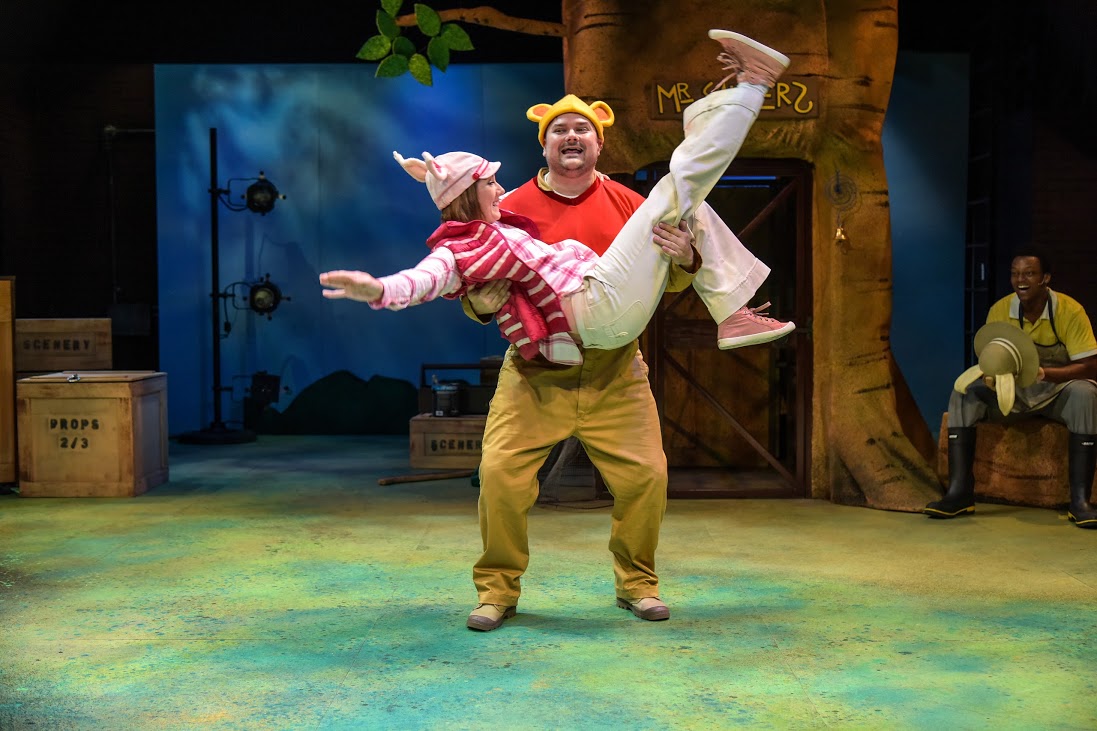 Winnie the Pooh at ZACH Theatre takes the audience on a fun behind the scenes look at how a show is made in their new musical adaptation of the classic children’s favorite.

The show opens with a variety of crew members entering the stage and planning a performance that is two weeks away. Soon they notice us in the audience and realize that they will be forced to put on a performance for us on the spot! The designer, prop master, stage hand, musician, and costumer find the book, Winnie the Pooh, on stage and start to decide how to put on a show for us. As the performance continues, each crew member plays several roles that fit their personalities. 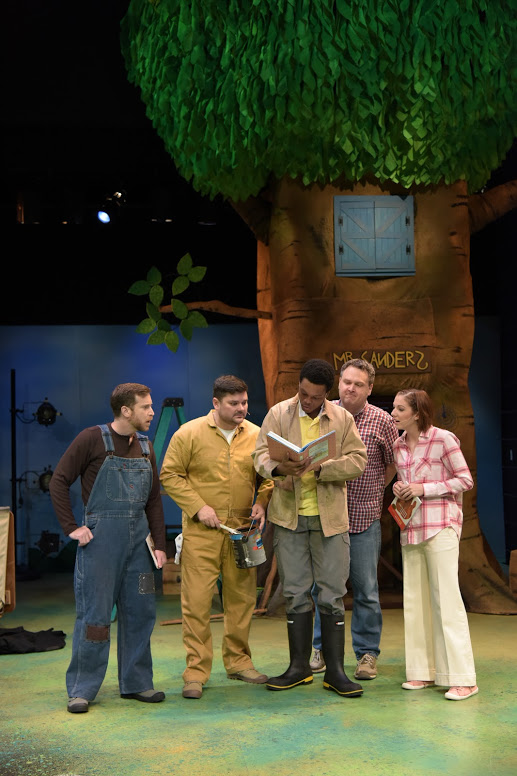 The cast does an excellent job of capturing the essence of each Winnie the Pooh character and imparting that into their original characters and then blending that personality seamlessly into their animal characters. Russel Taylor’s unenthusiastic Eeyore is a hilarious crowd favorite. The cast includes Will Cleaveland as Pooh, Sarah Burke as Piglet, Baby Roo, and Owl, J. Quinton Johnson as Christopher Robin and Rabbit, and Russel Taylor as Eeyore and Kanga. 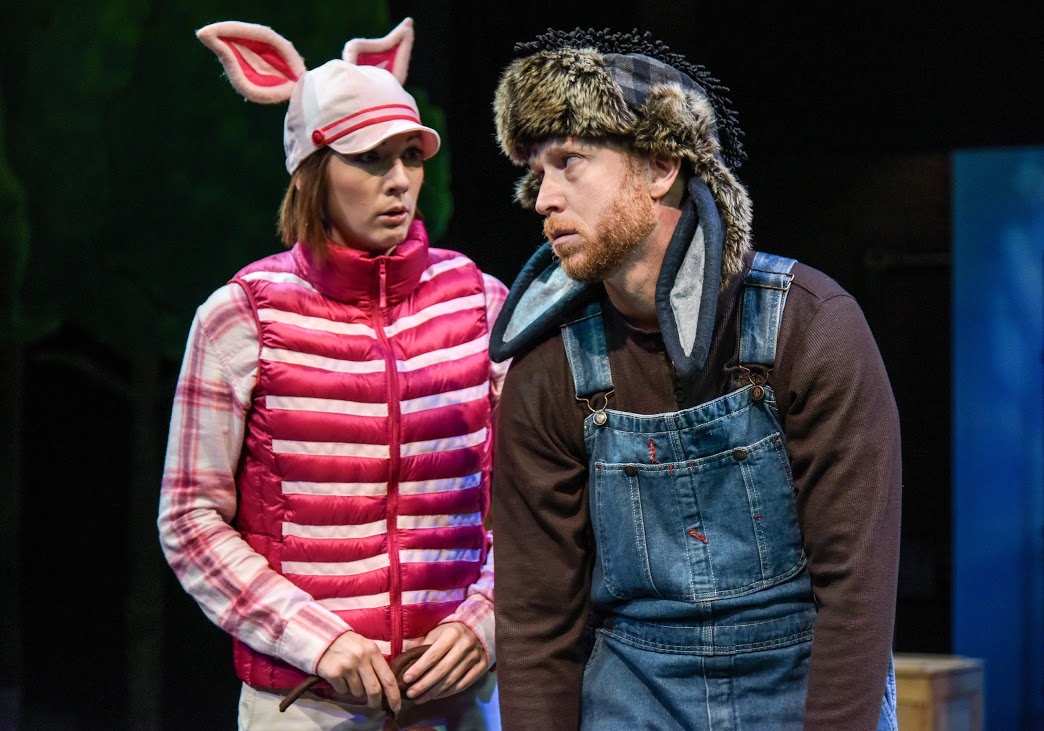 Directed by Nat Miller, ZACH Theatre’s musical adaptation of Winnie the Pooh is geared to a younger audience, but is fun for all ages. Small children and adults were laughing and singing along as Allen Robertson, playing the on-stage musician, coached the cast on how to sing and dance. 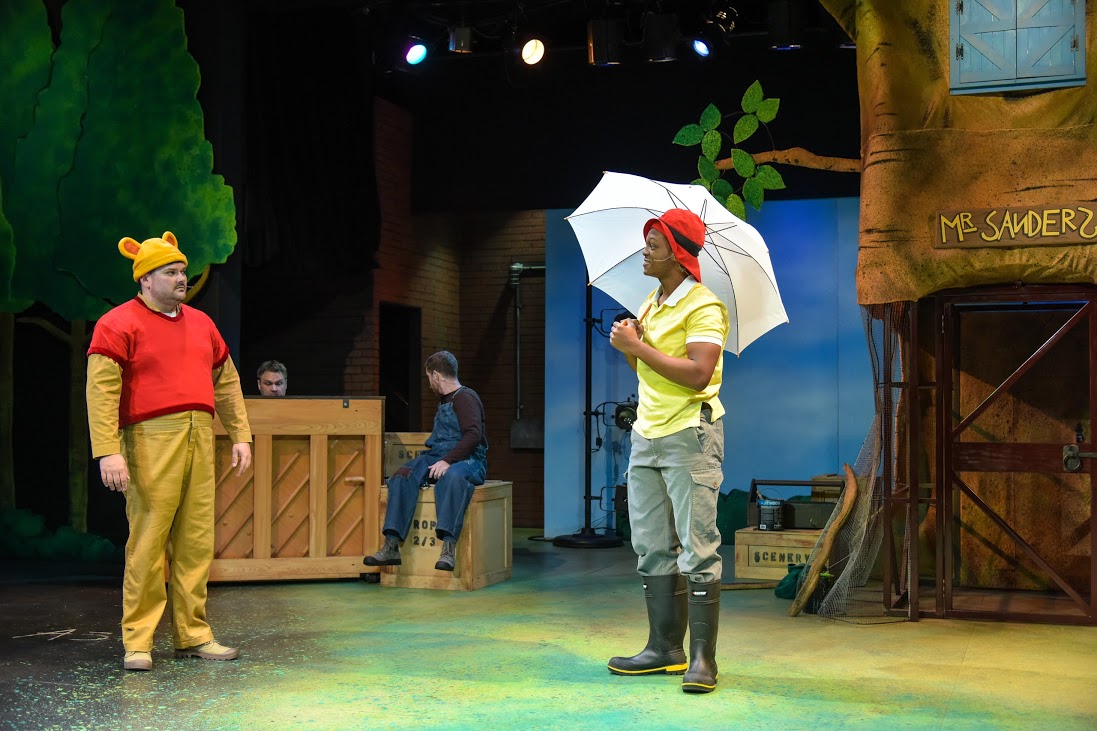 The unique presentation of the characters as actual theatre staff turned animal characters helps draw the audience into the show, keeps things lively and interactive, and makes the performance a fun day at the theatre for the whole family.

Use the code ZACHFUN when buying tickets for any 2015-16 Theatre for Families show, including Winnie the Pooh, and you will save $2 per ticket!

For your chance to win four tickets to see Winnie the Pooh, simply fill out the form below! One winner will be selected at random on Monday, November 9, 2015 and notified by email. Prize will not be mailed. Sweepstakes Official Rules.

If you cannot see the entry form, please visit the original post to enter.