“The great thing about building something new is that you can build something new.” That’s what Ben Leventhal said when he sat down with Austin.com to chat about Resy, the restaurant reservations platform he co-founded in 2014. With similar apps already on the market, Resy differentiated itself through better technology, quality customer service, and a curated dining experience for users.

Leventhal’s fascination, or obsession as he said, with restaurants began at a young age. As a boy he looked forward to his birthday not for the toys, but for a chance to visit three new restaurants of his choice. With each passing birthday, his selections matured; every year he grew fonder of the industry and his interest in the dynamics of a restaurant’s tangled web strengthened. Lucky for Leventhal, he was able to make that obsession into a career. 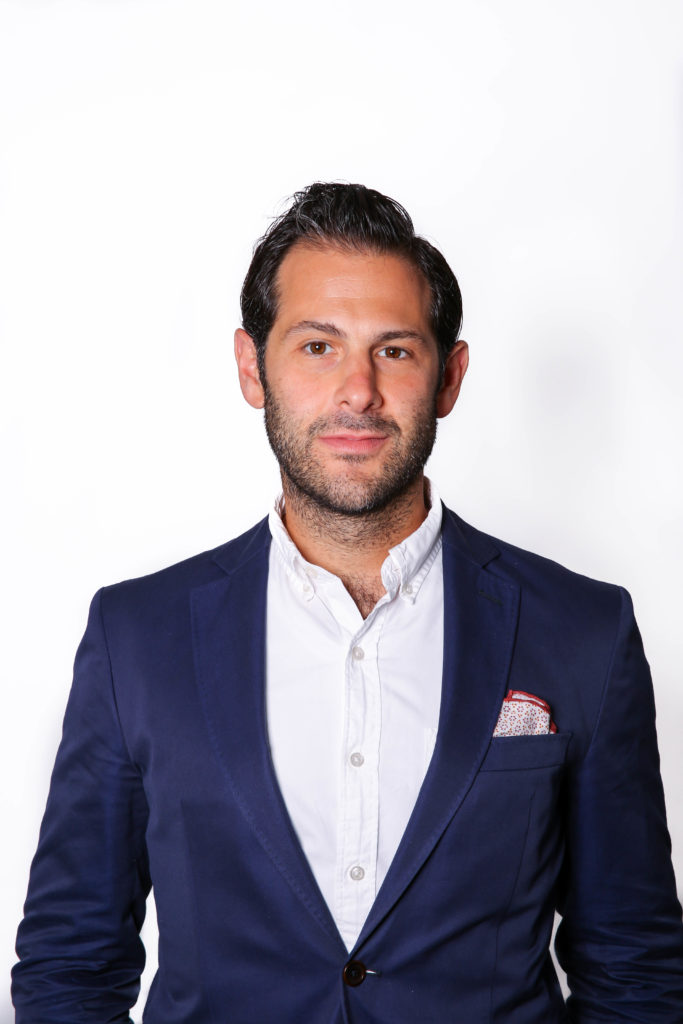 Ben Leventhal, the co-founder and CEO of Resy, has been obsessed with restaurants his entire life.

He launched Eater in 2005 as a hobby, where he wrote about restaurants, restaurateurs, and renowned chefs. During that time he listened and discussed ways in which restaurant apps were failing, acquiring insight into what would be Resy’s platform; these conversations shaped the app.

His evolution from spectator to participant is clear. At Eater, Leventhal simply wrote about the industry. With Resy, he was able to collaborate with them. 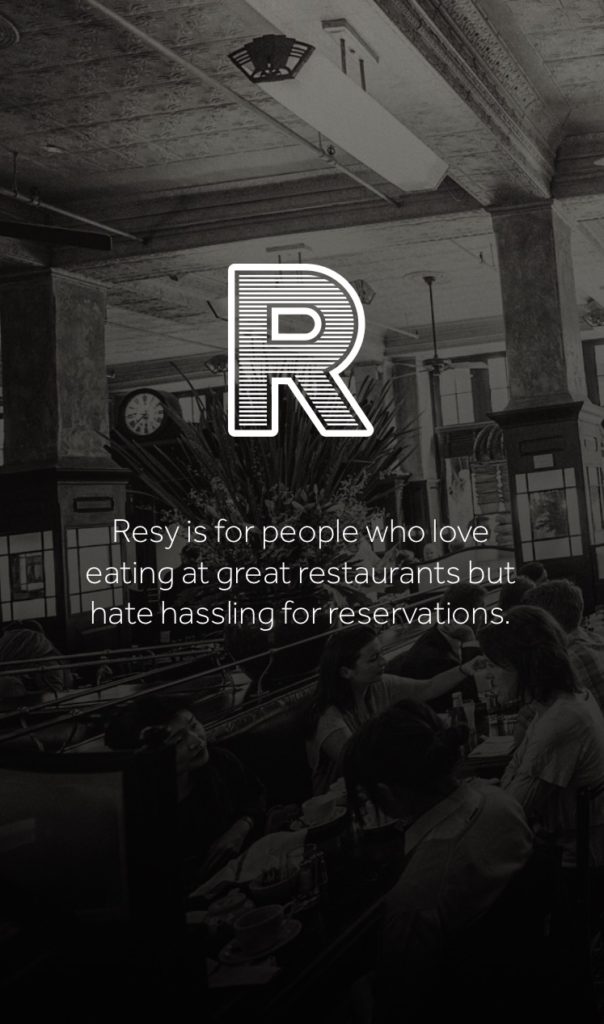 Resy’s message is clear from the moment you open the app.

When you open the Resy app, a simple message appears. It reads, “Resy is for people who love eating at great restaurants but hate hassling for reservations.” It may sound simple but Resy does just that. The app’s approachable user interface eases the communication and discovery between diner and restaurant, ultimately creating a curated dining experience.

Resy partners with different restaurants in the city — those are the options available when you open the app. Through these partnerships, diners can easily read restaurant descriptions, sift through available dining time slots, and make a selection. Some restaurants offer patrons the ability to select a specific seat, like indoors versus outdoors for example. Once the user selects the restaurant and time slot, a confirmation text is sent to their mobile device. 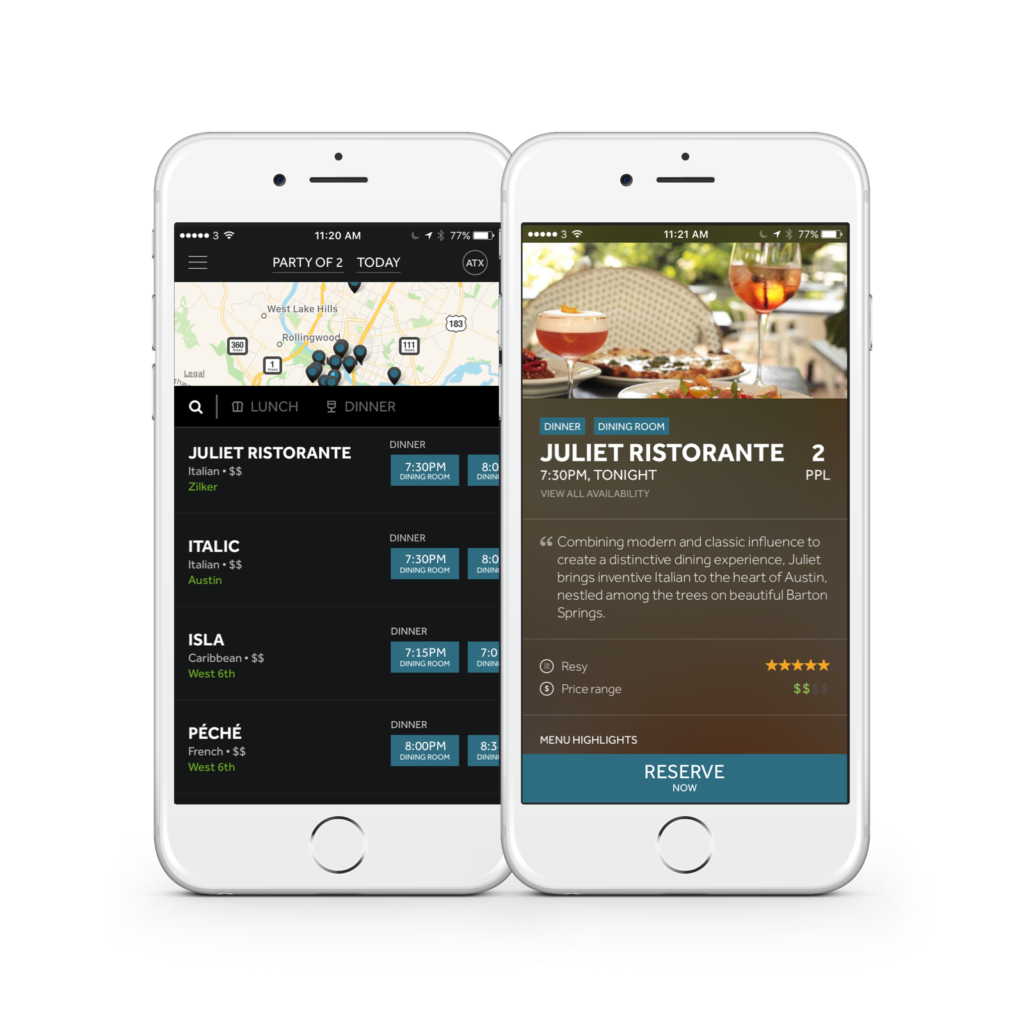 Resy’s user interface is visually appealing and easy to use.

Leventhal says he and his team like to think that there’s a magical element for the consumer when using the app. “[It’s sort of enchanting when] you’re sitting at your table and didn’t even realize you did any work to get there.”

Resy is still a new product. But according to Leventhal, that’s an advantage. Its flexible and nimble mindset give Resy the ability to listen to restaurateurs, to understand their frustrations with other apps, and to cooperate with them.

Leventhal and his partners pride themselves on collaborating with the restaurants they work with. They continually ask themselves, “What can we do—what can we build—that can help a restaurant improve?” That’s why Resy focuses on improving a restaurant’s yield management processes. In other words, making the most of every seat in the restaurant.

Today’s market is becoming increasingly more saturated and the costs for operating a restaurant continue to grow. Since neither the restaurants nor Resy can control these elements, the app focuses on factors it can control. By productizing things that ultimately hurt the restaurant, like no-shows and campers (diners who sit for hours after their meal is done), Resy is able to accurately predict and manage a dining experience for both the restaurant and the customer.

But how does Resy do it? Simple. Unlike other reservation platforms, Resy opens up the line of communication between the restaurant and its expected diner. The app uses easy to answer texts to either confirm or cancel a patron’s reservation. Restaurants around the world using Resy’s platform have a no-show rate of less than 5%.

Resy continues to set itself apart through its partner relationships. Leventhal says restaurant partners must take the spotlight, and he understands that Resy is simply “part of the machine that keeps [the restaurant] going.” At the end of the day, the most important relationship is still that of a restaurant and its customers. 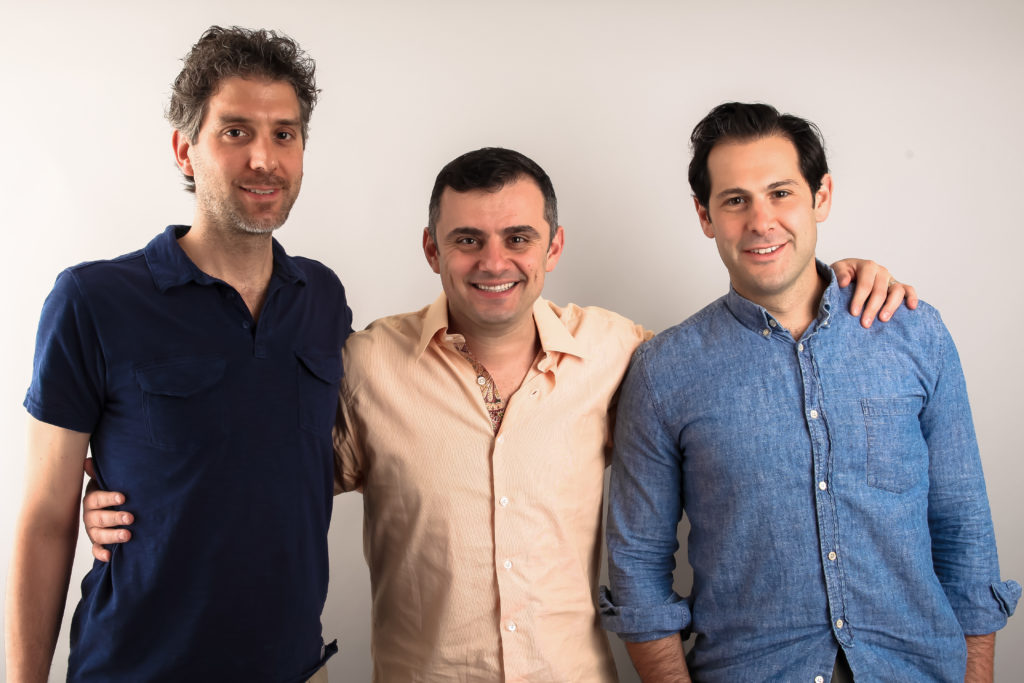 With new restaurants opening on every corner and acclaimed chefs arriving from major cities on a daily basis, it’s no surprise an app like Resy had eyes for the 512 area code. But contrary to common business strategies, Resy didn’t come to Austin solo. Instead, it came by popular demand.

“When we have restaurants and restaurateurs approaching us—letting us know they’re interested—that’s a great sign we should be in that market,” Leventhal said. And that’s exactly what happened.

We came, we celebrated, and now we officially launched #ResyATX. Thank you @OddDuckAustin for celebrating with us ?. Austinites, and those visiting Austin soon, it's time to open up the app and grab a seat. ? PC: @beesrcc. #Austin #Texas

It was early adopters like Odd Duck, Jacoby’s Restaurant & Mercantile, and Olamaie that ignited Resy’s launch in Austin. And according to Leventhal, the response has been positive. With Resy, restaurants are working closely with a product team and getting quality customer service as well, both of which restaurants appreciate.

Diners on the other hand, attribute the app’s personal touches—like the fun fact users receive via text when their reservation is confirmed—to their satisfaction and overall approval.

Brunch risotto exists and it's UNREAL ??? Pancetta, peas, parm, and poached eggs with perfectly cooked risotto rice. Thanks to @resy's hospitality, I'm going to be nursing my food hangover from our FIVE brunch stops well into tomorrow. Worth it. #ResyBCrawl #ATXEats

Next Steps for Resy

Last month, Resy successfully seated more than 1 million diners around the world. It was a major milestone, but Leventhal projects that number growing to more than 5 million by May or June of 2017.

For the past year, the app has grown 20-30% month to month, and it doesn’t plan on stopping anytime soon. Resy is constantly looking for opportunities to grow its narrative, to create the ideal dining experience, and to provide support to its partner restaurants.

We are excited to announce a partnership with @Airbnb, soon making it possible for people to book tables at great local restaurants directly through the Airbnb app. #AirbnbOpen

In a city like Austin, Resy’s success is inevitable. And for Leventhal, it’s another city that’s been unlocked.

All photos courtesy of Resy unless otherwise noted.