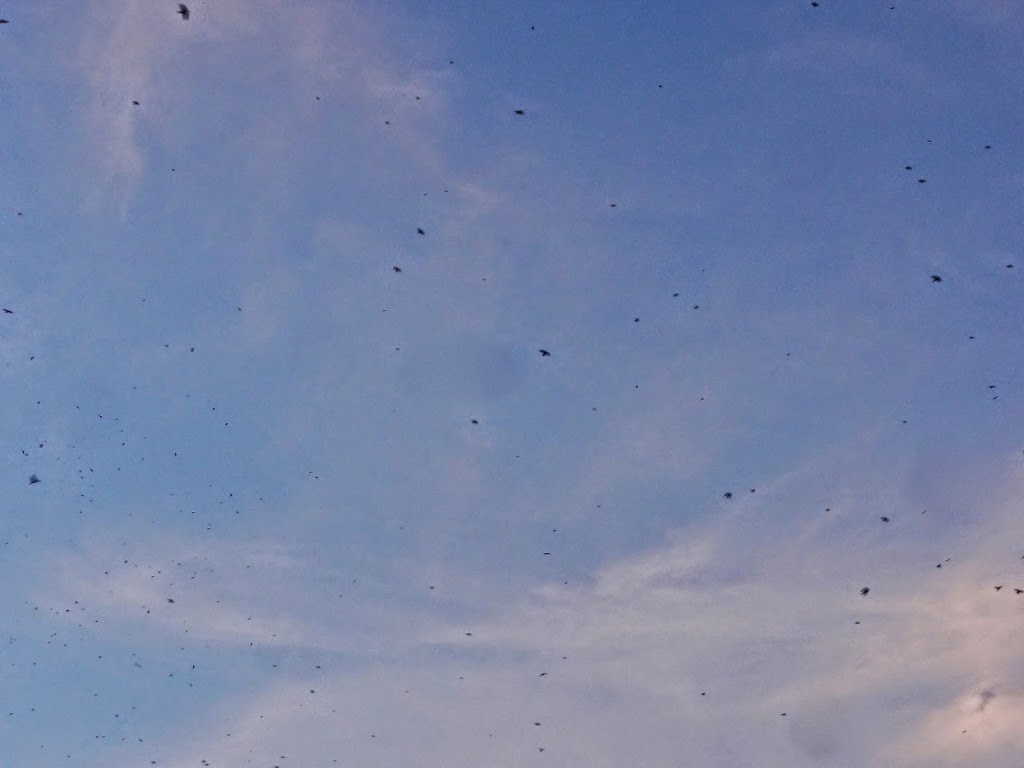 Everyone’s familiar with the Congress Avenue bats, but have you heard of the Highland Mall Purple Martins? No? Well, until spotting a blurb about them on my Facebook feed Friday afternoon, I hadn’t either. Come to find out, Purple Martins have been using the oak trees around Highland Mall as their pre-migration roost site for decades. The birds come to North America to nest and breed, then they hang around until their young are big enough to make the long flight back to South America. During this period, they spend their days feeding on flying insects all day before gathering–in dramatic fashion–in the oaks near the mall for the night. My family and I headed down there after dinner Saturday evening to watch the show. 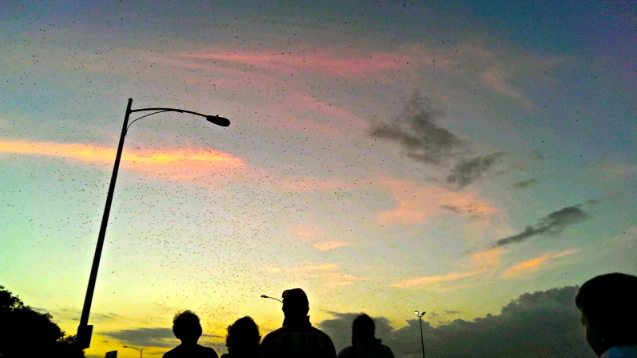 We arrived around 8:15 and were surprised by the size of the crowd already gathered. We parked across Highland Boulevard from the Jack in the Box where the Martins are currently roosting, set up our lawn chairs, and joined the festive bird-watching fun. For the first thirty minutes or so, my boys were decidedly underwhelmed. There were some birds around by then but not many and they were still very high in the sky. Fortunately, our parking spot provided great views of the new ACC construction site, the MetroRail tracks, a bus stop, and the airport’s flight landing path–all great distractions for my antsy kiddos. 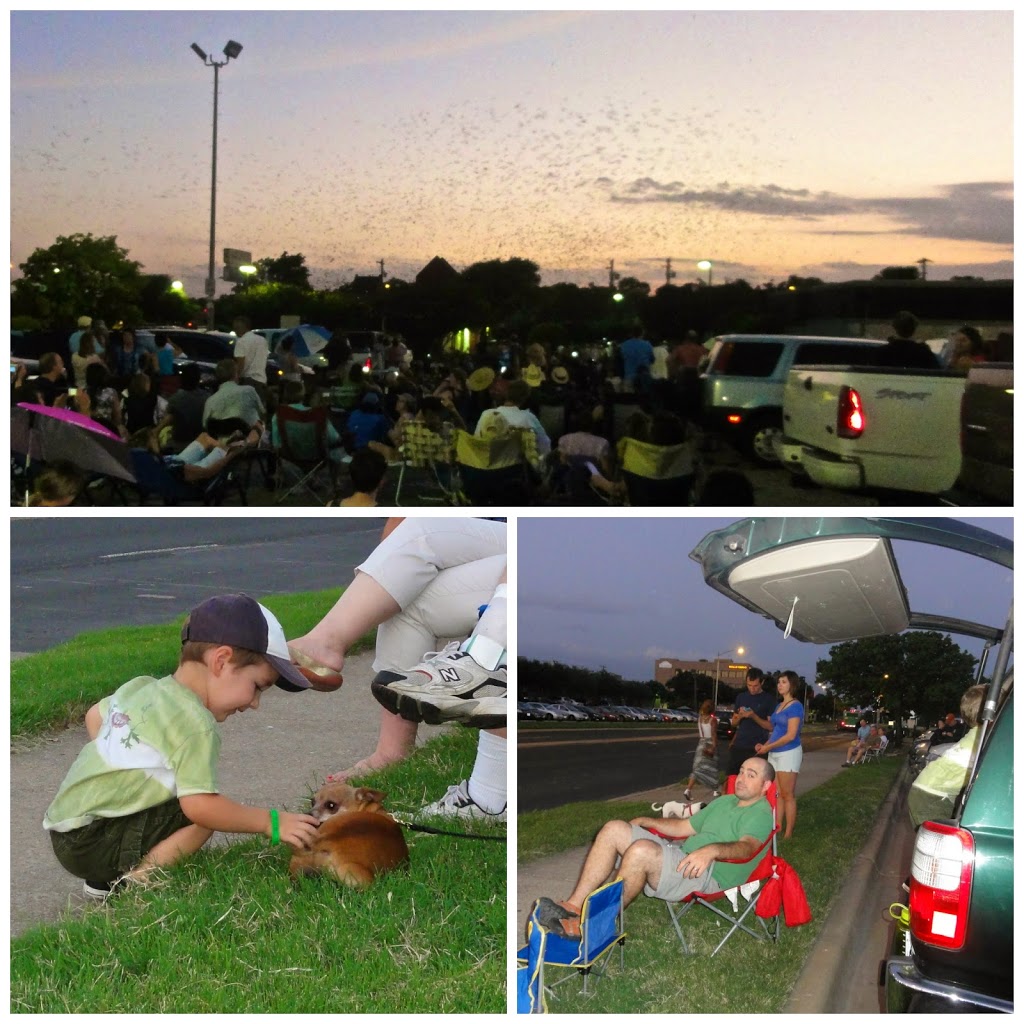 There was a really festive tail-gating sort of atmosphere, especially once we crossed over to the packed parking lot directly behind Jack in the Box. Many folks had spread out picnic dinners, there were lots of friendly dogs around, and the temperature was surprisingly mild after a blazing hot day. Around 8:40, the bird action really picked up. The number of birds seemed to grow exponentially by the minute as they dropped lower in the sky and began their fancy flying. At times, the birds’ flight looked like a choreographed routine. How do hundreds of thousands of birds coordinate their movements so gracefully? The visual spectacle was phenomenal but the sound was amazing too–sort of an electrical hum produced by the energy of so many flapping wings. 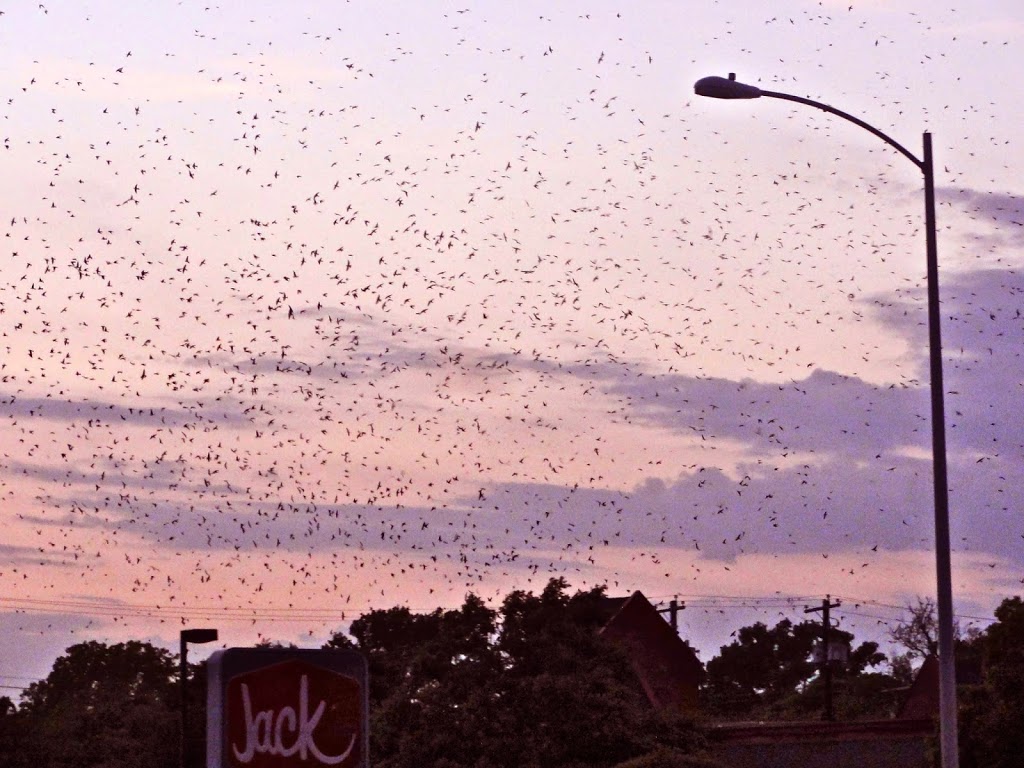 The intensity of the birds’ acrobatics kept building until about 9:00 when, within the span of just a few minutes, all of the birds landed in the trees. At that point, we could see the branches pulsing as the birds got settled in for the night. My seven year-old described their chirping and rustling like the sound of a giant rain stick. He followed that up by saying, “This was way cooler than I expected that it would be!” My three year-old added, “The birds were like a birthday cake.” I am unsure how the two things are related but I do know that the boy loves birthday cake, so I’d consider that a glowing review. 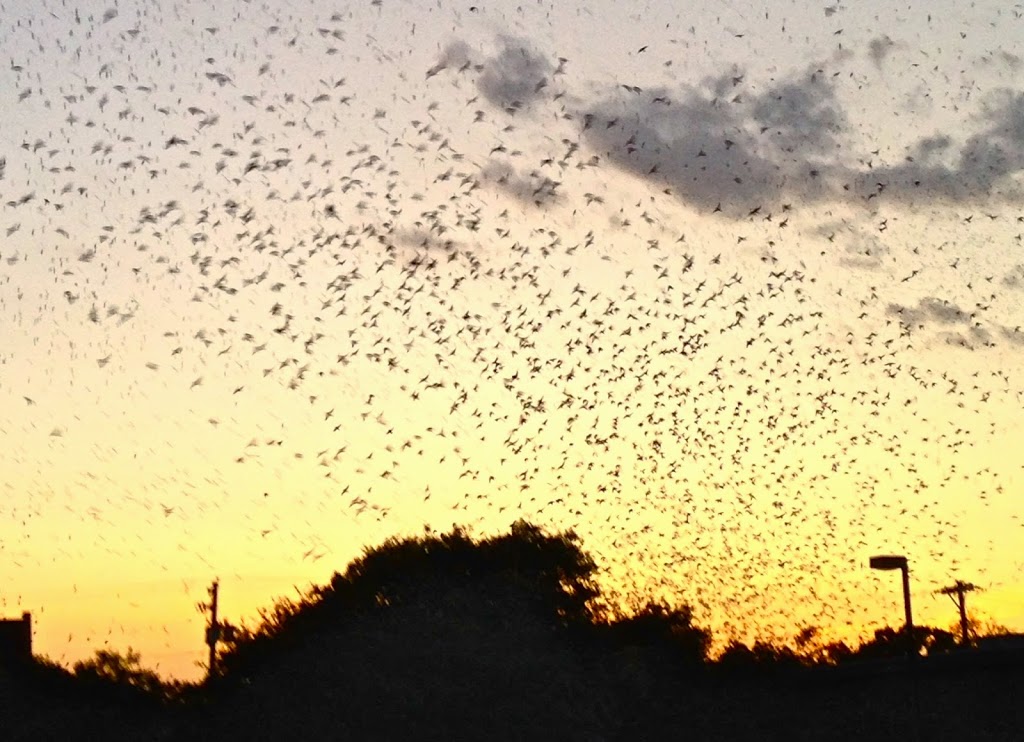 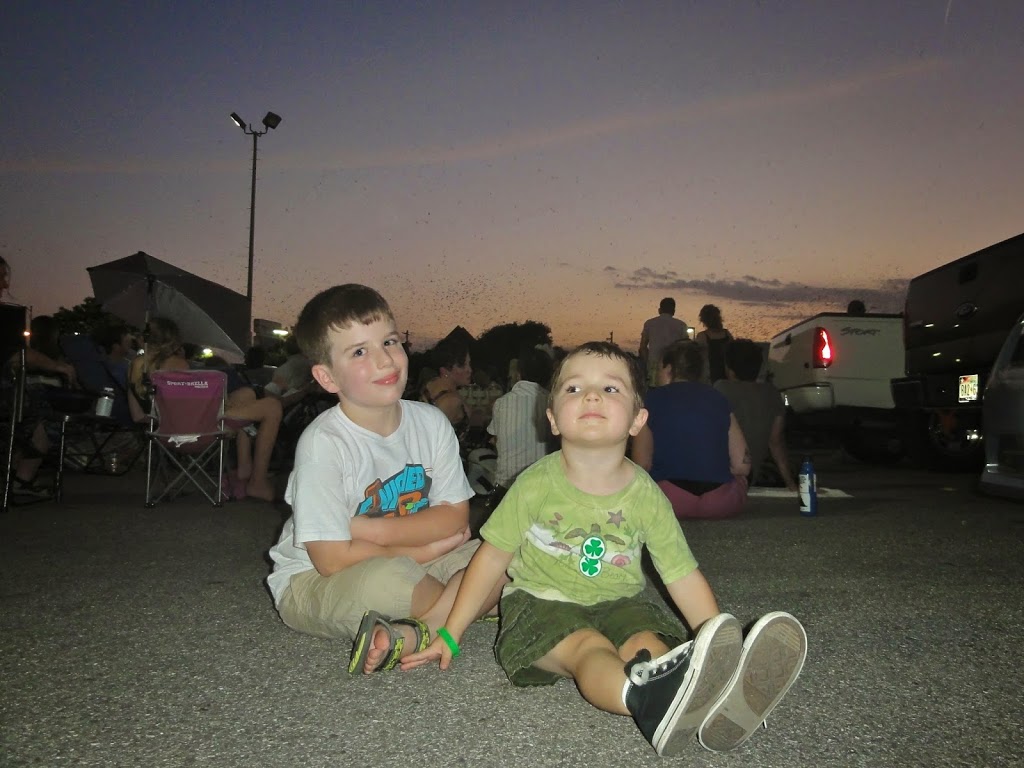 According to the Travis Audubon Society, the number of Purple Martins at Highland Mall builds until late July, then drops gradually until they’re all gone in mid to late August. The birds are currently roosting in front of the Jack in the Box at 6419 Airport Blvd (corner of Airport Blvd and Highland Mall Blvd). Get there soon for the best show.
Tags:
Post Comment