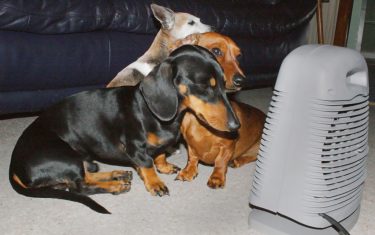 Austin Comes to the Rescue of Austin Pets Alive! — Here’s How You Can Help Other Charities

Monday morning saw temperatures dip to a toasty 25 degrees, with an expected high for the day around 43. Thanks, Obama. This year’s arctic blast has no doubt already wreaked havoc on Austin’s human population (including its homeless population which is typically woefully under-prepared for this type of weather).

In addition to the humans, it’s also taking a toll on another group of creatures, the dogs at Austin Pets Alive! According to an APA! blog post, one of the shelter’s central heaters went out during the cold front, leaving many of the pups out in the cold. But never fear, Austin was here — with some quick action not only were all of the dogs in the affected area moved to warmer parts of the shelter or put in foster homes, the problem was met with a permanent solution and not just a band-aid.

In less than 24 hours Radiant Plumbing and Air Conditioning offered to replace the heater at a generous discount, and with the funds donated by the community within that period they were able to meet that funding goal. They hope to have the unit replaced this week, reports an update to the original blog post, along with a big thanks and shout out to how amazing the community is.

So, Austin, we call upon you to continue this spirit of giving to help out other local nonprofits. Have a favorite charity that we should add? Let us know in the comments!