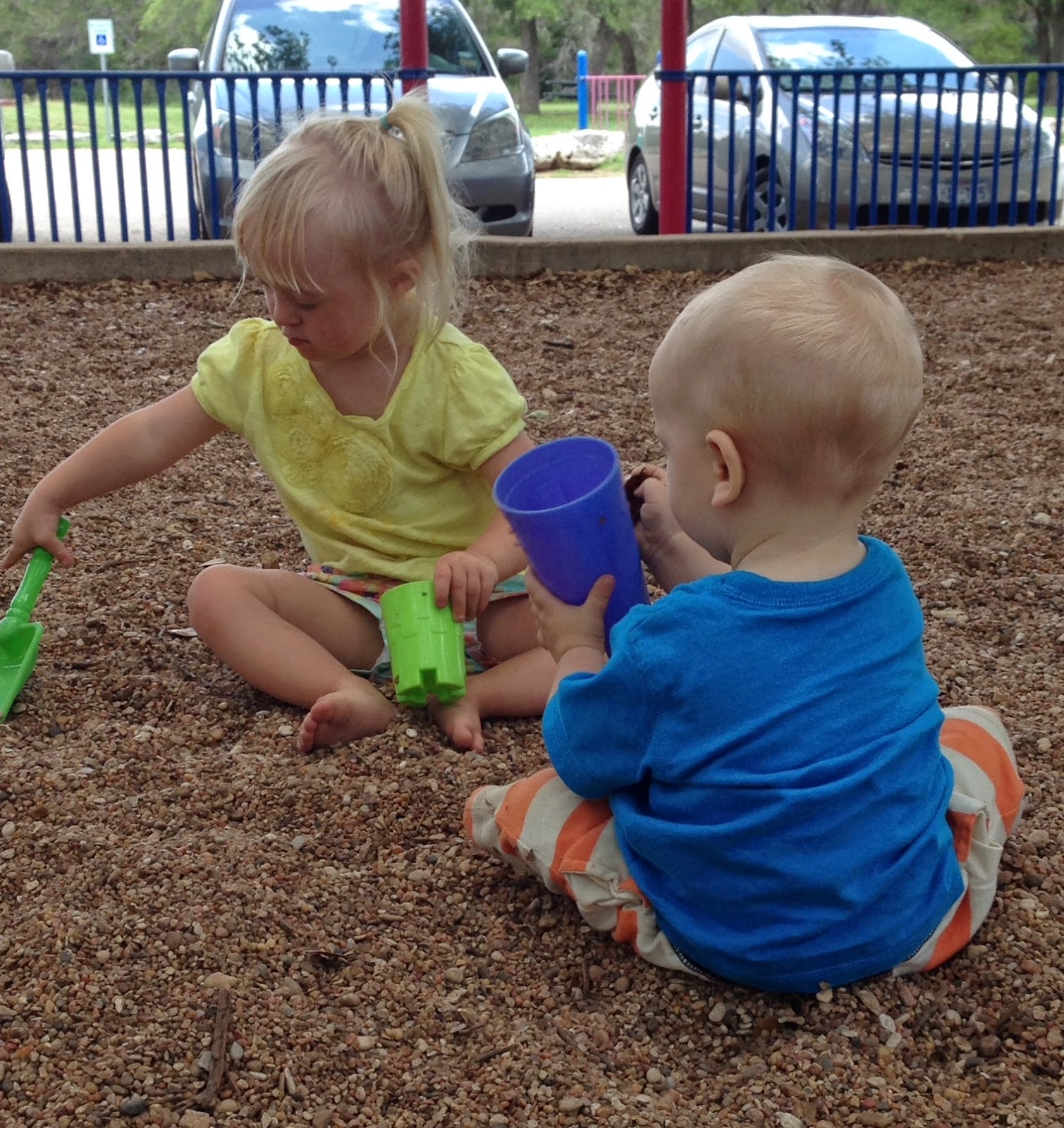 Six reasons why I love the playground and trails at Circle C Ranch Metropolitan Park (followed by four caveats):

1. As crowded as the playground gets — and it does get crowded, since both Circle C residents and families from other neighborhoods all love this park — there are plenty of times during the week when there is no one around. My kids and I have gone many times when we’ve had the whole place to ourselves. We’ve gone on weekday mornings and late afternoons, weekends at various times of day, and holidays (like Christmas day), and you never know whether you’ll encounter a million families, a huge group of kids on a field trip, just a couple other kids playing around, or no one at all. (If you want to go during a less populated time, weekdays during the mid-morning are a good bet.) 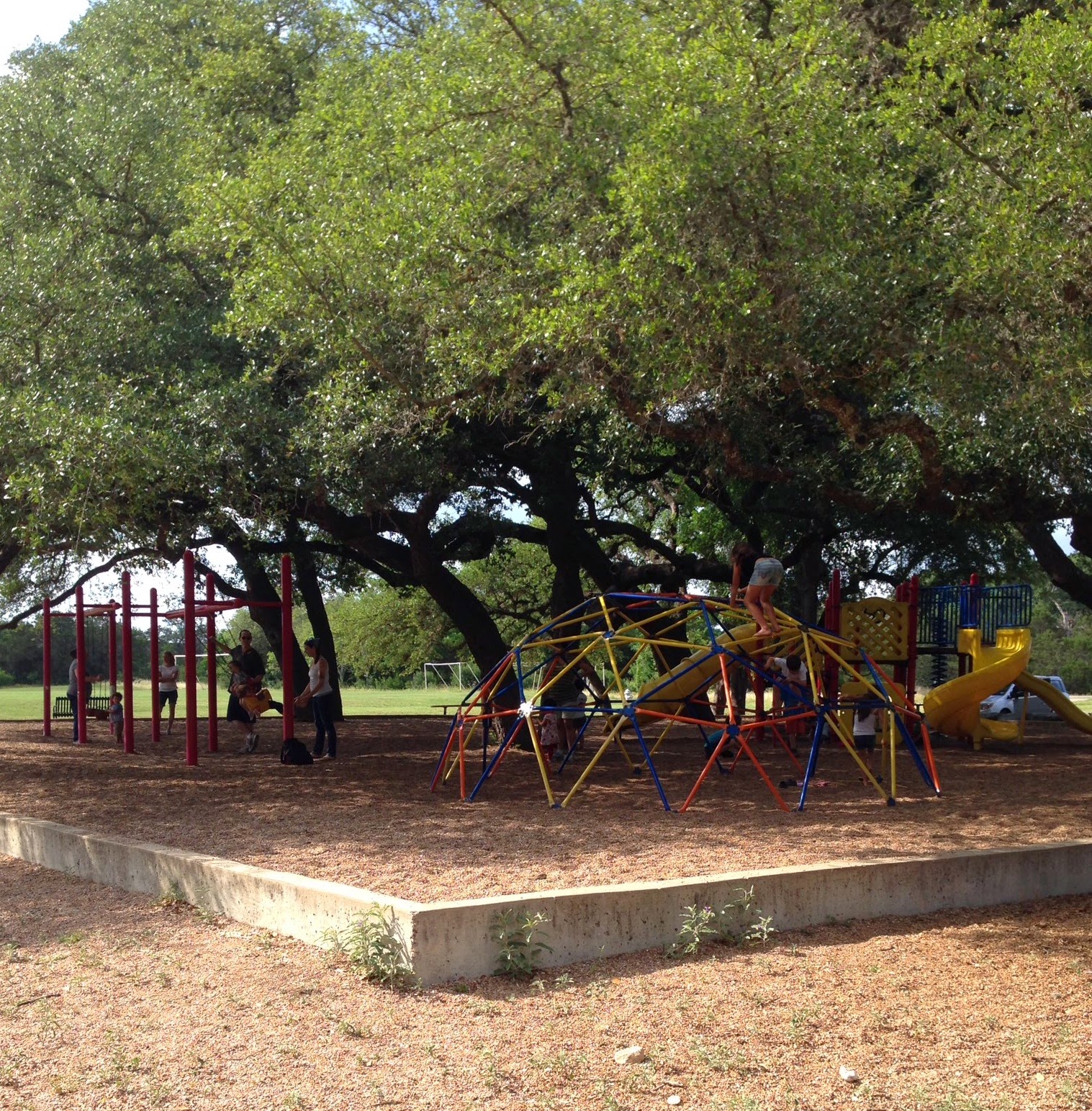 2. No matter how hot it is outside, the playground is always shady, breezy, and downright pleasant. The oak trees that grow right in the playground area cover nearly the entire space. The swings are never too hot for the kids to sit on; the slides are always cool enough on their tummies as they slide down. And the mamas and papas stay cool in the breeze, too.

3. There are two playscapes in the playground area — one that’s larger and more complicated, with bigger, twistier slides and other cool features, that is clearly for the bigger, older, more confident kids; and one that is smaller and simpler, with slides ranging from short and straight to short and slightly curvy. The latter is the playscape my very young kids always gravitate toward, and they’re both (even 11-month-old Zeph) able to navigate it safely without my having to hover too closely.

4. From what I’ve seen, the other children and families at the playground are pretty friendly. Everyone seems smiley and cooperative. The kids run and play energetically, of course, but the bigger ones always seem to be careful around my little ones, which I appreciate. No one ever seems to mind when my kids pick up their discarded toys to play with them for a few minutes. Once we even got treated to an impromptu serenade of “Let it Go” (the Frozen theme song that every girl in the entire country adores), sung by three little girls on the playscape who didn’t even know each other; one just spontaneously burst into song and the other two came running when they heard the lyrics and saw her outstretched arms a la Elsa in the movie. The three clambered together all over the playscape, going down the slides and climbing the stairs, all while singing the. entire. song. Pearl gave them a standing ovation at the end.

5. Enough about the playground — the rest of the park is incredible. As soon as you’re off the street and down in the park, the sounds of traffic are muffled, you’re surrounded by trees and trails and wildlife, and it just feels as if you’ve suddenly stepped into countryside. The whole place comprises over 575 acres of beautiful woods, trails, sports fields and a rugged disc golf course, with Slaughter Creek threading through all of it. I walk there frequently and still discover new trails sometimes. When I walk the dogs there early in the morning, we might encounter just one or two other folks and their own dogs along our path. The dew on the grass and the sun rising behind the trees make it feel like heaven.

6. I love walking through the park and happening upon a little, tucked-away baseball diamond here, or a soccer field there, or an unexpected Frisbee golf fairway, or just an interestingly-shaped tree. There is also a fenced-off ravine that is fun to speculate about how deep it might be and what might be down in there. It just feels like there are treasures around every bend.

And here are those caveats I promised… 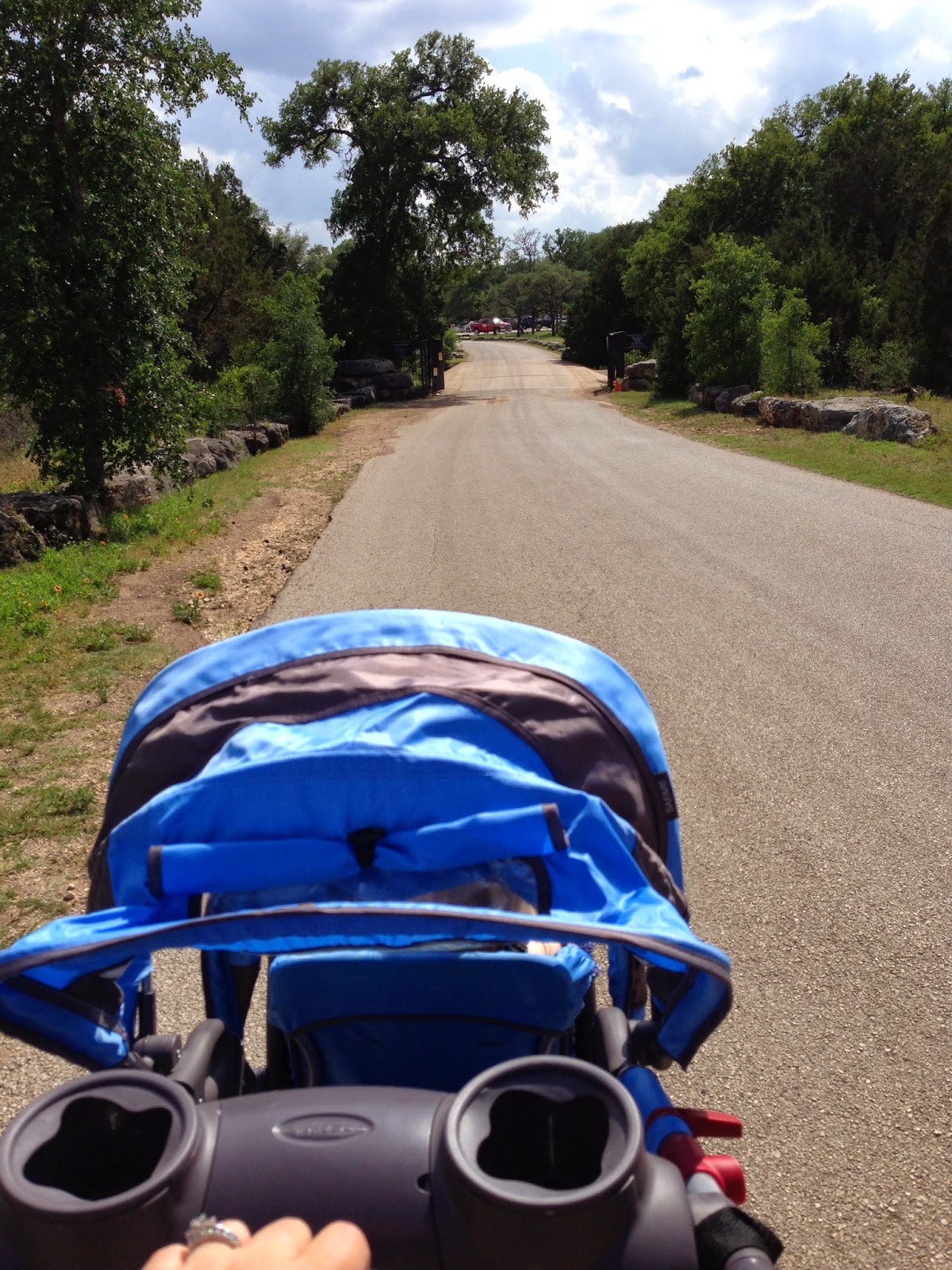 1. The kids and I walk to this park from our house, and it’s a great walk…right up until you get to the entrance to the park. Then, suddenly, the sidewalks disappear. The road that leads into the park from the south side of Slaughter Lane (just west of Escarpment) has no sidewalks and no shoulder. I always feel pretty vulnerable as I push the stroller past big trucks and minivans entering and exiting the park. I wish they would build sidewalks to make it safer for pedestrians!

2. Supposedly, there are restrooms somewhere in this park, but I have no idea where! It would be helpful to have a park directory posted prominently somewhere near the playground. Better yet, restrooms right next to the playground would be great! (As I write this, I’m thinking maybe there actually are some right there… But I’ve really never noticed them! Where are they?! Argh…)

3. The trails crisscrossing the park are made of crushed granite and rocks, and they get very washed out after heavy rains. And then it seems like they stay that way for a long, long time. I guess that’s a minor criticism; it’s just that sometimes the trails have been serviced and it’s pretty easy to push a stroller along them, but other times you’re fighting ruts, rocks, rubble and trenches the entire way. You never quite know what you’re going to encounter until you’re down there, pushing your way through it. And it all depends on what the weather has brought to the area in the past month or two. 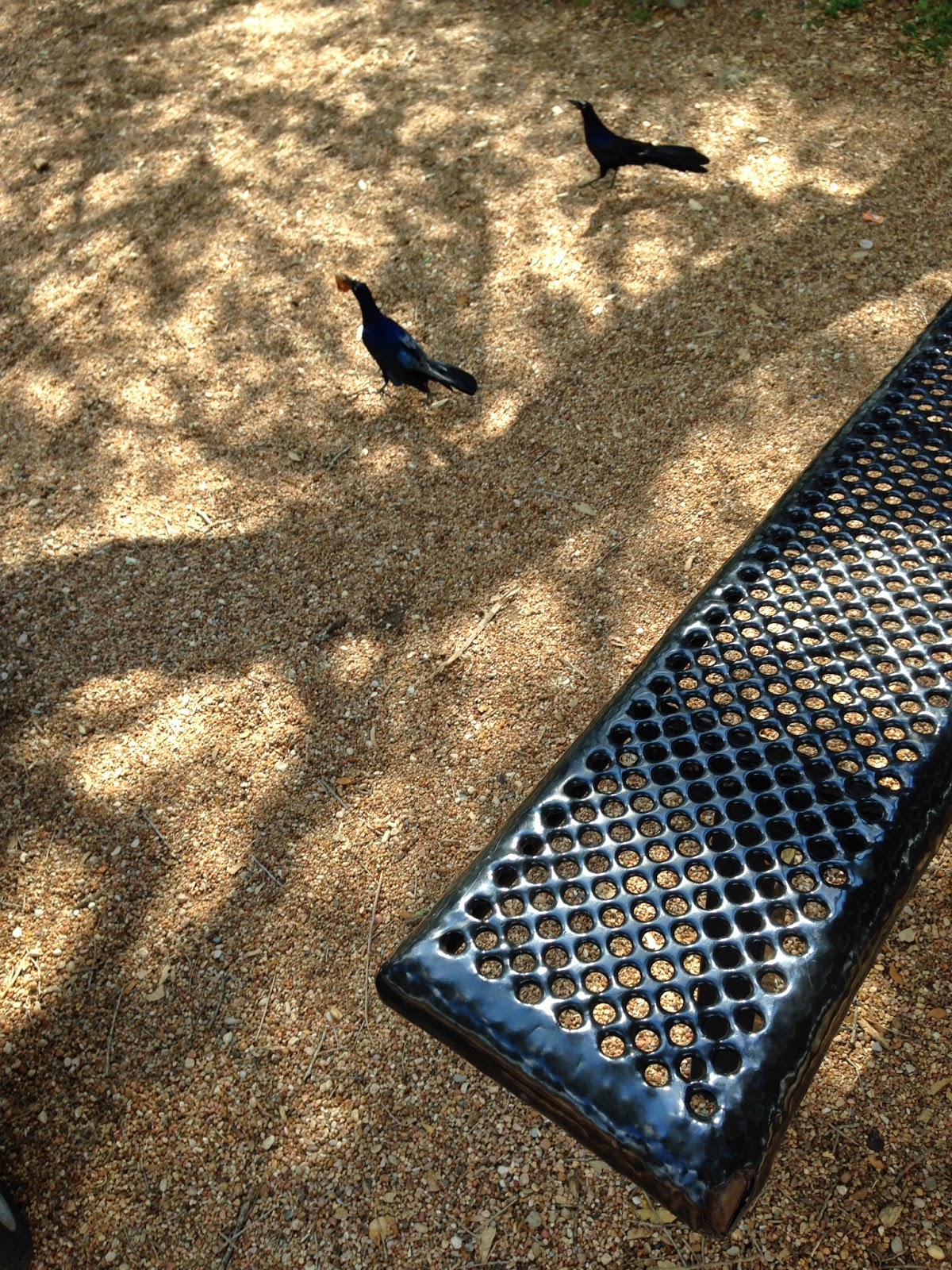 4. Um, can you say “aggressive birds”?! The grackles at the playground are clearly used to getting some choice snacks from folks who bring food along. They seem utterly unafraid of humans, and have been downright aggressive when I’ve brought snacks for my kids. My children are still young enough that they eat slowly and don’t really protect their food between bites, and those birds have darted and swooped in, snatching pretzels and tortilla chips right out of Pearl and Zephyr’s hands! (The kids thought it was funny, but I sure didn’t.)

Circle C Metropolitan Park is located at 6301 West Slaughter Lane, Austin, 78739. The park’s hours are from dawn till dusk. You should go check it out. 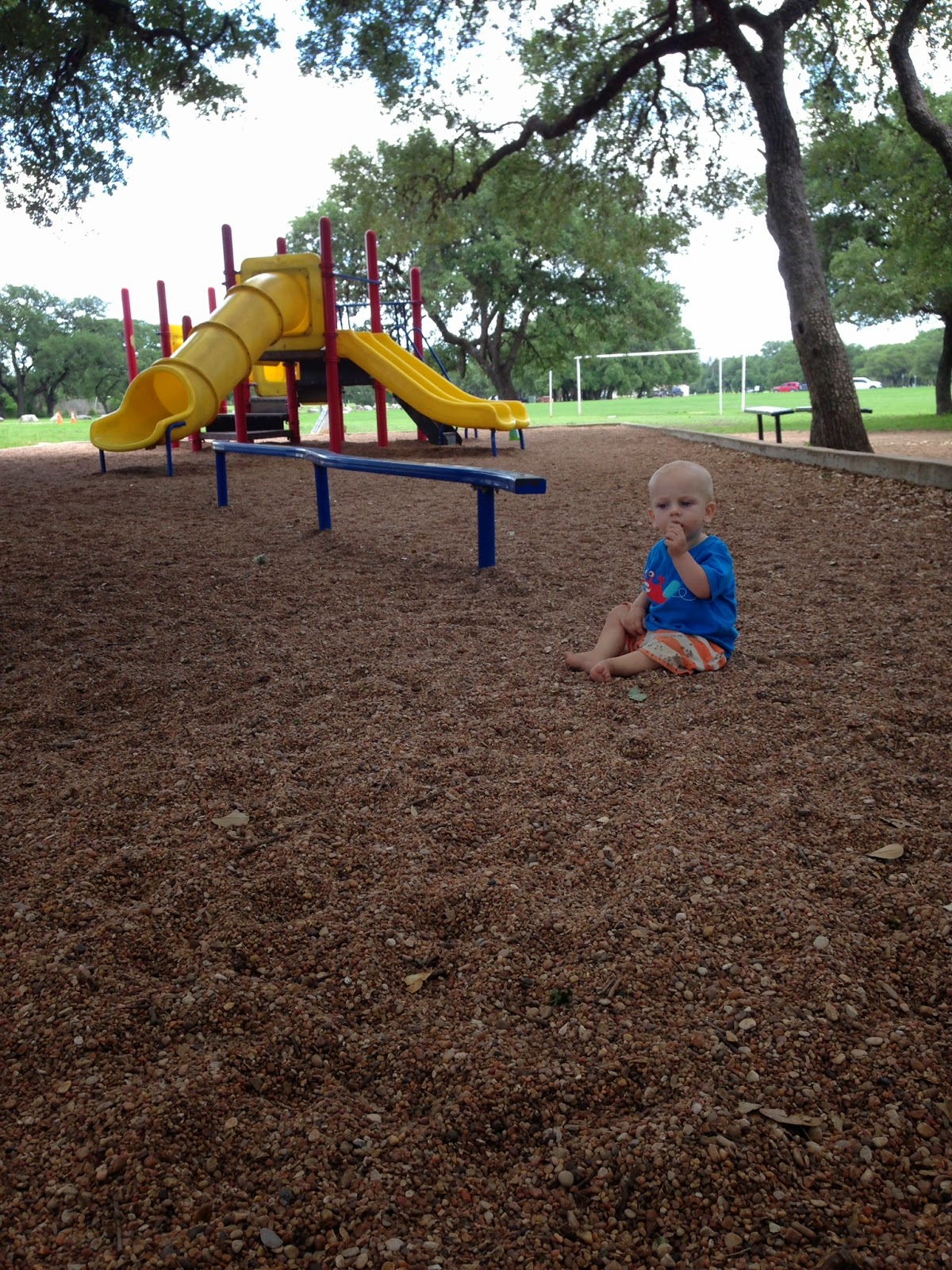 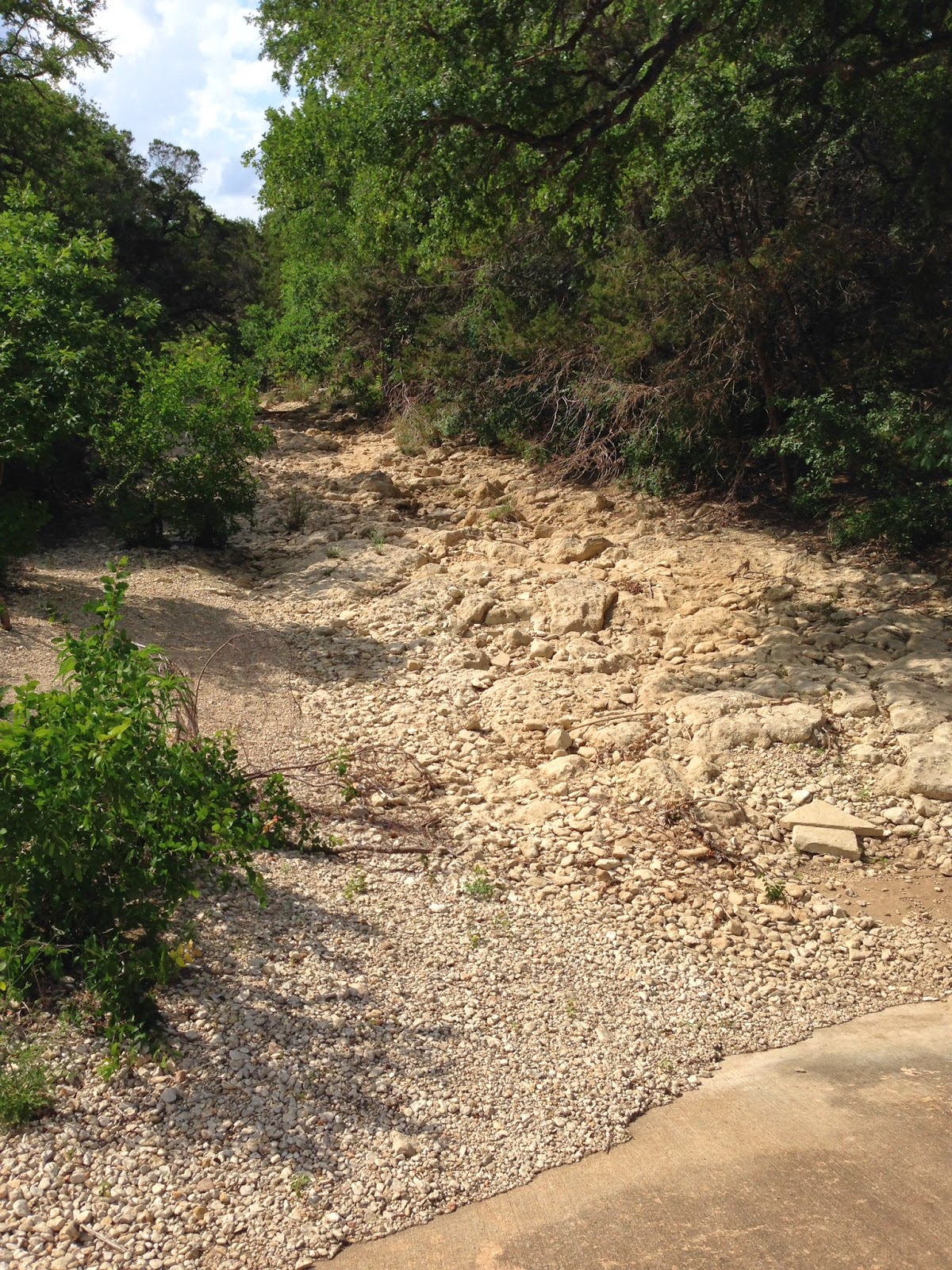 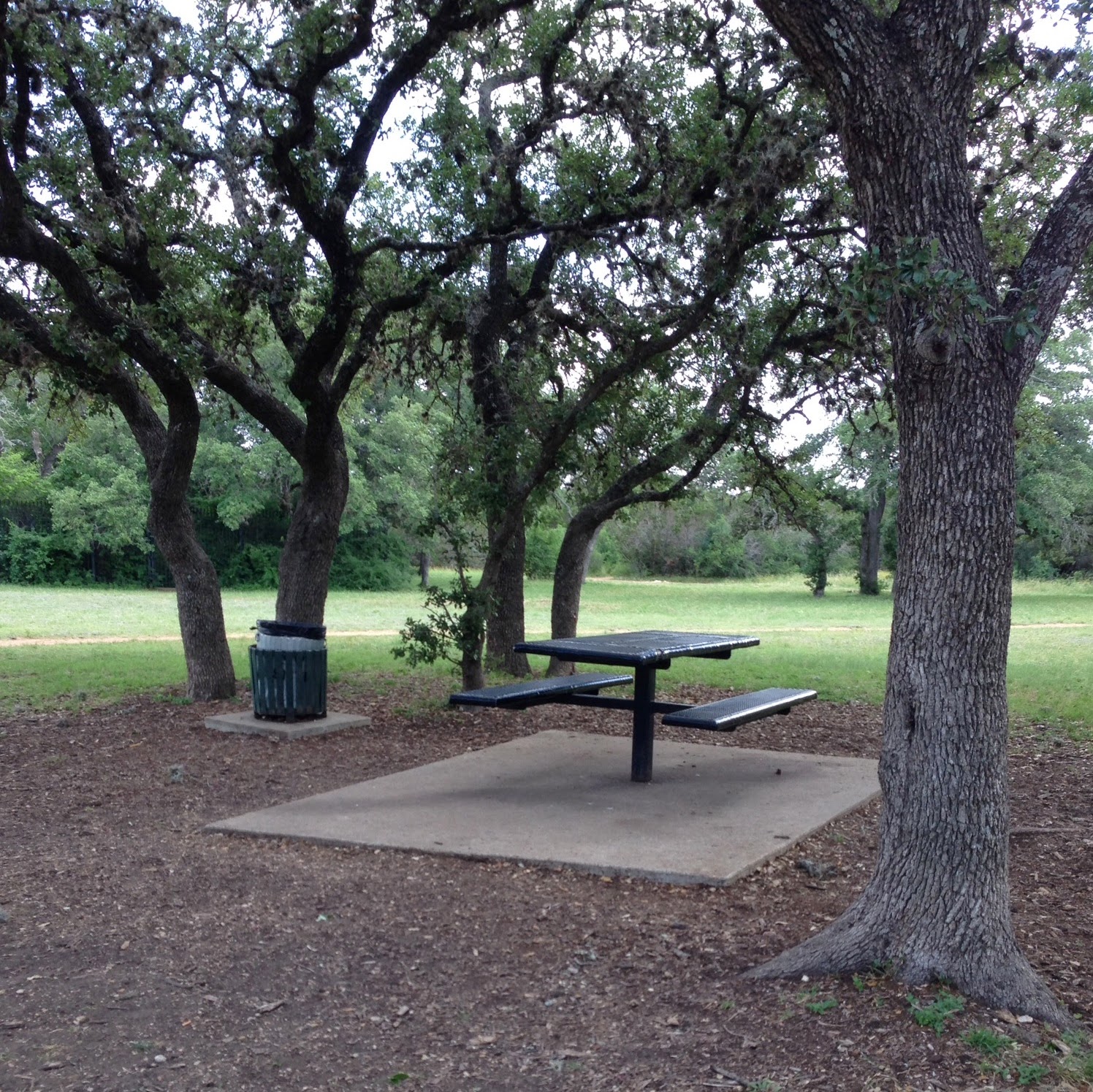 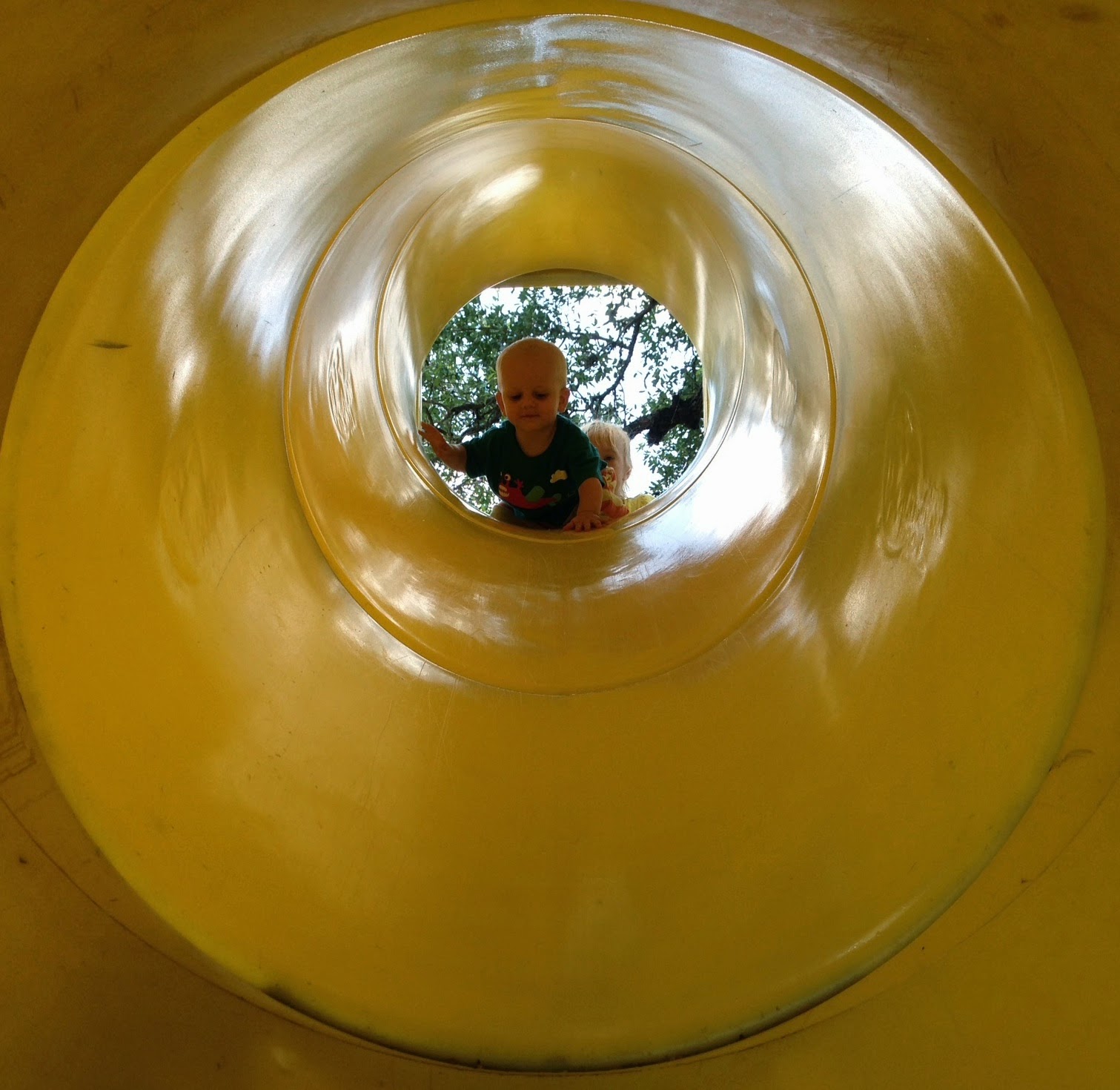