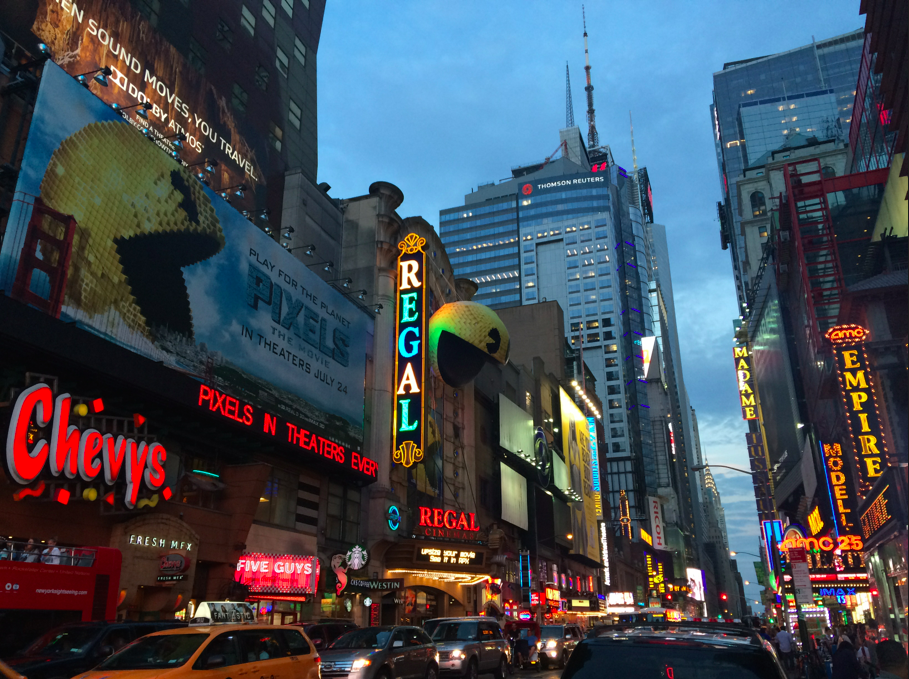 <i> Pixels </i> Opens in Theaters Today 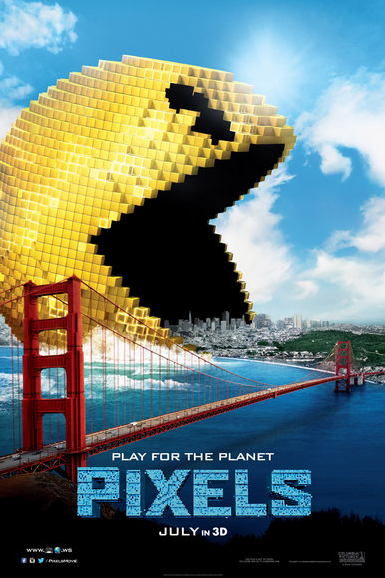 I didn’t play video games as a kid (beyond Frogger on our family Apple IIe), so I didn’t expect to relate much to the ’80s arcade game-loving theme of Pixels, which opens in theaters today. But, I wasn’t about to turn down the opportunity to see an advance screening of the film while in New York City, and to sit down with the cast and director the following day. So off I went, to see a movie I was sure my game crazy boys would love, all by myself.

I’m fairly certain Pixels director Chris Columbus wasn’t picturing me as his target audience, when he made this movie about 1980s kids whose young lives revolve around mastering games like PAC-MAN and Donkey Kong. But gamer or not, I am a product of that era, and ’80s nostalgia will get me every time. During the opening scene of the movie, where a kid races down the street riding a banana seat bike, calling out to his friend that the arcade is open, I was all smiles. The scene brought back sweet memories of childhood friendships and the freedom of taking off on a bike (mine was a pink Huffy).

The plot of the movie is so silly, I’m sure should be embarrassed about the number of times I laughed out loud.  But the combination of shamelessly goofy actors, cameo appearances by retro icons like Max Headroom, and a blaring ’80s soundtrack won me over.

As kids in the 1980s, Sam Brenner (Adam Sandler), Will Cooper (Kevin James), Ludlow Lamonsoff (Josh Gad), and Eddie “The Fire Blaster” Plant (Peter Dinklage) saved the world thousands of times – at 25 cents a game in the video arcades.  Now, they’re going to have to do it for real.  In Pixels, when intergalactic aliens discover video feeds of classic arcade games and misinterpret them as a declaration of war, they attack the Earth, using the video games as the models for their assaults — and now-U.S. President Cooper must call on his old-school arcade friends to save the world from being destroyed by PAC-MAN™, Donkey Kong™, Galaga™, Centipede®, and Space Invaders™.  Joining them is Lt. Col. Violet Van Patten (Michelle Monaghan), a specialist supplying the arcaders with unique weapons to fight the aliens.

The sheer implausibility of the story made it easy to sit back and enjoy the ridiculous banter between unlikely heroes, as they fought to save the world and get the girl. There are jokes aplenty, and some tender moments (like an adorable scene with the creator of PAC-MAN, reminding his big yellow “son” that he is a good boy). I saw the movie in 3D, which I would recommend as it really made the vintage video game graphics pop.