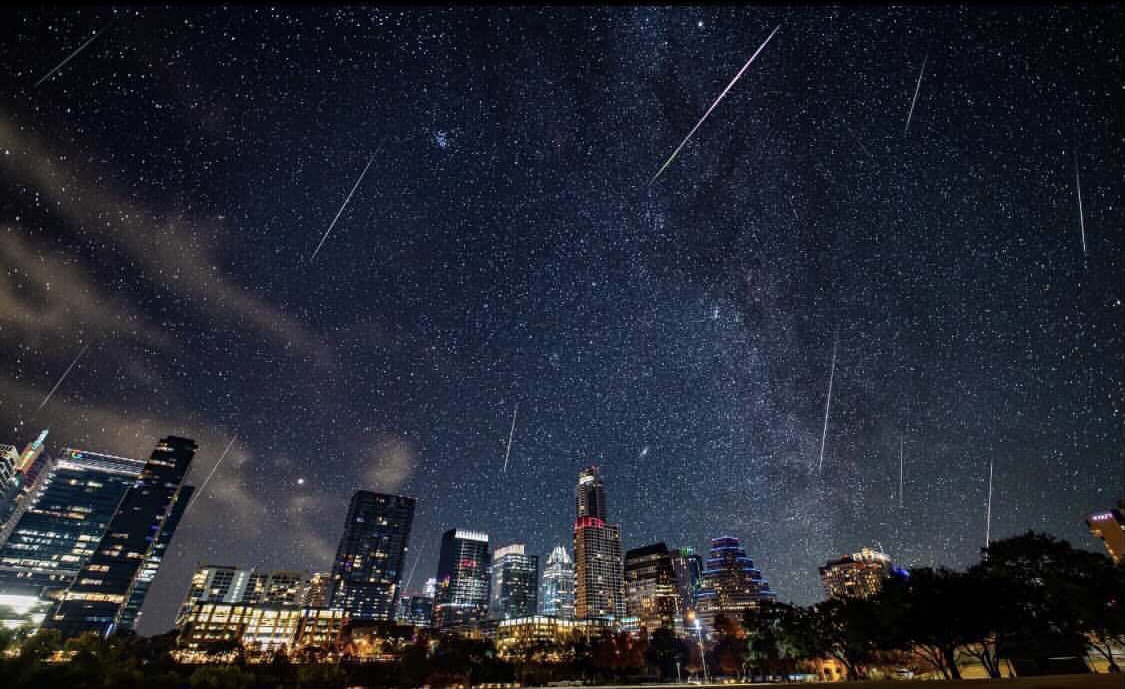 In his Instagram post, Proper says, “Despite the freezing temperatures and wild winds, I ventured out until the early hours, hoping to capture my first meteor shower! I had never seen or photographed anything like it before, so the excitement of witnessing the incredible shooting bolts of color across the midnight sky, was enough to keep me up all night.”

He goes on to explain that the image is a composite of eight different frames.

The cloud cover was unfortunately very dense both nights, so there was a lot of waiting and patience involved. And even though the Austin city itself puts out a lot of light pollution, the photographer points out that some meteors were so bright they were still visible overhead. For a clearer view though, he drove out to Fredericksburg, located right on the edge of the dark sky zone.

Here’s a little peek at what it would look like on your wall.

Looking for more Texas photos?
Check out these posts: