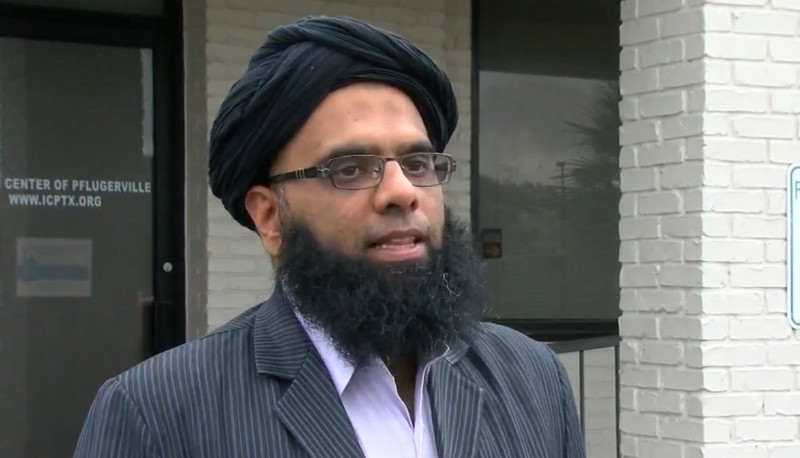 In today’s America, one thing is clear: Islamophobia has reached a new high. The Paris attacks, the San Bernardino shootings, the virulent rhetoric from certain politicians, and the willingness of mainstream media organizations to focus constant attention on all this madness have all contributed to the problem.

This came to a head in Austin recently in two ugly episodes. First, the Islamic Center of Pflugerville was vandalized by someone who decided to pour feces on their front door and litter the mess with pages torn from the Quran. Then two Islamic women were subjected to racist, hateful commentary at Kerbey Lane; meanwhile, the man harassing them was seated anyway. (The CEO later apologized, explaining that staff were unaware of what the customer said.)

To Faisal Naeem (pictured), a board member at the mosque and a full-time software engineer in the Austin area, the feelings these events bring him is all too familiar. Almost 15 years ago, Naeem had just graduated from the University of Texas at Austin and, like most alum, proudly wore his love for Longhorns football and especially enjoyed talking about the team online with other UT alum.

“I was a crazy, diehard Longhorn football fan in college and as a new alum,” Naeem said. “I followed recruiting pretty closely.”

Then, 9/11 happened, and suddenly the message board wasn’t about the Sooners or the Aggies. Sure, things could get nasty there after a UT loss, but this was something new. “The boards turned political,” he said. “There was a lot of [anti-Muslim] vitriol, and I didn’t know how to respond because I didn’t know my faith well.”

At the time, this was something of a surprise to Naeem, who simply was not raised around such open hatred. Born in Pakistan (when it was much safer, he said) and raised by parents who taught him the value of being a good person, Naeem had never experienced the cultural whiplash of fear and hatred that 9/11 sparked. While he wasn’t exactly devout, he did attend some of the UT Muslim Student Association events, but studies took up a majority of his time during Naeem’s school years and after graduation he fervently threw himself into his job search.

It was 9/11, and the vitriol he experienced on the UT message boards, that caused him to seek out spiritual guidance. That guidance came to him in the form of the Imam (a word meaning religious leader) at the North Lamar mosque, along with a variety of religious scholars who offered their advice. “I was oblivious to it all and I didn’t have very thick skin,” Naeem recalled. “I knew [terrorism] wasn’t what Islam was about. So, how was I supposed to respond?”

Since then, Naeem has taken an active role in the Austin Islamic community, and today he feels it is thriving. Three mosques have been built in Austin, in addition to the mosques at the University of Texas and in Round Rock. The Pflugerville mosque is actually an outlier because it does not have a full-time Imam, but it still maintains an active social calendar. 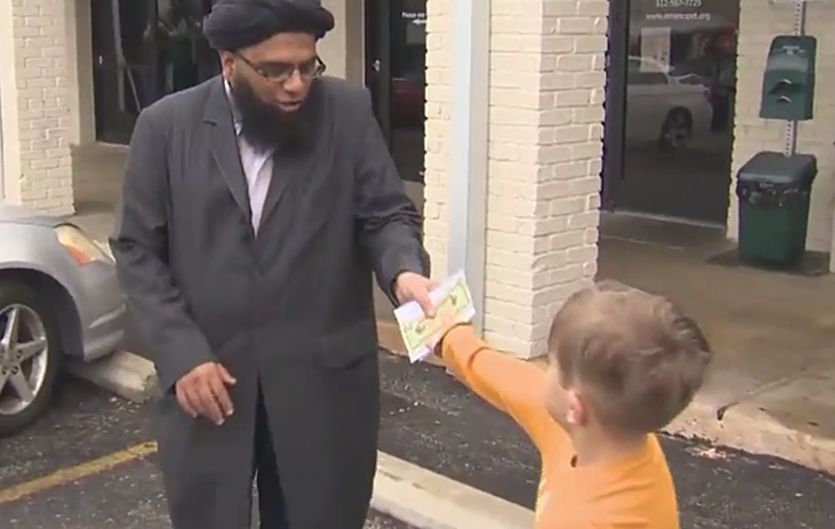 Naeem accepting a $20 donation from a 7-year-old Pflugerville boy.

They’re even teaching an “Intro to Islam” class soon — and expecting some new faces thanks to the outpouring of love from their neighbors, triggered by a little boy donating $20 (pictured above) because he felt so awful about the vandalism. Naeem told reporters that singular act by this innocent child was “worth $20 million to me and our community.”

As anti-Islamic sentiment still seems to be growing in the U.S. and much of the western world, Naeem has focused his work on education, teaching the true principles of Islam to those who simply do not understand the religion or the culture. Of course, in an increasingly dangerous and hate-filled environment, there’s also his own offspring to consider.

“My child asked me, ‘How can they throw poop at the mosque?'” Naeem said. “I told her, ‘When anger arrives, wisdom leaves.'”

That is why he’s so dedicated to education, Naeem explained. “We aim to educate others to help them understand our Islamic culture… I have made a great life here. At the end of the day, I raise a family here. My life is here and I always imagine Austin to be an oasis for immigrants for years to come.”

“And for the record,” he added, “no, I don’t check those [UT alum] message boards anymore. But I still believe in Charlie Strong.”
——

Check out this video from Austin CBS affiliate station KEYE-TV…