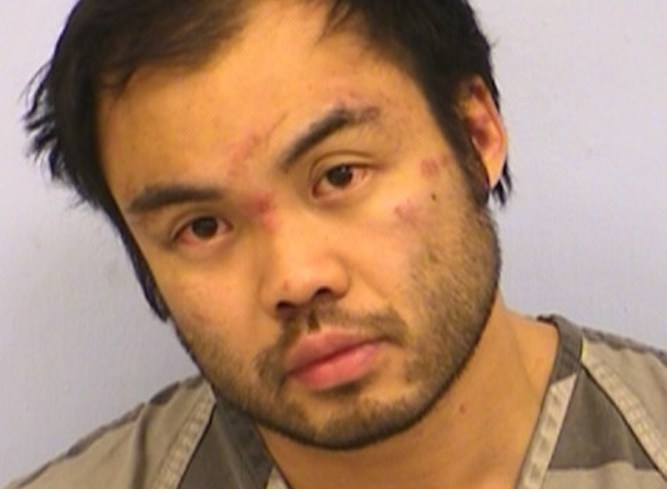 Paul Qui, the famous Austinite who won “Top Chef” in 2012 and operates several restaurants in town, was arrested Saturday on assault charges after an alleged drug-fueled party at his residence turned violent, according to an arrest affidavit.

A call first came in early Saturday from one of the chef’s friends who was concerned about a fight that had escalated between Qui and his girlfriend. Police arrived on the scene around 8 a.m. to find Qui with “blood all over his face, arms, legs and clothing.” The police report notes that his apartment was in disarray and littered with broken glass, with blood smeared on the walls. Police found Qui’s girlfriend crying and clutching a child.

She reportedly said that Qui and friends were taking drugs and drinking earlier, until he became enraged at his friends and demanded they leave for hitting on his girlfriend. She went on to claim that he prevented her from leaving with her son, and that he repeatedly slammed her into walls and the floor in an effort to keep her there.

Qui told police he wanted to keep her there until police arrived and was not actually assaulting her. He also said that she did not assault him. Qui is facing one charge of assault, a Class A misdemeanor, and one charge of unlawful restraint. He is currently out on bond, but could face up to two years in jail if both charges stick.

There’s sure to be a lot more detail to come on this story, so we’ll be following the developments closely.