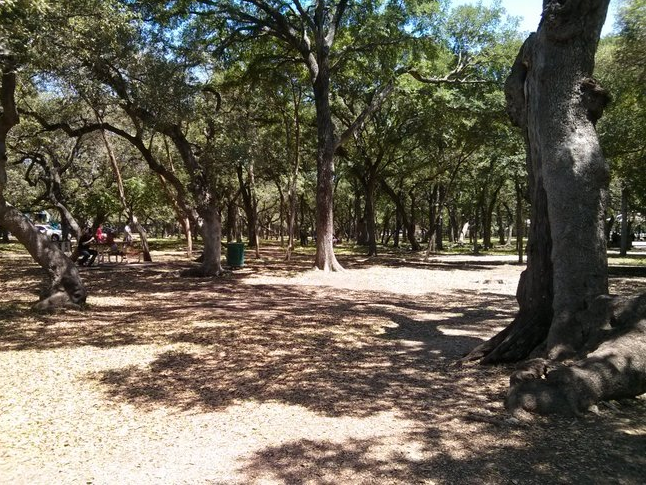 We first heard about Springwoods Park from my husband’s cousin, who probably said, “that park up near Spicewood.” Somehow we translated that as “Spicewood Park” for a name, and Spicewood Springs as the location—both of which are wrong. Springwoods Park is located at 9117 Anderson Mill Road, just a couple of blocks east of 183.

Once we’d figured all that out, we headed north. We’ve been wanting to find a hangout near the Spicewood Library (which actually IS on Spicewood Springs), for times when we head up there to pick up specific books. Since we’re coming from south of Lady Bird Lake, it seems a waste of gas to drive all the way up there without doing at least two things! Springwoods Park turned out to be a perfect stop, even on a very sunny afternoon.

There are two playgrounds. One is for smaller kids. 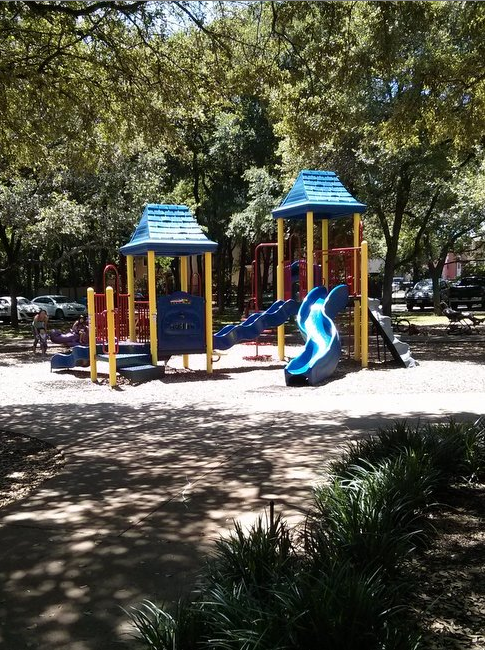 They also have a sand volleyball court, which was being used as a big sandbox while we were there, with a good number of smaller kids building castles.

The other playground is a great fit for our 7-year-old. I’ve rarely found a playscape in an Austin park sized big enough for 7- to 10-year-olds, but this one was. 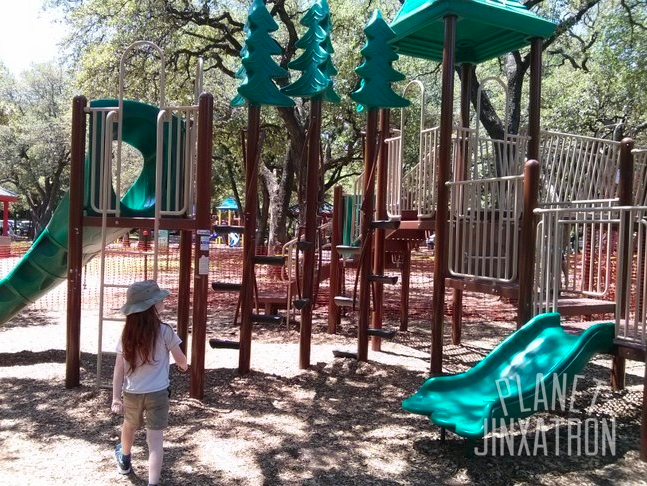 A lot of it seems designed to let kids get WAY high up, which was fine with my son.

The seesaw is big enough even for adults, and worked well with dissimilarly sized people as long as the bigger person was willing to play fair and keep things going. 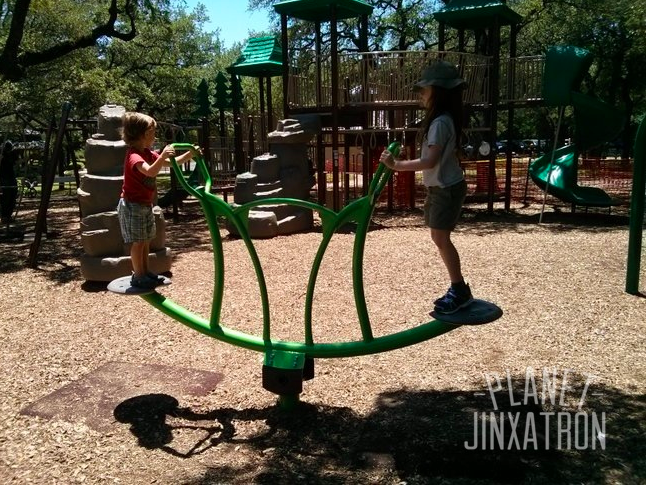 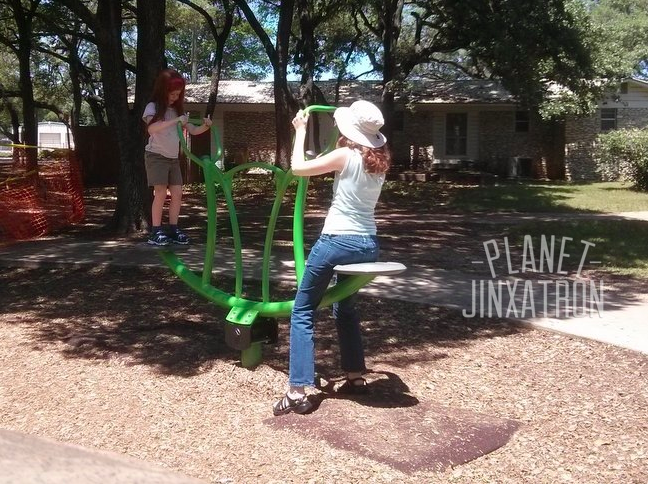 (The seesaw was really fun. I would probably go there on a date night, personally, just to do something totally different and fun.)

And most important, they have lots and lots of shade. There’s a large and small pavilion, plus a gazebo, plus lots of tree cover, with picnic tables scattered about.

The most important tree, though, is probably this giant one. 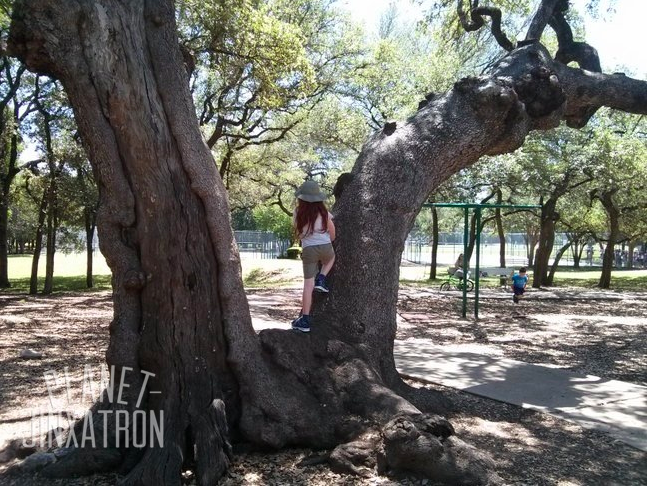 My son desperately wanted to climb it, but the natural bumps that form handholds for adults were just too far apart. Also, the part he wanted to climb onto is right over the concrete path. Didn’t stop his dad, though.

We barely scratched the surface of the 12 acres, so we’ll definitely be back. We didn’t even go on the hiking trail, which is just short of a mile around.

The one caution I would have is that the parking lot is really, really small. We were there on a nice weekend afternoon and didn’t have any problems getting a spot, but if someone had a large birthday party, I can see how it might get difficult. Assuming you can park, though, the playground areas are very close to the parking lot, which makes it easier for wrangling small children or for folks with mobility impairments.

Now we need to find more things in this neighborhood, so we can go more often! Learn more about this park on the city parks page.

About the author: Skye got back to Austin in 2000 and she’s never moving away again. She blogs her geeky mom life to a 7-year old boy at Planet Jinxatron, reviews Austin on Yelp, and gets unreasonably happy when people follow her on Pinterest.