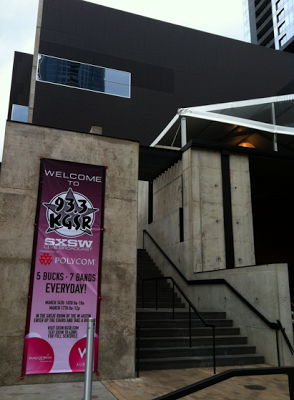 Our Free Morning at SXSW (You Can Do It Too!)

My kids had such a blast at ScreenBurn Arcade on Sunday, playing video games and cleaning up on free t-shirts and stuffed animals, that they wanted more SXSW action. So this morning we headed back for SXSW Part Deux!  Here’s where we went, and how you can do it too.  There are still three fun-filled days of SXSW left! 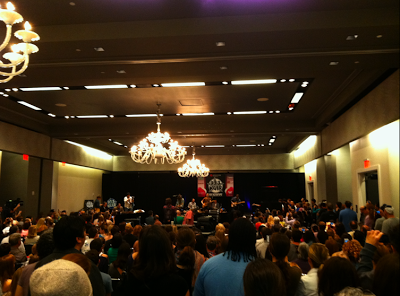 Visit the W Austin, mornings through Saturday, March 17, 2012, for live music and lots of it!  Admission is free with a $5 donation to the Make a Wish Foundation.  Be sure to arrive early because once the Great Room reaches capacity, you’ll have to wait in line (at which point one person will get in for every one that comes out).  We didn’t arrive as early as I wanted this morning, so we had to wait about 20 minutes to get in.  But, once inside, we walked down the hallway and bumped into Ingrid Michaelson and Nakia!  I was initially unsure if this would be a kid-friendly venue, but there were plenty of little ones there, from babies on up.  Go here to see the lineup for Friday and Saturday mornings.  Be sure to bring cash to put in the donation box.  We parked with ease in the City Hall parking garage on Lavaca, which is reasonably priced.  If you stay more than 3 hours you will pay just $10.  But here’s a hot tip: swing by the Austin Java next door to City Hall, have them validate your parking garage ticket, and you’ll get 2 hours of parking free. 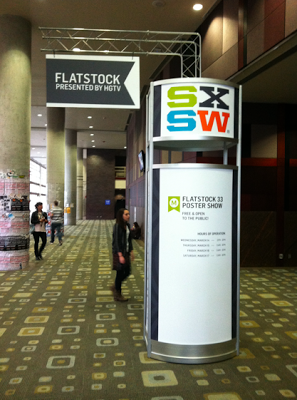 After the final performance at the W, we wandered over to the Austin Convention Center to check out Flatstock 33, which is free and open to the public.  The poster show doesn’t open until 11 a.m., but there are 3 tables of LEGO to keep you busy if you arrive early. 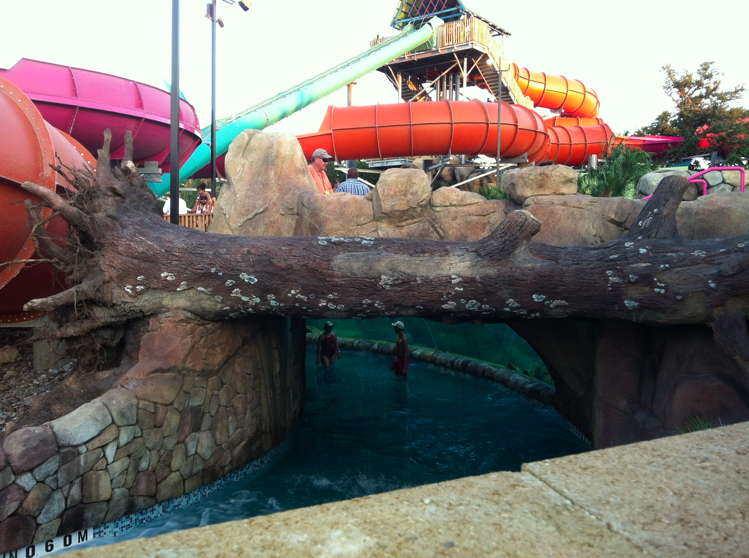 I’ll be honest, I didn’t think Flatstock would be all that interesting.  But, oh boy, was I wrong.  Every single booth at the show is manned by the artist.  So, you get to chat with interesting artists who have come to SXSW from as far away as Manchester, England (and listen to their delightful accents).  There was even one child artist there, selling copies of his poster.

You may also have the opportunity to see some art-making action.  We watched this artist from Speedball make (bacon) Flatstock posters. 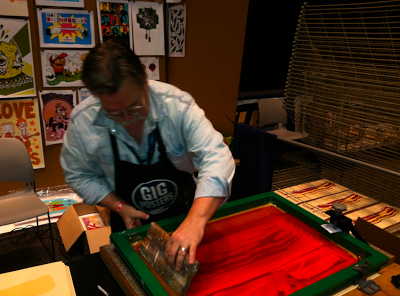 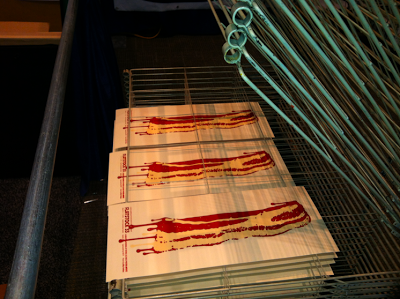 I could hardly drag my daughter from booth to booth, because she wanted to see every single poster, t-shirt, magnet and post card.  The work was all pretty amazing and everyone was very friendly.  Several booths had buttons, which ranged from free to $1, so my daughter selected one from each and ended up with quite a collection. 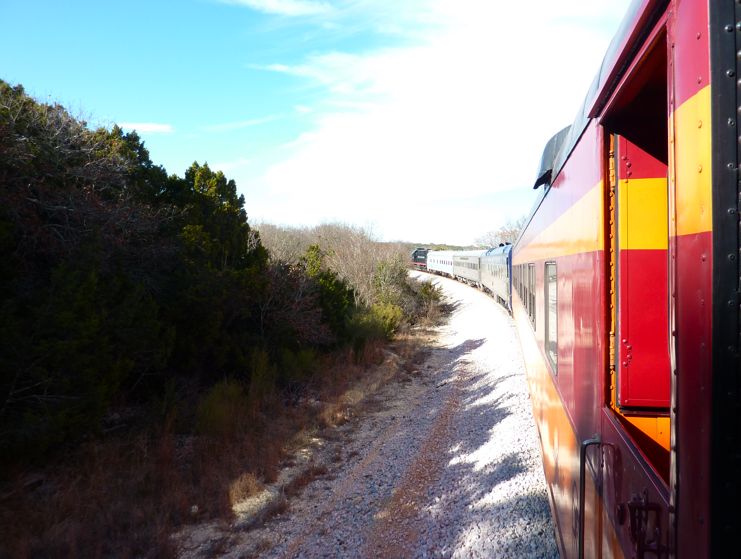 Many of the booths offered free stickers and (framable) post cards.  But somehow, we still managed to discover a few prints and t-shirts we just couldn’t live without, making our free morning a little less free. 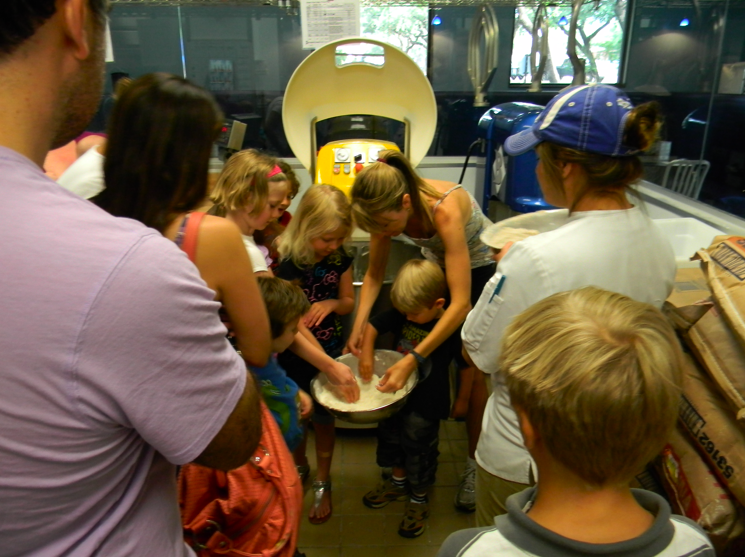 Also located inside the Convention Center, the Music Gear Expo is quite a bit smaller than Flatstock, so we didn’t spend as long in there.  But, it was worth the visit just to climb inside a tour van (which cleverly holds five beds!), and to peek in the Austin Airstream.  The Austin Airstream is a fully restored 30-foot 1970s Airstream owned by the Austin Convention & Visitors Bureau.  It will soon be touring the country as a rolling tribute to the Live Music Capital of the World.  Stop by during SXSW and you can get a free poster and a free CD (there are several CDs featuring local artists to choose from).


Walking Down the Street


This is worth mentioning because people are handing out free stuff left, right and center!  We got free gum, free cereal, a free novel, a free CD, and a free poster.  The streets around the Convention Center are Free Central!  There are also some pretty fun photo opps, with mascots and people in costume wandering around. 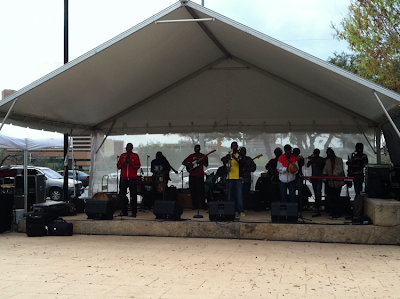 
More Free SXSW That May Interest You:

If you’ve been to check out SXSW with kids, I’d love to hear what you did!
Tags:
Post Comment