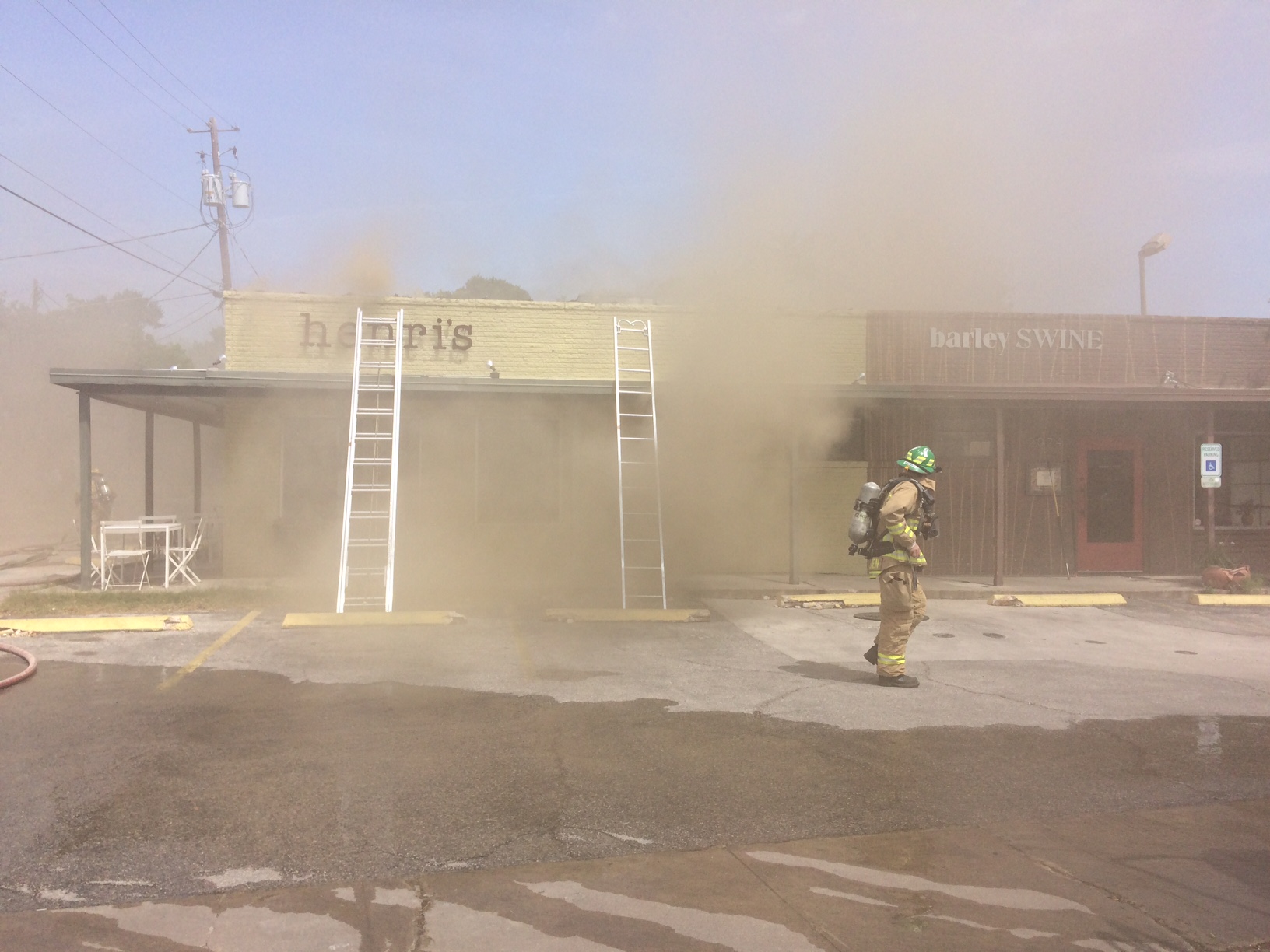 One Of Our Favorite Spots For Cheese And Wine Caught On FIRE Today!

If you’re wondering where that smoke on South Lamar came from today, we’re sad to report that Henri’s Cheese and Wine on Oltorf caught fire this morning during lunch. Although the thought of melting cheese is very exciting, the damage to the building and product that the fire caused is not.

The fire started on accident in the attic space of the building by roofers who were working on it. Other fallout from the fire included smoke and water damage to Barley Swine’s former restaurant space next door (now used as an event space). Between the two buildings the fire caused $300,000 worth of damage. One firefighter sent to the hospital for a back injury and is listed in good condition.