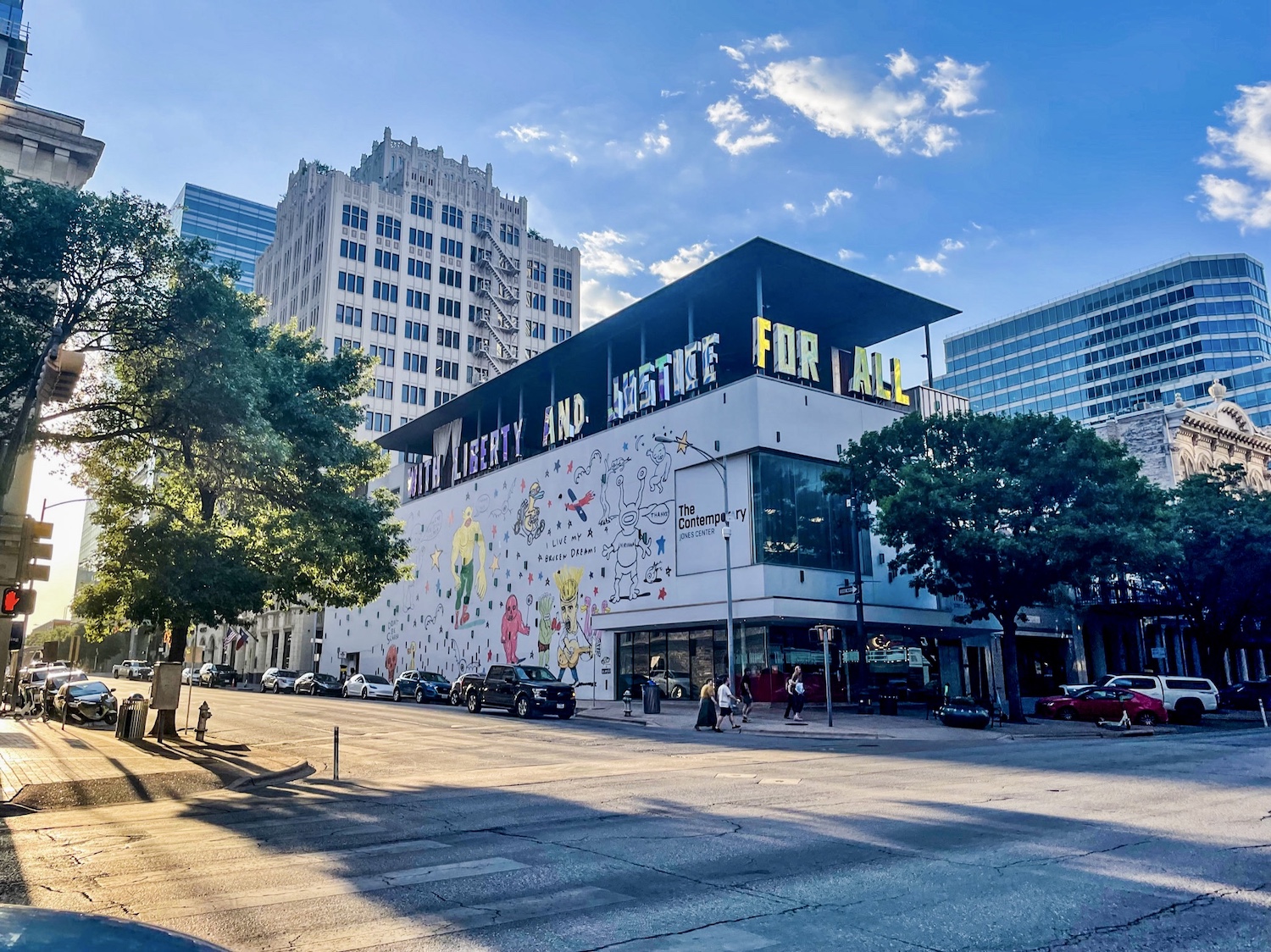 The Contemporary Austin has a new exhibit! Tarek Atoui: The Whisperers opened at the downtown Jones Center location in April and will be on display through August 14, 2022.

About Tarek Atoui: The Whisperers

Before The Whisperers opened to the public, three musicians-in-residence each spent two weeks experimenting with sound-making materials Atoui designed, creating dynamic exchanges between the artist and Austin’s vital community of experimental musicians and sound artists. In these performances, one of the musicians-in-residence will take their earlier research full circle by responding to the artist’s completed installation.

Winner of the 2022 Suzanne Deal Booth / FLAG Art Foundation Prize, Tarek Atoui (Lebanese, born 1980 in Beirut) is a Paris-based artist and composer whose work explores the medium of sound, through a highly collaborative process that generates networks of community involvement. The dynamic installations on view in Tarek Atoui: The Whisperers are both sound environments and spaces for activation through occasional live performances.

Learn more about The Contemporary Austin and see when live performances are happening at the exhibit here.

The Contemporary Austin is excited to welcome the public to its Green Screen Film Series, taking place one Thursday peach month throughout the summer. This season’s films consist of classic sci-fi movies featuring other-worldly beings inspired by the museum’s alien-like silver sculpture by Tom Friedman, Looking Up. The museum still offers free Laguna Gloria Nights on most Thursdays where the grounds are open late and open to the public for roaming and lantern tours, though this monthly series is the one ticketed but worthwhile exception.

The next featured film in this series, Fantastic Planet, will screen on Thursday July 7. The surreal movie is an allegorical story about humans who live on a strange planet dominated by giant humanoid aliens who consider them animals, based on the 1957 novel Oms en série by French writer Stefan Wul. Guests are encouraged to gather their friends and families, pack a blanket, and arrive early to wander the grounds and experience the sculpture park as the sun sets. Food and drinks can be purchased from SPREAD & CO. at Laguna Gloria, and guests are allowed to also bring their own goodies to snack on during the movie screening. Gates open at 7:30 p.m. and the film starts at 8:45 p.m., so guests are encouraged to arrive early to pick a spot as they are first come, first served. The remaining screenings in this film series will take place on August 4 and September 8.

Tickets for members of the museum and kids under 18 are available for $5, and the general public can purchase theirs for $10. For those interested in becoming members, more information is available here. Perks to becoming a member include unlimited admission to The Contemporary – Jones Center location downtown, its sculpture park at Laguna Gloria, plus access to special events, art school classes, shop and cafe discounts, and more.