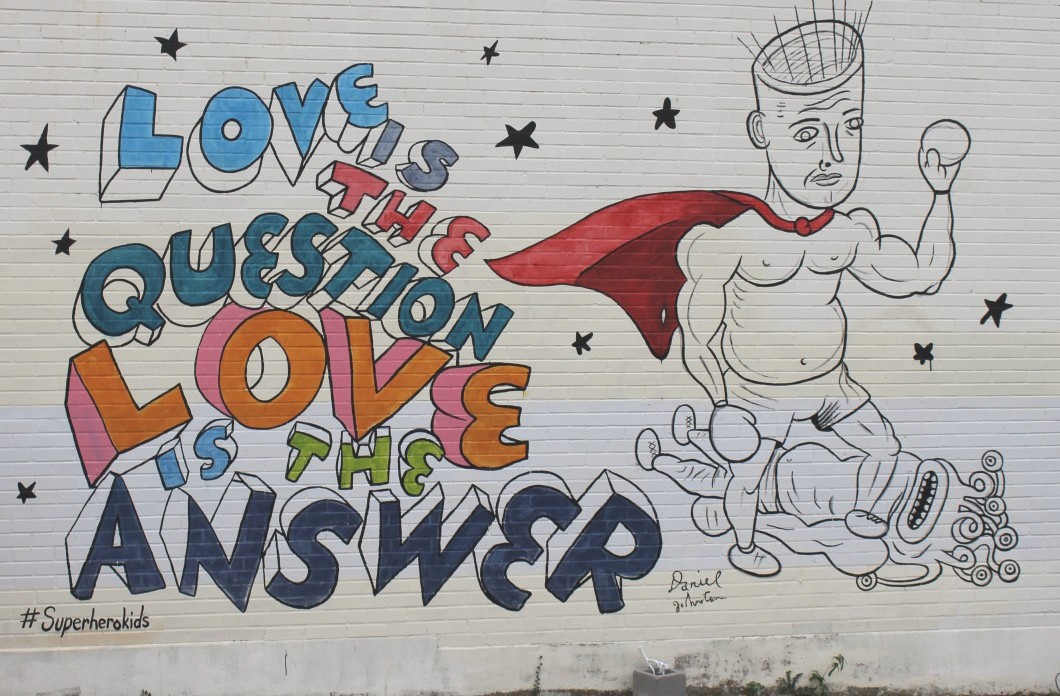 A new mural by Austinite Daniel Johnston was unveiled Monday on the side of Nau’s Enfield Drug on West Lynn Street downtown.

Johnston, a celebrated musician and songwriter, also painted the famous “Hi, How Are You?” mural off Guadalupe near the UT Austin campus.

His latest art installation was sponsored by Austin-based ad agency GSD&M, intended as a Christmas present to Austin and a means of aiding Superhero Kids, an organization that supports the Children’s Blood and Cancer Center. T-shirts bearing the artwork are currently for sale at Nau’s.

“I accept this gift to the City of Austin on behalf of the City of Austin,” Mayor Lee Leffingwell said at the unveiling ceremony. “The real super heroes, as all of us know… Are those kids battling cancer, and the doctors and nurses and medical personnel, and all the folks who come together to help them.” Thanks for the awesome Christmas present, Daniel! Don’t forget to tweet your thanks too, via #Superherokids.