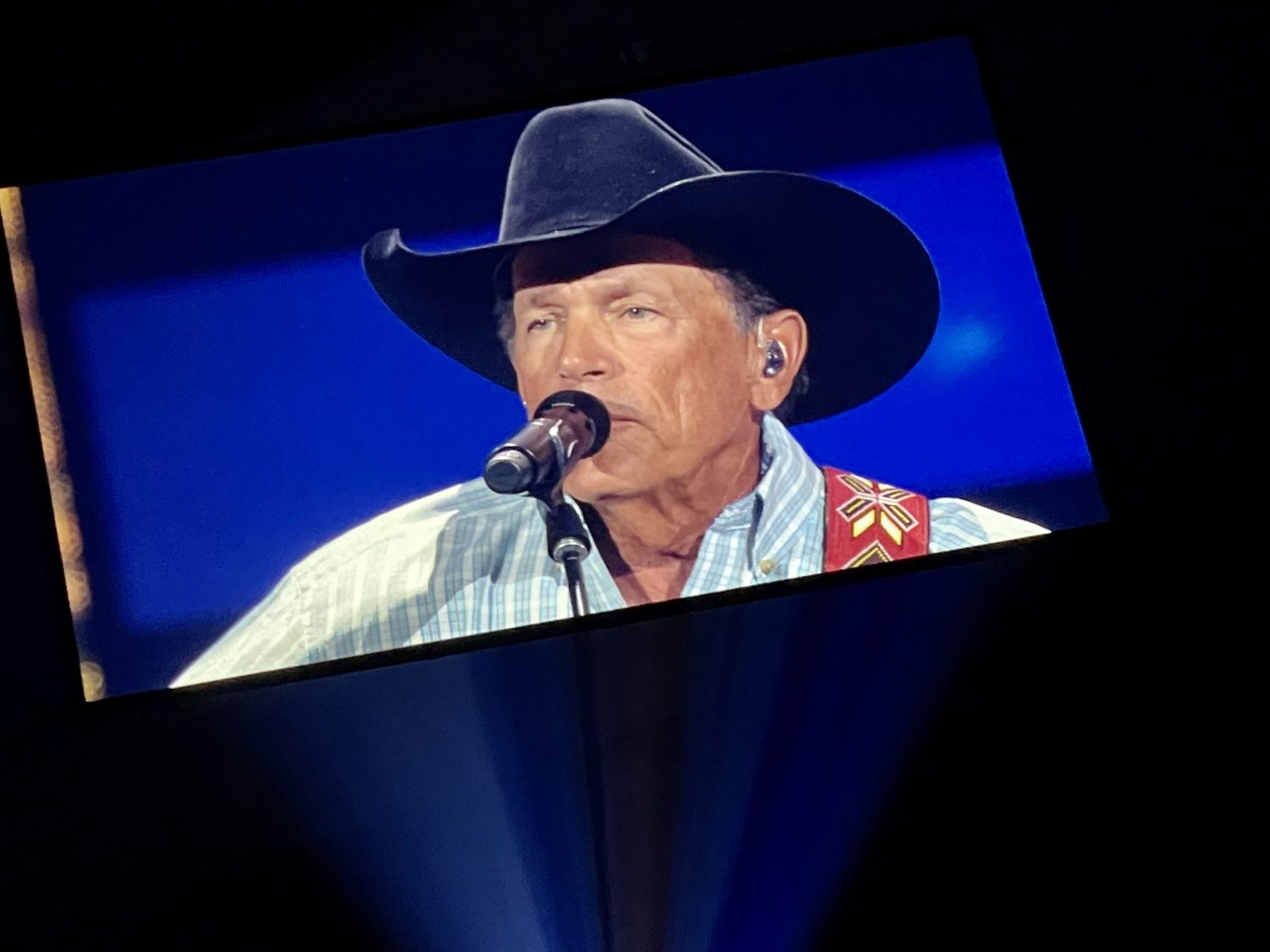 Even George Strait knows that the Broken Spoke is So Austin! The country music legend gave the old Austin joint a shout out at the iHeart Country Festival on Saturday night.

After making a surprise appearance on stage, Strait asked the crowd if they’d ever been to the South Lamar spot.

“You need to go there if you haven’t,” he said before playing his classic tune “Amarillo by Morning.”

See the shout out video here and then watch George Strait perform here.

The country bar and restaurant is so proud of their ties to The King that they have this sign out front.

And Strait put the honky tonk on the cover of his album in 2019.

The Broken Spoke has been an Austin institution for over 57 years. You’ll find all kinds of tributes to the artists who have performed there over the years like George Strait, Willie Nelson, Dolly Parton, and more.

See pictures and learn more about what’s gone down over at the Spoke throughout the years right here.